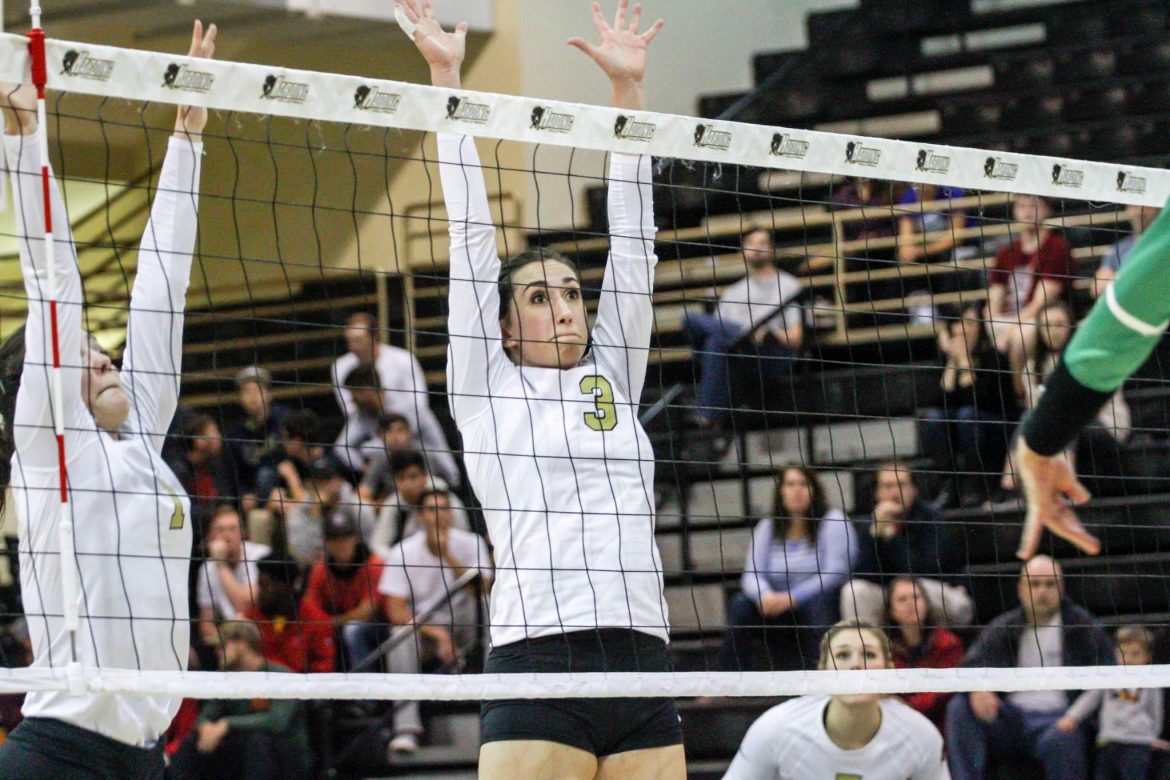 The women’s volleyball team is tied for first place against Oklahoma Baptist in the Great American conference after a 3-0 win against Henderson State on November 3. The team currently has a seven-win streak, including their first away win at Southern Arkansas University on Nov. 1.

“The Southern Arkansas game was tough for us because it was about us coming together and showing everyone that we could still be a good team on the road and doing what we’ve been doing at home in someone else’s gym,” said sophomore defensive specialist, Taylor Lake.

“SAU was the first time we had played away in a while and so we really wanted to prove that we weren’t just winning because we were home, it was because we’re playing well,” said sophomore outside hitter, Madison Poen.

Zoe HardinandAlex Nolanled Harding with eight kills. Hardin, who leads the GAC in blocks had seven while Nolan and Taylor Lake had 16 digs each.

“We are always happy to get on the bus with a 3-0 win on a road trip. We were a little more streaky tonight than I would like but we did a good job scoring when necessary. Our defense did a great job tonight,” said coach, Meredith Fear in an interview with Harding Athletics.

“Especially these past couple of games we’re really found our groove, so we’ve been working really well together. We were disappointed with last season, so this season we came in ready to win,” said Poen.

Harding was led byHardinandEmily Claytonwho each had 10 kills for the Lady Bisons. Hardin hit .562 and added seven blocks. She had 10 against Henderson State earlier this season.

The Harding defense was led by Lakewho had 13 digs.Nolanadded 11 and also had three blocks.

“We’ve hit a point in the season where we’re really connecting as a team and really understand how the people next to us play. It was a matter of us coming together as a team and deciding we were going to do our best,” said Lake.