Home News ‘It Is Time’ 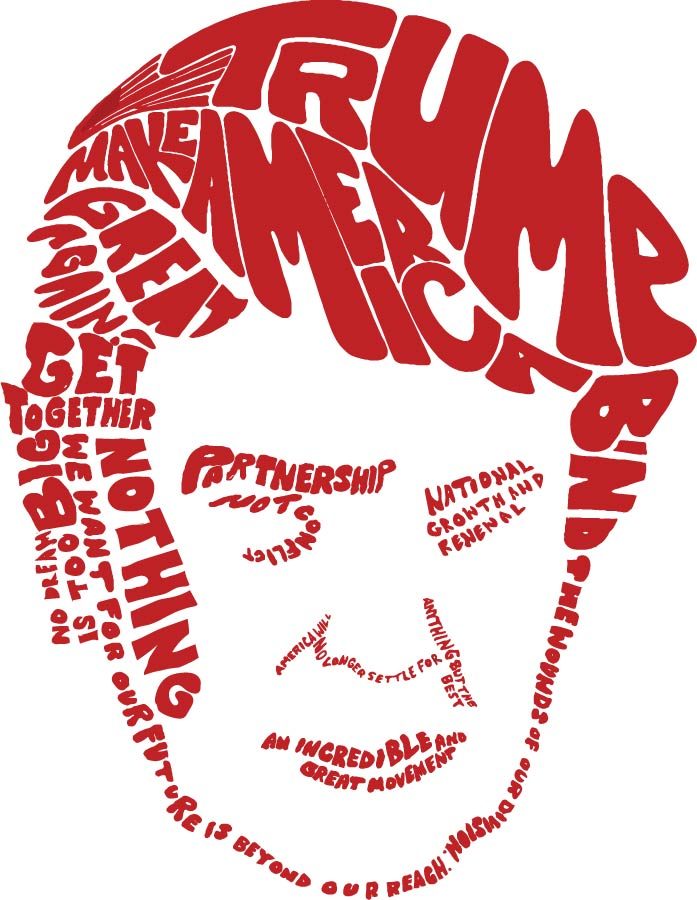 “It is time for America to bind the wounds of division,” Donald J. Trump said on the morning of Nov. 9, 2016. “To all Republicans and Democrats and Independents across this nation, I say it is time for us to come together as one united people.”

Just before 3 a.m. on the morning of Nov. 9, Trump addressed the crowd at the Midtown Manhattan Hilton hotel to declare that he had won the election to become president of the United States, saying Hillary Clinton had called him to concede the race just minutes before his appearance.

“As I’ve said from the beginning, ours was not a campaign, but rather an incredible and great movement made up of millions of hard-working men and women who love their country and want a better, brighter future for themselves and for their families,” Trump said. “It’s a movement comprised of Americans from all races, religions, backgrounds and beliefs who want and expect our government to serve the people, and serve the people it will.”

According to the Associated Press, Clinton earned 59.9 million votes while Trump only received 59.7 million. However, Trump won 279 electoral votes compared to Clinton’s 228, securing the 270 needed to ensure the presidency. This is the first election since 2000 in which the candidate with the popular support of the voters lost the electoral vote, the last being George W. Bush versus Al Gore — Gore receiving the popular vote, but not the electoral vote. This is only the fifth time in U.S. history that this has occurred.

Just days before the election, the majority of polls declared Clinton would win the race, calling into question the credibility of even the most renowned pollsters. Examples include an 85 percent chance of a Clinton victory from The New York Times and 98.3 percent from The Huffington Post.

In addition, both the Senate and the House of Representatives gained a Republican majority on election night, giving the Republican party control of the entire legislative and executive branches.

Stephanie O’Brian, director of academic resources, said she followed polls and the projected maps for months and was surprised by the outcome.

“I truly did not anticipate Trump winning — at all,” O’Brian said. “I believe that, because of the true polarizing nature of Trump as the Republican candidate, many people did not truly decide they were going to vote for Trump until that morning. They could not bring themselves to tell a pollster they were voting for Trump because they did not want to.”

Sophomore Madison Hicks said she anticipated Trump’s victory and was pleased with the outcome. According to Hicks, Trump will help the U.S. succeed.

“I believe that what happened Tuesday night was a direct reflection of America’s contempt with big government and their desire for change,” Hicks said. “Trump reached the people on a basic, simple level that gained him voters and support. I am prayerful that this presidency finally brings the positive change that America has been desperately searching for.”

According to USA Today, protests erupted Wednesday in most major U.S. cities, notable examples including Los Angeles and New York City, just outside of Trump Tower. Protesters used the hashtag #notmypresident to signify their disapproval of the results of the election.

Clinton, who had planned an extravagant victory party complete with confetti to mimic the shattering of the glass ceiling, instead gave her concession speech Wednesday at the New Yorker Hotel in Manhattan.

“This loss hurts,” Clinton said. “But please never stop believing that fighting for what’s right is worth it.”

“Everybody is sad when their side loses an election,” Obama said. “But the day after, we have to remember that we’re actually all on one team. This is an intramural scrimmage.”