Home Opinions The Perils of Pauline

The Perils of Pauline 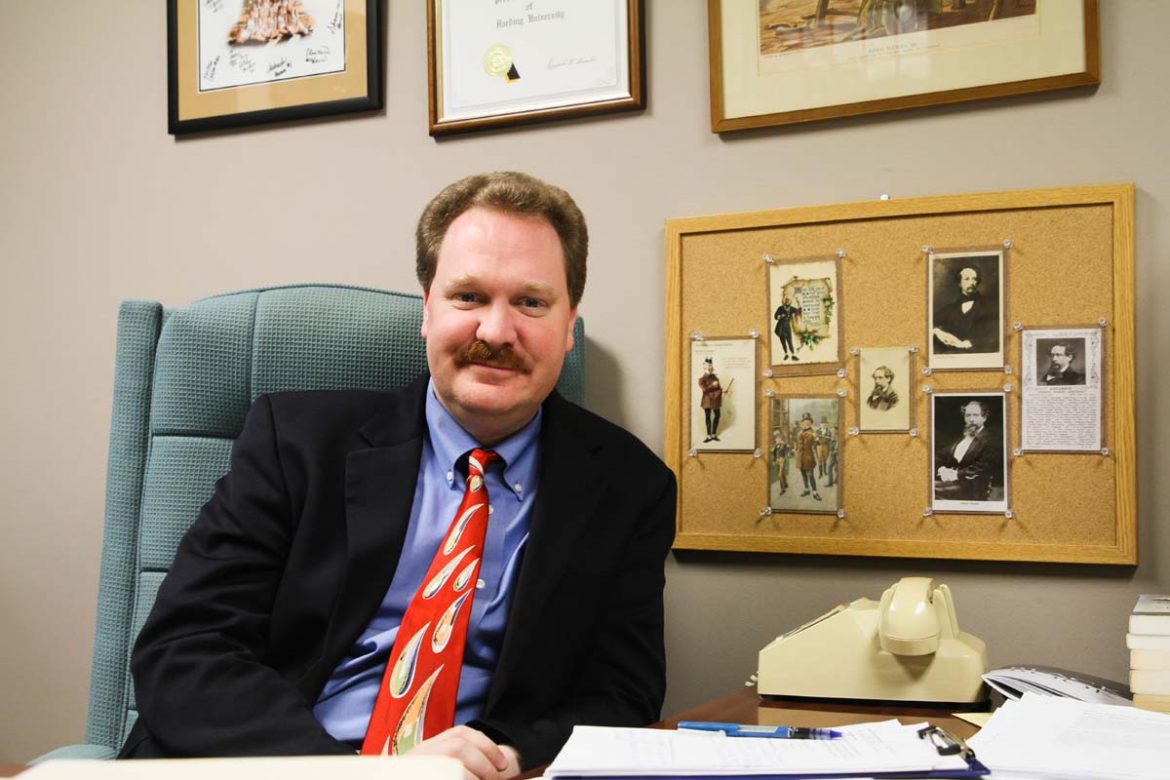 I need to confess something, and please try not to be shocked. Yes, I am the mild-mannered English teacher who never goes anywhere without a sport coat and a blue pen and who gets his thrills picking up trash off the sidewalk. But I have a secret. It happened a long time ago in another state, but it may still cause a scandal.

You see, for nine years, I lived with an older woman.

Her name was Pauline, and the story goes like this. In 1994, I graduated from a college that was only 45 minutes away from home. Next I was headed out to grad school at the University of North Carolina at Chapel Hill, and for the first time in my life, I was about to change my address. Since I knew nothing about the Carolina housing market, my mother suggested that I call the local Church of Christ to see if they knew — in her words — a “sweet little old lady” who had a room for rent.

So we called, and they did. As it turns out, a woman in the church had just mentioned to the minister the previous week that she would like to rent out a room in her townhouse to “a nice young man.” A few weeks later I went up for a visit, met Pauline, and signed a lease. The deal was a classic win-win: I got a place to live that was convenient and inexpensive, with occasional invitations to dinner downstairs. Pauline got some extra income and help with household chores.

But she never liked me to tell that story, mainly because she didn’t want to be called “a sweet little old lady.” I, on the other hand, have always embraced the title “nice young man” and plan to continue using it long after the “young” part becomes comical many years from now.

Pauline was born in West Virginia in 1919. She raised a family in Columbus, Ohio, and continued to live there after her husband died of a brain tumor. She worked as a church secretary for years, but when that situation ended, she decided it was time for a change. So she chose a place on the map at random and moved to Durham, North Carolina, not knowing a soul there. She soon got a job as a secretary at the Environmental Protection Agency.

When I met Pauline, she was 75 and a real character. She was quick-witted and full of spunk. She laughed all the time and loved needling her friends… and her new roommate. She noticed how often I had chicken for dinner and kept expecting me to start shedding feathers. She had one of those bird clocks that chirped every hour on the hour, and the more annoyed other people were by it, the happier Pauline was. She had arthritis, and when a friend once suggested that she try eating raisins soaked in gin, she said she might try it and just throw away the raisins.

Of course she was kidding. Her joyful sense of fun came from a deep faith. Pauline woke up every morning at 5 a.m. to read her Bible. She crocheted stocking caps to give to the homeless and painted T-shirts by hand to send to children in Honduras. She hosted a Bible study in her home every Thursday, continuing a tradition from her Columbus days and not stopping, even after she moved into a nursing home a few years back. Pauline was both funny and a stickler for truth. Whenever someone expressed a theology that was not based in Scripture, she would ask if it was from II Opinions.

She had simple tastes. She drove a huge, rusty old Lincoln and liked watching “Little House on the Prairie.” She maintained a hummingbird feeder and loved to gaze out her window to observe the birds at mealtime. She introduced me to a dominoes game called “Chickenfoot,” and I discovered how fiercely competitive she was. Some nights she stayed up late playing Solitaire on the computer, a machine she used for no other purpose.

When I moved in, neither of us had any idea how long it would last. Had she known I would stick around for nine years, I wonder if she wouldn’t have run screaming back to Ohio. But we stuck together year after year. Even when she moved twice, I moved with her.

She had three rules when I first moved in: no drugs, no booze, and no girls. I dutifully obeyed the rules. In case you’re wondering why I’m still single, I guess I keep forgetting that the ban on girls was lifted when I moved out. A fellow gets used to the rules.

I’ve visited Pauline a few times since then. At 96, she’s still sassy. During one visit, an announcement over the intercom called the nursing home residents to their weekly Bingo game. I said, “Hey Pauline, it’s time for Bingo.” She deadpanned, “I can hardly wait.”

I used to tease her by asking if she had starred in “The Perils of Pauline,” a weekly melodrama of the silent film era. She didn’t mind being old and just laughed it off. She gave as good as she got, so we made a pretty good team for nine years. Pauline hasn’t been well lately, and I pray God’s blessings upon the wisest and wittiest roommate I ever had.