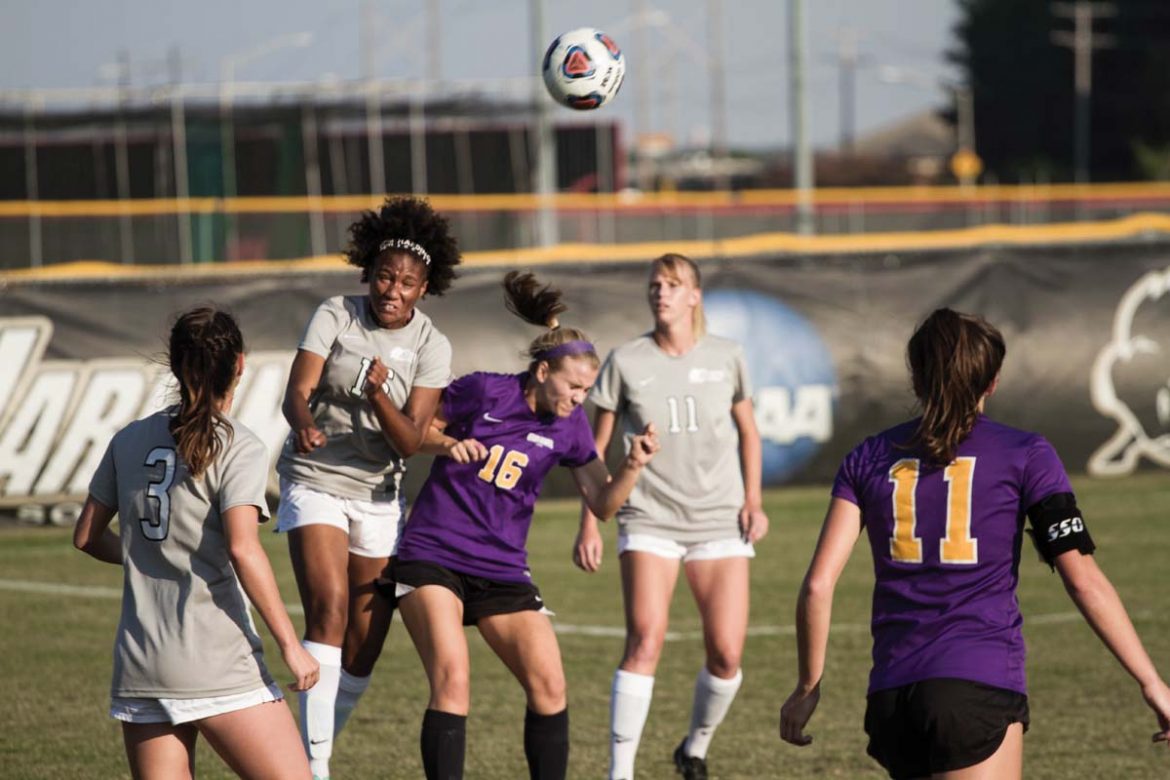 The men’s and women’s soccer teams have closed out their seasons, both finishing third in the Great American Conference (GAC). The women defeated East Central University (ECU) 6-4 on their Senior Day, the highest scoring game in GAC history. The men lost to Mississippi College 1-0 on Sunday, Oct. 30 in Clinton, Mississippi for their final game.

In the men’s final conference game, the Bisons lost to conference opponent Ouachita Baptist University (OBU) 2-0 in Arkadelphia on Oct. 25. This game put the Bisons in third going into the conference tournament.

The women’s team finished their season with a second-half comeback against East Central Univerisity (ECU), a team that was playing for a chance in the conference tournament.

“Our mentality in the second was just to attack. And that is what we did,” senior defender Melita Sutherland said. “Once we scored the third goal of the second half, I knew that we were going to get one more. We were just that much more aggressive and intense than they were, and it was just a matter of time before we would score one more.”

Both teams will take on OBU in the first round of the conference tournament. The Bisons lost both matchups while the Lady Bisons tied the first 0-0 in overtime and lost the second 2-0.

“Well I’d like to think that if you play a team three times, that you will get them one of those time,” men’s head coach Jon Ireland said.

“For us, it’s just about preparing and making sure we focus on how we can get better today … It’s going to be a good challenge, and we’re excited for it.”

Head coach of the Lady Bisons, Greg Harris said that his team needs to have the same intensity in the first half of this game as they did in the second half of the game against ECU.

“We just need to match (OBU’s) intensity, and then up it,” Harris said. “They need to know that when they play against Harding it is going to be a battle.”

Foster said their intensity is what will help the team beat OBU in the first round of the GAC tournament.

“This is a team that has been holding us back for the last couple of years. We haven’t been able to beat them,” Foster said. “It just starts with our intensity. If we can step that up, it will help our pressure on the ball and help us get higher up the field which will help us create more chances.”

The Lady Bisons hope to carry the momentum from the 6-4 win over ECU into their GAC tournament matchup against OBU.

“In tournament play, we are at the point where if we lose, we are out,” Sutherland said. “So we have to keep that mindset and mentality, and just work our hardest. The mentality at practice has been good, so if we just keep that intensity, we will be good.”

The men’s team begins their conference tournament today at 4 p.m. in Shawnee, Oklahoma. The women played their opening game on Thursday, Nov. 3 in Weatherford, Oklahoma, but results were not available at press time.