Volleyball Wins One of Two 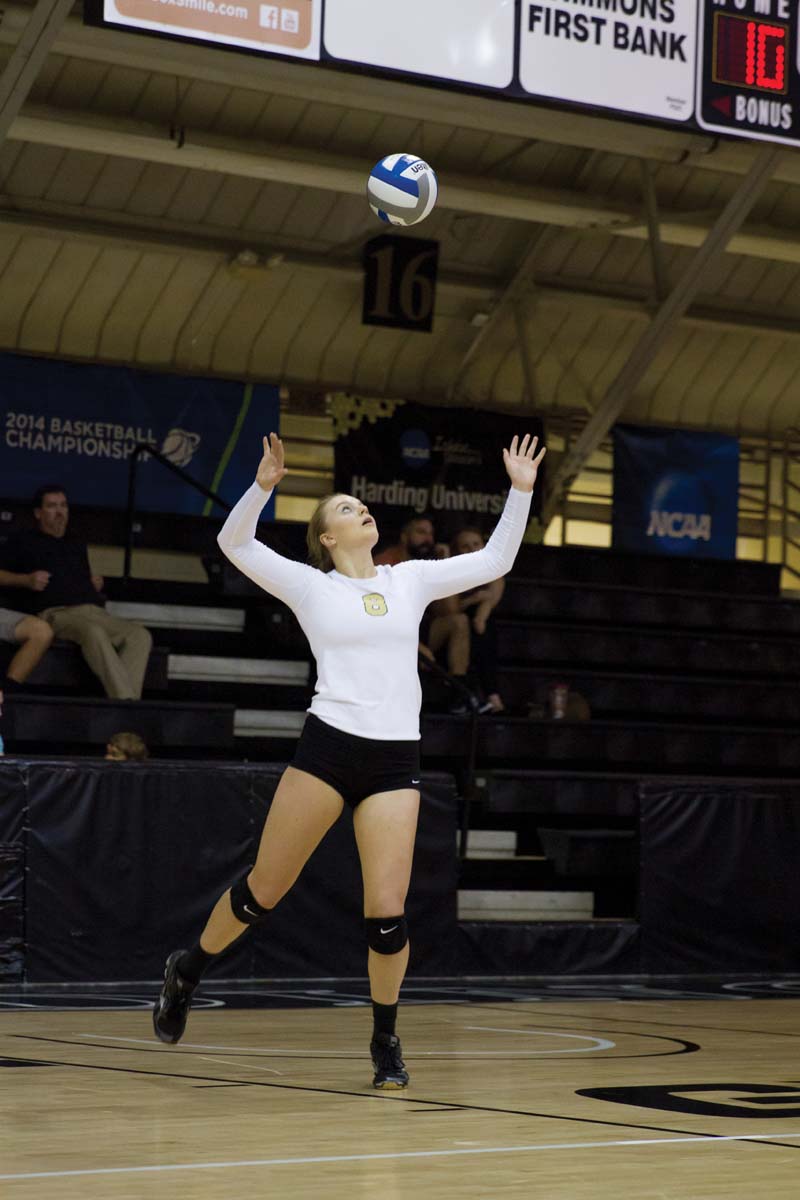 The women’s volleyball team played two games on the road in the Great American Conference (GAC) this weekend, losing to Southwestern Oklahoma State (SWOSU) Friday before beating Northwestern Oklahoma State (NWOSU) Saturday. They played SWOSU on Friday in their second five-set match of the season, losing 3-2 with 58 kills, before they came back the next day and swept NWOSU in three sets with 44 kills. This puts the Lady Bisons at 14-6 overall this season and 6-3 in the GAC.

“I’m proud of how the team responded … after a tough five set loss on Friday,” Fear told Harding Sports in an interview Saturday. “We put together a phenomenal defensive effort. Two players had break out matches … but it was a full team effort.”

Lady Bison sophomore middle blocker Zoe Hardin, who made 16 kills and 10 blocks overall this weekend, said she is pleased with how well the team played.

“It’s the middle of conference and we’re traveling, so it’s hard to compare it to earlier in the season, but we have seen progress looking around,” Hardin said. “I definitely think we’re looking better in certain areas and we’re playing better as a team, so I’d say we’re pretty good.”

Sophomore outside hitter, Emily Clayton, who tied her personal record with 17 kills Friday and led Harding on Saturday with 15 kills, said for the most part she felt very successful in her abilities and collaboration with the rest of the team.

“I always try to bring my A-game to every match, both as an individual player and as a teammate, and I was mostly successful in doing that this weekend,” Clayton said. “I also matched my record of kills Friday, so … I feel like I benefited the team in that way. But as always, there is room for improvement in fixing the mistakes I make on the court.”

Hardin said the team could improve on starting stronger earlier in the match, although on Saturday they made up in the second game what they lacked in the first.

“Specifically we sort of wait till we’re losing to step up our game, instead of starting off strong,” Hardin said. “But Saturday we came out with a vengeance … and helped us get our motivation back. I think we’re definitely getting better at our defense, and it’s really contributing to our ability to get more kills.”

This victory comes on the heels of a 1-3 defeat to University of Arkansas at Fort Smith in non-conference action Tuesday. The Lady Bisons will play Williams Baptist at home on Monday Oct. 17. Williams currently stands at 8-11 overall.