Home Sports Zalenski Among the Best on and off the Field 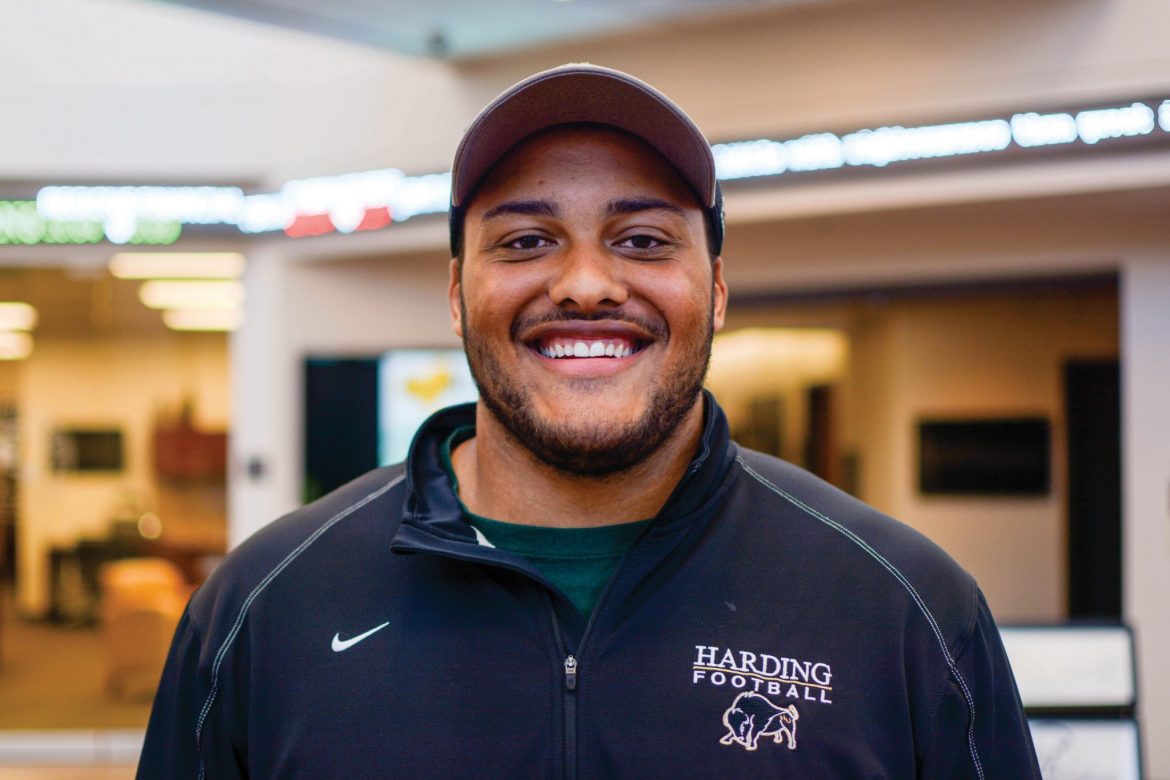 Cordell Zalenski, a senior accounting major and defensive end for the Bisons, is a semifinalist for the 2016 William V. Campbell Trophy. The national award is presented to a football player who stands out as both team member and student. Previous recipients include both Eli and Peyton Manning.

This year only 17 out of the 156 student-athlete semifinalists are in NCAA Division II, and Zalenski represents the Bisons as one of the 17.

Zalenski said he knew very little about the award when he received the nomination. Since then he’s realized what an honor it is to be recognized as a semi-finalist. Zalenski grew up in Land, Oklahoma, a small town in the southeast corner of the state. However, he attended high school in Durant, Oklahoma, which meant he and his siblings had an hour-long commute to make twice daily. This in itself brought a level of discipline into Zalenski’s life early on.

Zalenski said throughout his childhood his mother, Connie, encouraged him and his siblings to strive for excellence, starting with academics.

“She was all about school first, and everything else second,” Zalenski said. “That’s what led me here, and that’s the same with our coaches here. They tell us that we’re ‘student-athletes,’ and that word ‘student’ comes first.”

Daylan Skidmore, a senior finance and accounting major and linebacker for the Bisons, met Zalenski their freshman year of college. Skidmore said Zalenski’s positive attitude has made him stand out from day one, and that it encourages his teammates to keep things in perspective as well.

“It’s awesome having Cordell as a teammate,” Skidmore said. “He is one of our many studs on the defensive line and they make my life really easy as a linebacker.”

Skidmore said Zalenski’s positive mentality and work ethic is consistent throughout each thing he does, and that it pays off, especially on the field.

“He is a very happy guy and is just overall really fun to be around,” Skidmore said. “I can’t think of a guy who deserves this award more. I know he has pushed me and everyone we are friends with to try and be better people, too. He truly cares for us as friends and always tries to bring those around him up as he tries to progress.”

The 12-14 finalists for the William V. Campbell trophy will be announced by the National Football Foundation on Nov. 1, and each of the finalists will receive an $18,000 postgraduate scholarship. The winner will be selected on Dec. 6 at the 59th NFF Annual Awards Dinner in New York City.

Eat Around The World (Without Crossing The County Line)