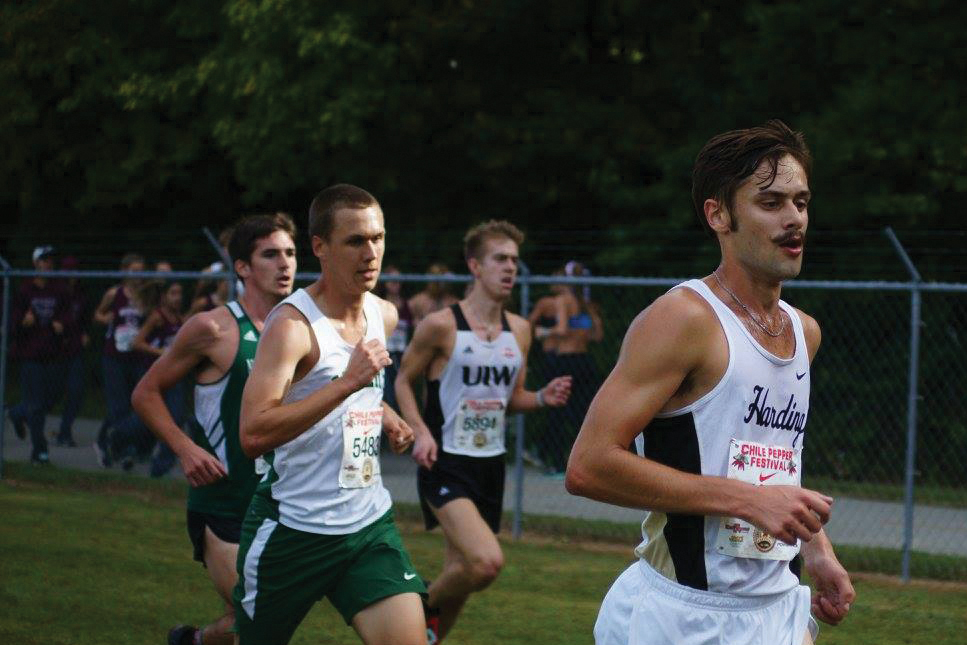 The men and women’s cross country teams are preparing for the upcoming Great American Conference (GAC) Championship in Durant, Oklahoma, this weekend after their sweep at the Ozarks Invitational on Oct. 8.

According to head coach Steve Guymon, both teams have a shot at winning the GAC Championship meet, led by sophomore Camden Barrett for the men and senior Amber Webb for the women.

After the Ozarks Invitational, Guymon said that both teams received a boost of confidence for the anticipated conference meet.

“Those meets are good preparation,” Guymon said. “We tried some different things. I had some girls that did not go all-out that stayed back and tried to help the others. I had the guys team-up as a pack and run together.”

According to Guymon, among the toughest opponents for the GAC Championship will be East Central University (ECU) on the men’s side and Oklahoma Baptist University (OBU) on the women’s side. Senior Daniel Evans said that ECU has been their biggest competition since the GAC started. Evans also said that since the Bisons haven’t won the conference since his freshman year, he is looking forward to a chance to defeat ECU, which has dominated the conference for the past two years.

“We recently had the most important practice that consisted of nine or 10 1,000 meter dashes,” Evans said. “The conference is supposed to be the peak of the season so we must be in shape.”

Evans said being a senior team captain has given him a different perspective.

“As seniors, we get to lead the team with attitude, morale, the workouts we do (and) the pace,” Evans said. “I think it (made) me work harder from my sophomore year on. I hope that I’m more of a morale guy instead of a pace guy because I don’t have a watch,” Evans said.

Senior Amber Webb earned her first victory of her career at the Ozarks Invitational. According to Webb, her senior year on the cross country team has been drastically different due to losing many seniors last semester.

“The seniors were people that led me and this is the first year without them,” Webb said. “I felt lost at first with all the incoming freshmen, but now I’ve become a leader, and the new girls have really stepped up.”

With Barrett, Webb and Evans leading the way, it will be a close race as the men and women’s teams face their rivals on Saturday, Oct. 20.