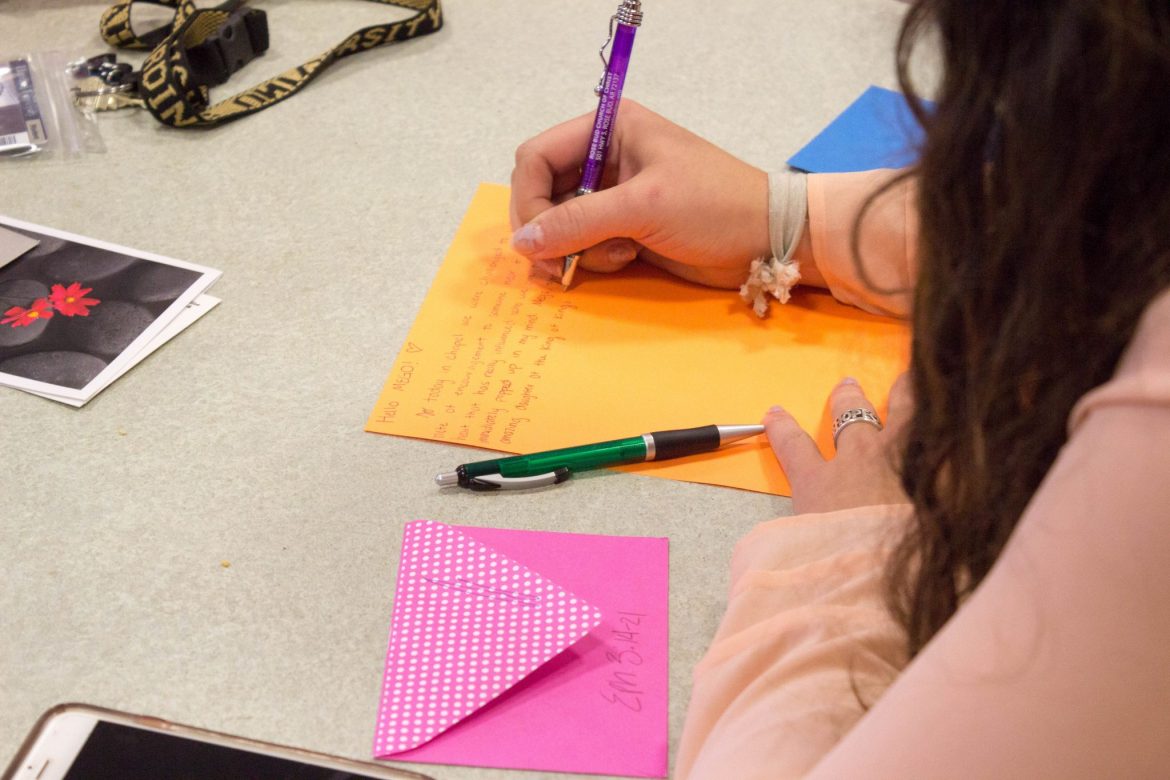 Andrew Baker, professor of Bible organized and led the campus in the National Encouragement Day on Monday Sept. 12. Baker said that the idea for the event began in 2007 when a group of teenagers at the National Leadership Forum were asked about some of the major problems in high schools and possible with solutions. The students spoke about problems like drugs, sex and bullying, and that the root of the problems were a lack of encouragement. The idea of a National Encouragement Day was proposed by the Encouragement Foundation at Harding in 2007 and approved by the White House and the U.S. Senate.

According to Baker, the main goal of National Day of Encouragement is to “plant the seed” and let it grow wherever it can.

The theme for National Encouragement Day this year at Harding was “The Power of a Smile.”

“A smile is the only universal gesture,” Baker said. “It means the same thing everywhere.”

On Monday, Sept. 12, a chapel program was led by students from Harding Academy. A booth was set up in the Student Center that allowed students to write a note of encouragement to someone, whether it be a friend, teacher or soldier. Students could also take a selfie with a friend and post it on social media with the hashtag #NDE16.

“We don’t have a big campaign; we don’t have lots of money,” Baker said. “We just want to see people encouraged.”

According to Baker, sometimes the simplest acts make the biggest difference. The importance of this day comes from its positive impact from encouraging others and being encouraged by them.