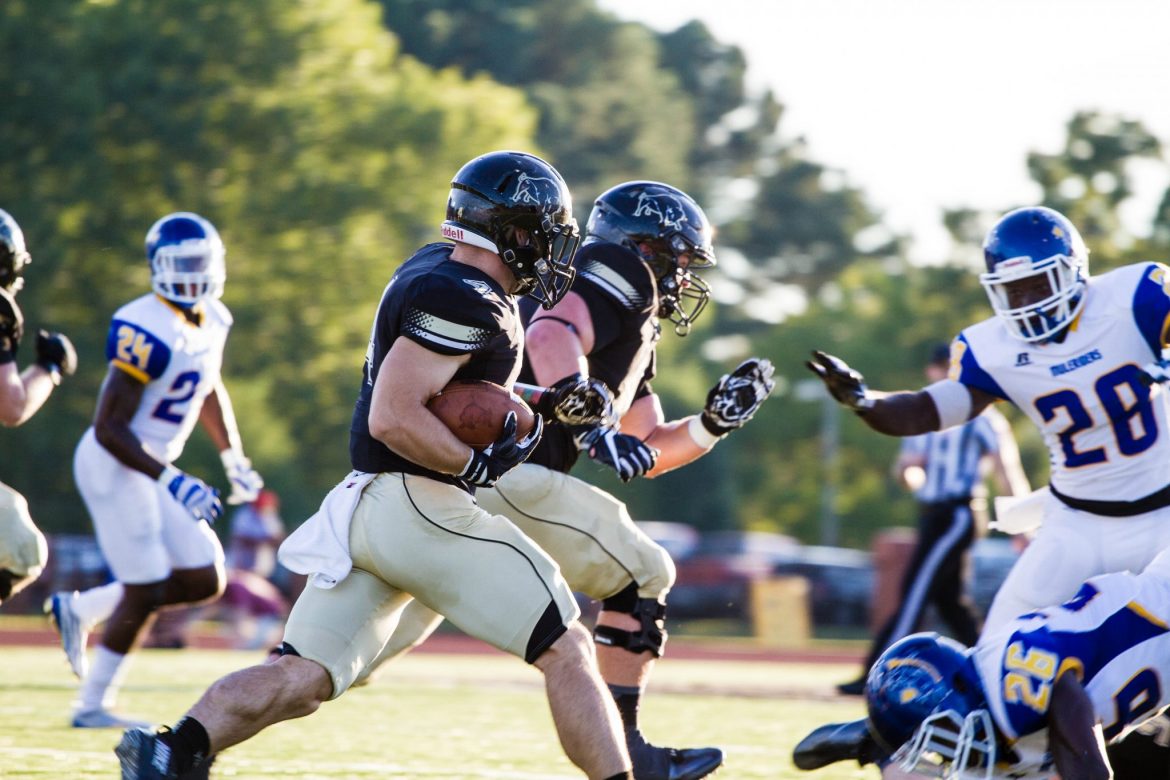 The Harding football team improved to 3-0 with a 35-14 victory over Southern Arkansas University (SAU) on Saturday, Sept. 17, despite what head coach Ronnie Huckeba called a slow start offensively.

Midway through the second quarter, the Bisons trailed the Muleriders 7-0 before junior running back Zach Shelley ran 34 yards for a touchdown to tie the game. On the ensuing kickoff, junior defensive back Isaiah Jefferson forced and recovered a fumble deep in Mulerider territory. Two plays later, senior running back Michael Latu scampered into the endzone to give Harding the lead for good.

“(Jefferson’s fumble recovery) was a huge play,” Huckeba said. “That play turned the game. Even though we didn’t take control of the game until the second half, we were able to catch our breath a little bit.”

Huckeba gave SAU credit for containing Harding’s triple-option attack early, but he said he was proud of the way his team made adjustments.

“Just about every team that defends us takes something away, but they also give us something,” Huckeba said. “We had to find out what they were giving us, and we eventually got to that.”

Eleven different players carried the ball for the Bisons, and they ran the ball for over 400 yards. Latu outran the entire SAU team with 186 yards and three touchdowns on 18 carries.

Defensively, the Bisons forced five turnovers and shut down an SAU offense that had piled up 442 yards in its previous game. Seniors Benjamin Shields and Scott Middleton led the way with five tackles each, and three different defensive backs intercepted SAU passes. Huckeba said he liked everything about the way the defense played.

“They played hard, and as the game progressed we were really able to take control,” Huckeba said. “We were able to play a lot of people and keep fresh bodies out there, so it was a good night for the Bisons.”

Harding is now one of two remaining undefeated teams in the Great American Conference. The Bisons play next against the University of Arkansas at Monticello on Saturday, Sept. 24 at 6 p.m.