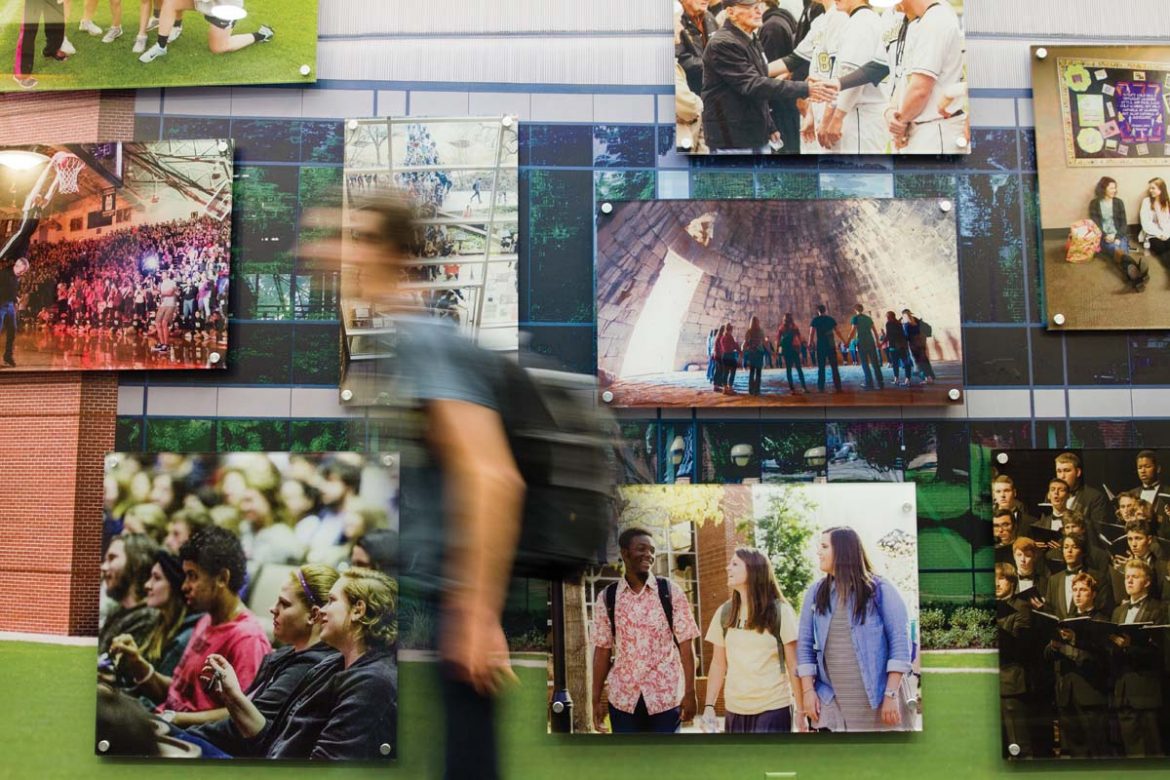 During the Spring 2016 ASI lecture series, Dr. Howard Wright, 1968 alumnus and member of the Harding Board of Trustees, pointed out that the photographs on display in the hallway of the Heritage Inn and the lobby of the Benson Auditorium were lacking in racial diversity. President Bruce McLarty said he felt deeply convicted after hearing Wright’s comments.

“Things you’re around that much, you don’t notice anymore,” McLarty said. “There are probably things like the pictures in the Benson lobby that I simply walk by and don’t have the eyes to see.”

McLarty said the photos have not been updated since 2006 and needed to be replaced. The administration has made it a goal to have all the new photos installed in the next week.

Montgomery said that campus photographers take close to 50,000 photos a year, which makes choosing fewer than 50 to display a massive undertaking.

“We try to get a balanced perspective of life on campus, (and) that covers so many areas,” Montgomery said. “We looked through a hundred or a hundred and fifty thousand photos. It took a little bit more time than we thought. (But) I’m honored that those pictures are out there. We’re telling the story of Harding.”

After the laborious selection of the new photos, installation was initially scheduled to conclude at the beginning of the fall semester.

Senior Aubrie Larkins said that she had noted the lack of diversity in the Benson photos in previous years.

“I think it was my freshman or sophomore year, walking in one day for chapel … I was kind of just looking around, and I didn’t see anyone that looked like me, you know, in the pictures,” Larkins said.

Larkins said she greatly admires McLarty and, as a member of the black community, appreciates the steps he has taken in recent years to move Harding forward.

“I feel like ever since Bruce McLarty has become president, he’s really made an effort to figure out what it is that we need to do better,” Larkins said. “There are still a few things that I’ve noticed at Harding that could improve, but I think taking baby steps — steps like these — are what need to be done first.”

McLarty said he wants everyone to be able to see somebody who looks like them when they look at the wall.

“It’s really important to me that everyone can see themselves as being in the picture of Harding in a very significant way,” McLarty said. “I think it’s an exciting time to be at Harding.”