Home News All Club to remain in GAC

All Club to remain in GAC 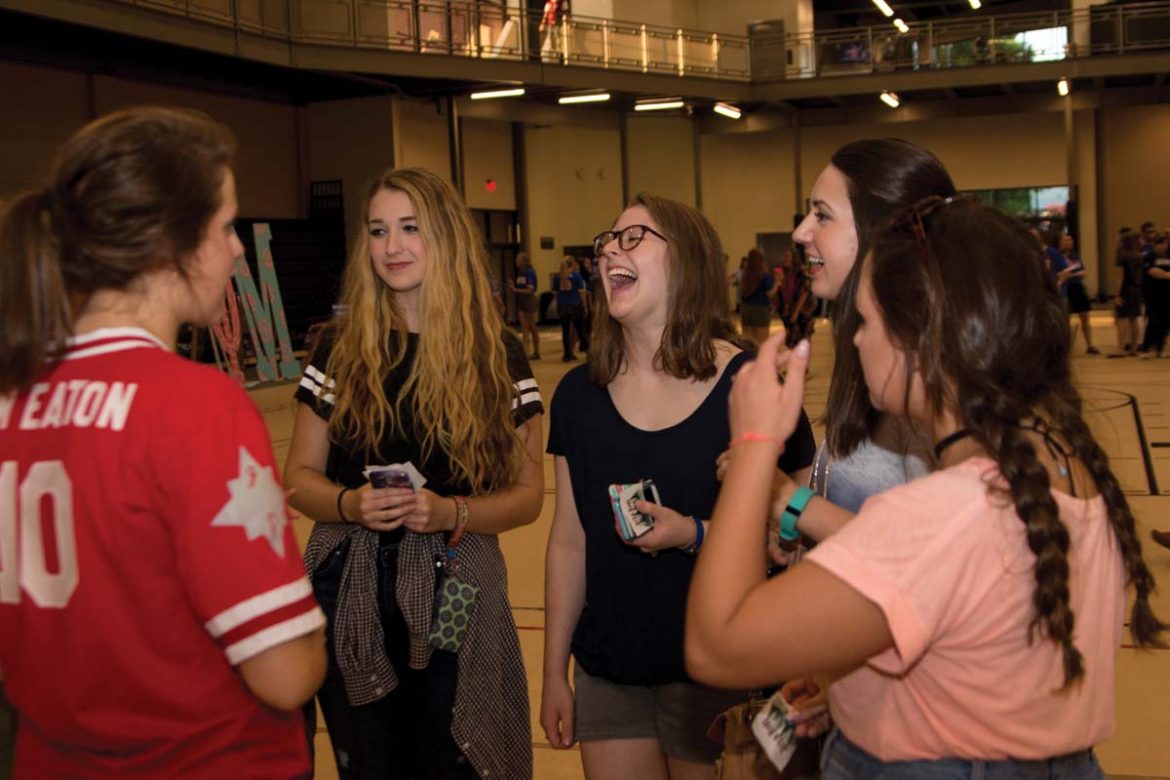 However, due to the recent renovations of the GAC, students will be required to adjust to the new space and guidelines. During the summer, the bleachers in the GAC were removed and an indoor walking track was added, limiting the available seating. Guidelines have also been enforced to protect the new floor.

Assistant Dean of Students Kara Abston released rules for club members while using the gym for Open House and All Club: soft-soled shoes only, no food or drink, and no glitter, paint or any substances that will get on the floor.

Club vice presidents were given the options to hold All Club in the Benson Auditorium, Rhodes Field House, or remain in the GAC. When put to a vote, they decided to keep the event in its traditional venue.

Abston said that, although the decision to keep one of the most anticipated parts of Club Week in the GAC was finalized, there are still decisions being made on how the event will take place in the new facility.

“It’s my understanding that we have about 1,000 seats that can be pulled out on one side of the gym,” Abston said. “The remaining 1,000 that will be participating in All Club will probably have to be placed on the floor.”

Junior Caleb McCaughan, vice president for men’s club Omega Phi, said he preferred to keep All Club in the GAC.

“Obviously we’re going to have to modify how we do All Club, what with the new floors,” McCaughan said. “Ultimately, we just decided it would be better to keep it in there.”

Several students have expressed concern over how the events of All Club will have to change, such as seating assignments and the procedure for club roll call.

Senior Caroline McKinley, vice president of women’s club Delta Gamma Rho, said she preferred the GAC over the other options.

“It will be a lot different,” McKinley said. “Since people might be on the floor, it might be difficult to see. One of my favorite parts of All Club was being able to see all the different clubs all at once.”

Abston said she is anticipating a successful event.

“It will be new,” Abston said. “We’re going to have to figure out how all of it works, but I’m excited.”