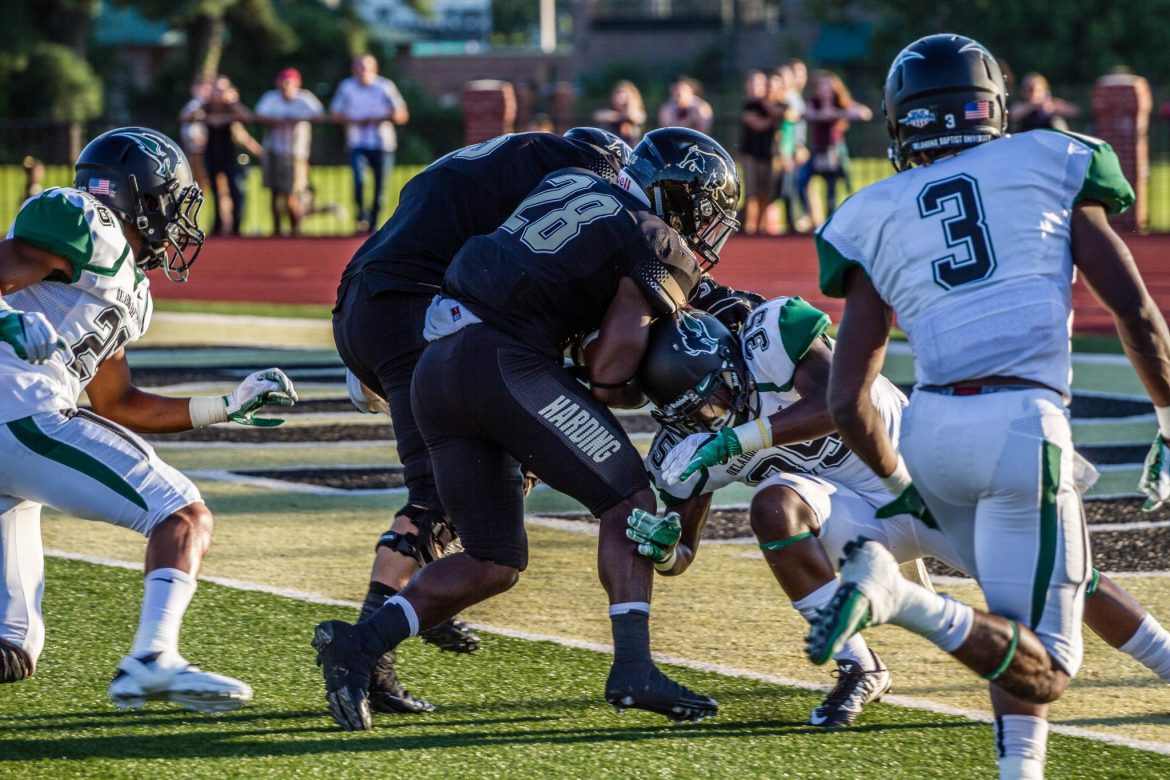 It was a slow start for the offense, punting twice before Shelley ran in the first touchdown of the game on the Bison’s third drive. Perish would score the second touchdown in the second quarter, giving the Bisons a 14-7 lead going into halftime.

In the second half, Carter scored a running touchdown on the Bison’s first drive

“We were able to get a feel for their defense,” head coach Ronnie Huckeba said. “Our offensive coaches did a great job making adjustments.”

The Bisons would score two more touchdowns in the second half to score 38 points in the game.

The defense only gave up one touchdown and forced three turnovers, one being a failed fake punt attempt by Oklahoma Baptist.

“We have a lot of talent on our defense,” Huckeba said. “They love playing together, and our coaches did a great job getting them ready.”

Daylan Skidmore led the way for the Bison defense with eight total tackles, and Sam Blankenship had two tackles-for-loss.

The Bisons travel to Oklahoma next week to play Southern Nazarene University. The game begins at 6 p.m. on Aug. 10.