Home Features Welcome to the Library

Welcome to the Library 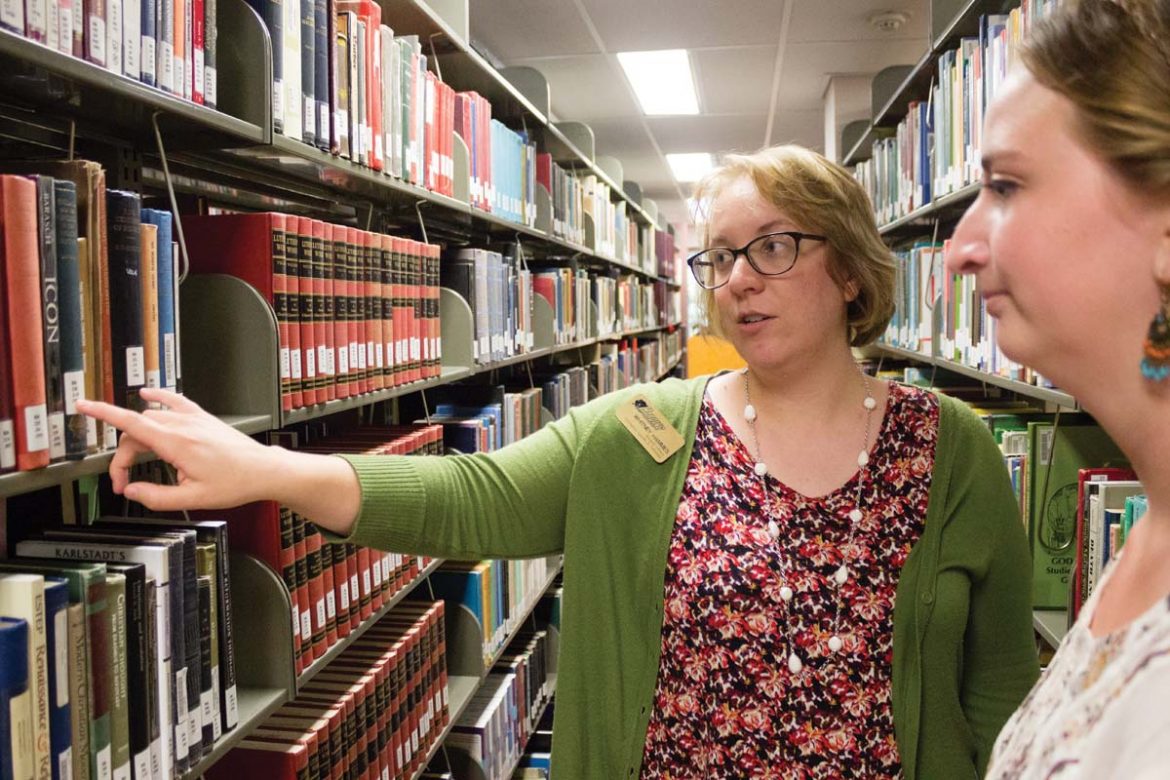 The Brackett Library is offering a new program to help inform freshmen of the resources the library has to offer. Personal librarians will help new students with class assignments, find quality sources and encourage their academic success.

Lisa Fuller, student success librarian, attended a conference this past summer exposing her to this new resource. Fuller said she hopes to make the Brackett Library more accessible for the students and dissolve any fears a student might have about the library. According to Fuller, Harding librarians understand starting college can be overwhelming and want to offer their assistance.

“We want people to know we are here and we want to help,” Fuller said.

The librarians decided to test the new program this school year. The Harding freshman class was divided into groups by major and a librarian of that same field was assigned to them. Each librarian has an average of 150 students ready to help, according to Fuller. The freshman class was informed of this new system by a number of emails from their personal librarian and again when they came to the library for orientation.

Jean Waldrop, library director, gave the incoming students a short survey and discovered that most students rarely used or had never used their high school libraries. Many students claimed they did not know what the library had to offer. Waldrop said she wants the students to be successful and learn all the available library resources.

“My hope is that I would to get to know some of the students on a one-to-one basis because I think that is the best way to teach,” Waldrop said.

Waldrop said she wants to follow up with the progress of students she is helping and continue to encourage them. Waldrop said the ultimate goal of the new resource is for students to use the skills learned from their personal librarian to improve their school work.

Freshman Brock O’Neal said that he did not know about the program but that it was something that he would want to learn more about.

“The library is a little bit intimidating and I’m not used to libraries,” O’Neal said.

O’Neal said he is open to the idea and wants to know how to use the library resources effectively. Freshmen were given tours of the library and with the help of the personal librarian, they can use the library to its full potential.