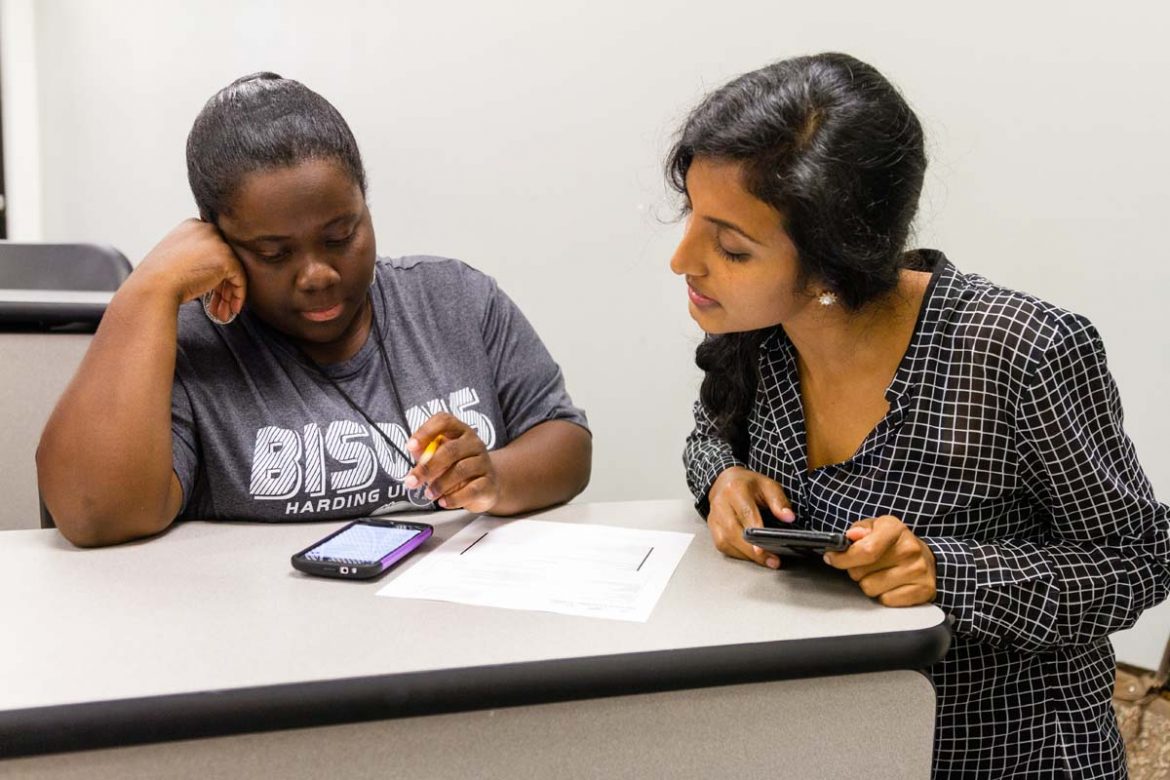 In the state of Arkansas, about 48 percent of convicts return to prison within three years after their sentence is complete, according to an Oct. 8, 2015 press release from the Arkansas Senate. Arkansas is one of the leading states in the country for recidivism and has over 5,000 children in foster care. At Student Impact on Aug. 20, incoming freshmen and transfer students partnered with Restore Hope, an organization that targets these problems in order to verify local service providers as resources for ex-convicts.

Restore Hope is a program endorsed by Arkansas Governor Asa Hutchinson as an alternative to solve problems of recidivism rates and the foster care epidemic. Instead of building more prisons and accepting the problem as it is, Hutchinson is looking to communities to offer solutions.

Junior Quentin Parker and senior Madison Burks, service co-directors for Impact, organized the event to benefit The Good Grid, a web-based organization that serves as a resource database for ex-convicts. Incoming students were given sheets of paper with unverified contact information of local service providers and were asked to confirm the information.

“The problem is if you get out of jail and you were going to try and go make something of your life and you tried calling the first three or four numbers and nothing was working, you would just give up,” Burks said. “If someone can get connected in their community, then they can be active members of society and probably won’t repeat the pattern of going into jail as likely as someone who tries and can’t connect with anybody.”

Dr. Heath Carpenter, assistant professor of English and sponsor of the Roosevelt Institute, and Dr. Andrew Baker, director of the Mitchell Center, have joined Restore Hope as representatives for White County and hope to offer ways for the Harding community to get involved in this movement.

“We were incredibly overwhelmed by the student response,” Carpenter said. “They did everything and more than we asked. They were respectful, they were hard working, diligent, they went through it all.”

Students contacted and verified information for more than 6,000 service providers, over half of the total database. Carpenter said that representatives from The Good Grid were thrilled with the level of production.

“It’s not just some silly piece of paper that you’re filling out,” Burks said. “In the grand scheme of things, it’s a really big deal.”

Thanks to the Impact staff and incoming freshmen and transfers, ex-convicts from all over the state will have access to convict-friendly job openings, counseling, housing, education and more, according to Parker.

“At the end of the day, if we helped The Good Grid clean out their system and we also planted some seeds in the freshmen and new students to think of new ways to get involved in the community, then it’s a win,” Parker said.