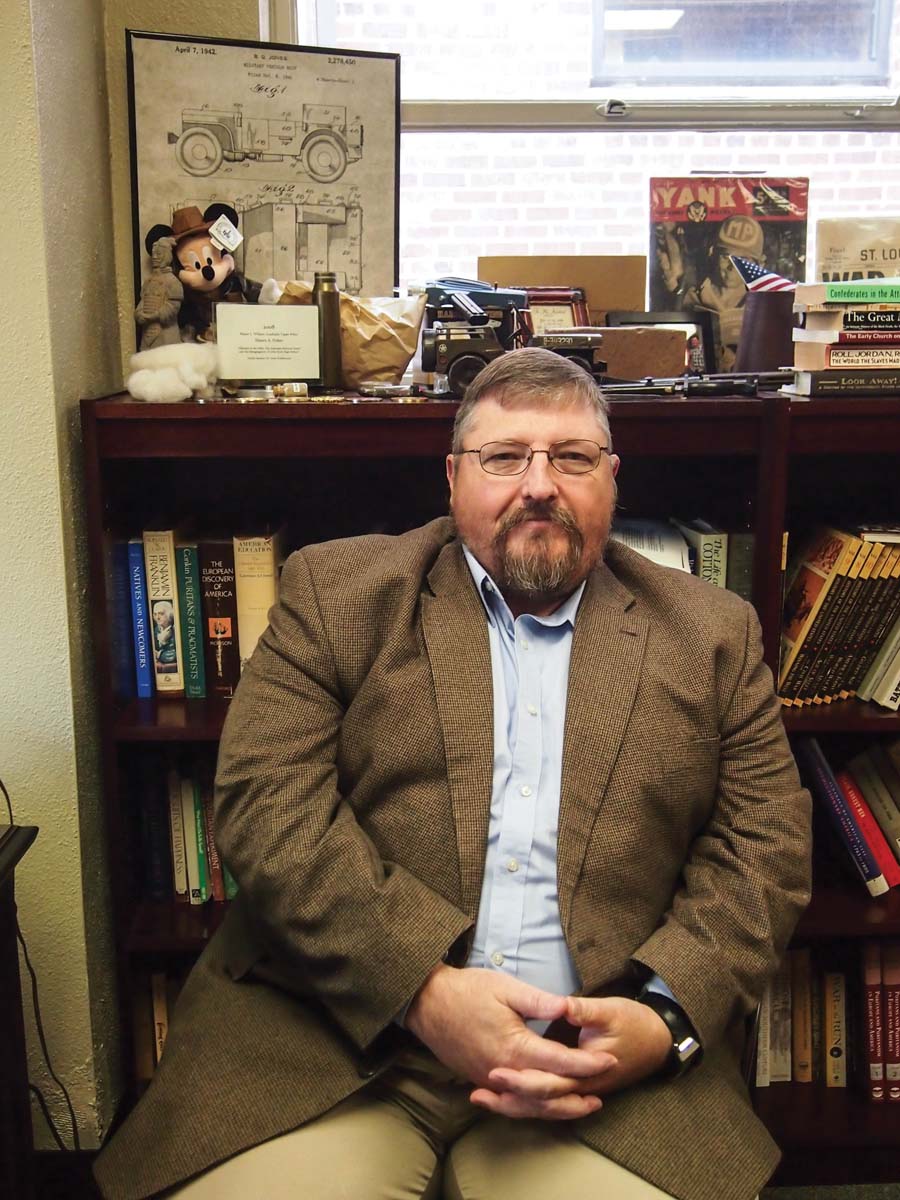 Dr. Shawn Fisher, assistant professor of history, was appointed to a nine-member World War I (WWI) Centennial Commemoration Committee on March 31. Arkansas governor Asa Hutchinson created this committee to remember U.S. involvement in the first World War and to honor those from Arkansas who served.

“I am humbled to be involved with the committee and eager to contribute to the commemoration process,” Shawn Fisher said.

Shawn Fisher said the governor’s office notified him of his consideration, and he was sworn in at the White County courthouse.

“Our first meeting will be in a couple of weeks,” Shawn Fisher said. “I will learn more about my responsibilities at that time. One thing I can say is that I have been asked to preview the state’s traveling WWI exhibit, prepared by the Department of Arkansas Heritage. This will start at the state capitol and make its way around the state over the next couple of years, providing an opportunity for education and reflection on (World War I) and the state’s role in it.”

During the conflict, World War I was called the Great War. The U.S. formally declared war on the German Empire in April 1917 after the May 1915 sinking of the Lusitania and the January 1917 interception of the Zimmerman Telegram. The Armistice of November 1918 ended the war on “the eleventh hour of the eleventh day of the eleventh month.”

According to Shawn Fisher, many men from Arkansas were drafted, but the majority of the casualties were not caused by actual combat.

“Our state had over 72,000 soldiers drafted for the war,” Shawn Fisher said. “The draft brought large numbers of troops from remote parts of the state into camps where, sadly, a large number of them died due to outbreaks of disease. In one instance, some folks resisted the draft in the so-called Cleburne County Draft War. The swine flu, spread by the movement of troops during the war, caused far more deaths of Arkansans than did the war itself.”

Jennifer Fisher, instructor of communication sciences and disorders and wife of Shawn Fisher, said that he was chosen among many noteworthy people and that she is proud of him.

“Shawn is an award-winning Arkansas military historian and was chosen by the governor to work on this commission along with the commander of the Arkansas National Guard and the director of the Department of Arkansas Heritage,” Jennifer Fisher said. “I’m very proud for him. It’s a great honor to be chosen to serve on a state commission. I know he will do a great job.”

According to associate professor of history Dr. Jared Dockery, Shawn Fisher is knowledgeable and well-qualified for this position.

“Governor Hutchinson made a great choice in selecting Shawn to serve on the WWI Centennial Commemoration Committee,” Dockery said. “Shawn is passionate about veterans’ issues and military history. He will be a good influence on the committee, helping to ensure that the sacrifices of Arkansas’ World War I troops are appropriately remembered and honored.”