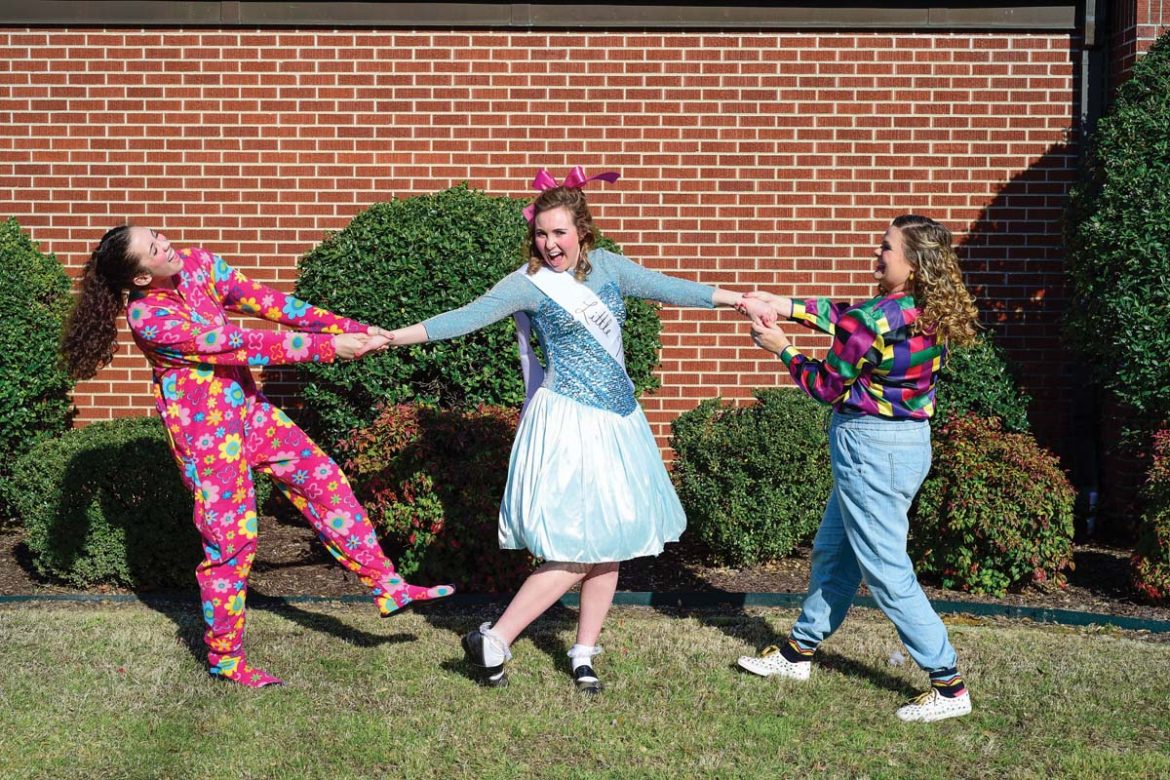 The first thing most people think about when they hear the words “friend zone” is the iconic phrase created by the television show “Friends,” but Spring Sing takes it to a new level. Students whose club is not performing or are not in a club, but want to perform in Spring Sing, redefine the phrase.

According to sophomore William Jackson, Omega Phi Spring Sing director, 22 out of the 80 performers in the Omega Phi and Delta Gamma Rho show are “friends.”

“I think having friends can be helpful to the show, because it increases variety in the social atmosphere,” Jackson said. “Those in other clubs and not in clubs have a chance to socialize with the main clubs involved. In addition, I think the socialization between non-club members and those in clubs can be a helpful recruiting tool for the clubs.”

With friends like freshman Drew Ericson, a member of Knights, Delta Nu’s show is not comprised of only females.

“I decided to do Spring Sing with Delta Nu because I already had a lot of friends in the club, and so I felt like it would be a natural fit for me,” Ericson said. “I think the whole ‘and friends’ aspect is really beneficial to the production as a whole, because it allows people who may not have wanted to join a club, or were too busy in the fall semester, and enjoy performing, to be a part of something that means so much to such a large group of people.”

According to senior Alyssa Abraham, Chi Kappa Rho Spring Sing director, the Chi Kappa Rho, GATA and Phi Kappa Delta show would not have enough performers to fill the stage without permitting non-members to participate.

“My freshman year, I didn’t join a club, and I wanted to do Spring Sing because I had seen it for years,” Abraham said. “I ended up doing Spring Sing my freshman year as a friend with a small club show. I liked the girls so much that I ended up joining the club Chi Kappa Rho. For our show this year, we have nine friends. We need those nine because otherwise, we wouldn’t have enough people. It’s a good opportunity, and you shouldn’t be limited to a club to be able to participate in Spring Sing.”

Senior Allison Nolan is performing in her own club’s show with Delta Nu and also participating in the Omega Phi and Delta Gamma Rho show, both in a small part capacity.

“This is my one chance to dance,” Nolan said. “Dance was everything to me in high school, and I don’t get to do it anymore. I’m in the Delta Nu show because I wanted to do the tap dancing part; I’ve never done tap before, and I thought it would be fun. I’m doing the (Omega Phi and Delta Gamma Rho) show because I really like the Omega Phi guys. I wanted to get to know them better, and I thought this would be a good way to do it. I would do three shows if I could.”

Friends who are not in a club, whose club does not have a show or who wanted to participate in multiple shows appreciate the opportunity to perform in Spring Sing. Both club shows and Spring Sing as a whole greatly benefit from the contributions made by non-members in the “friend zone.”