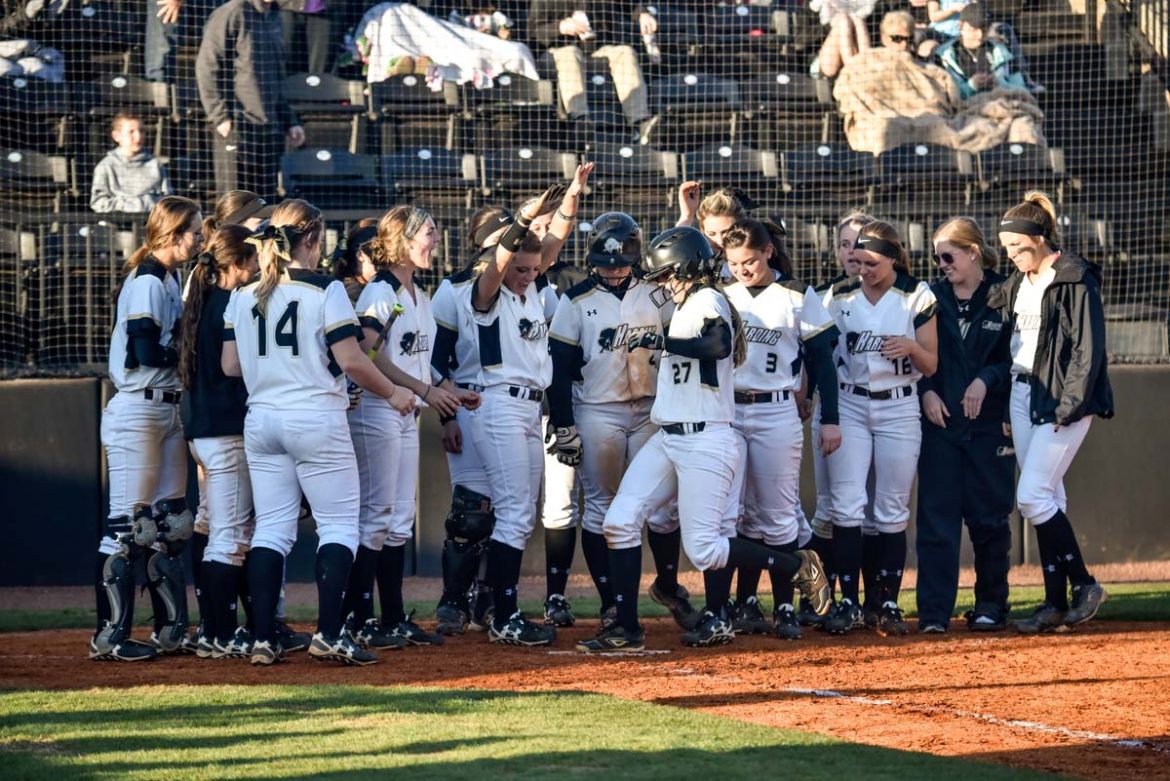 The Lady Bisons softball team continued its climb in the Great American Conference with another series win on the road on March 19-20 at Southeastern Oklahoma State University in Durant, Oklahoma.

The weekend was vital for the team to move up in the conference rankings, according to junior outfielder Courtney Derrick.

“Any time in our conference you can go on the road and win a series, you feel like you’re on the right track,” head coach Phil Berry said. “The team is doing pretty well right now to get competitive in the conference.”

On Saturday, March 19, the Lady Bisons swept the Savage Storm 6-3 and 7-4 to give SOSU its first two GAC losses of the season. During the first game, Harding started off by scoring four runs on four hits in the first inning. The Lady Bisons also got off to a great start in the second game when junior catcher Kimmy Hendricks hit a double to right center to score Derrick from second.

“I believe that we’re growing each week and becoming more of a team,” Hendricks said. “We’re all figuring it out and buying into the process that we’ve committed to.”

This process involves the team focusing on one pitch at a time, according to Berry.

“You get into the middle of the season and start to pile up stats and records, but sometimes we get so focused on that and forget to focus on the quality of each pitch and each play,” Berry said. “(The coaches) tell them, ‘Just play this pitch. Whatever happens, let that go, learn from it, release it and refocus on the next pitch.'”

On Sunday, March 20, the Lady Bisons won the first game 10-1 but dropped the second 8-7, winning the weekend series 3-1. Harding had a season-high 18 hits in the first game but fell short of victory in the second game despite tallying 12 more hits.

Having only played four games at home this season, the Lady Bisons have gotten accustomed to being on the road. According to Berry, the team has had to play more away games than they originally expected. The series against Southern Nazarene University on March 13-14 had to be moved due to rain.

“We are always so excited to play at home, and it seems like we haven’t gotten to do that a lot lately,” Derrick said. “Winning a series on someone else’s home field is a challenge, so it made the wins that much sweeter.”

The Lady Bisons are now 22-10 overall and 14-6 in the GAC. They will play at home for the first conference series in over three weeks starting at 2 p.m. and 4 p.m. on Friday, March 25, and noon and 2 p.m. on Saturday, March 26, against East Central University.