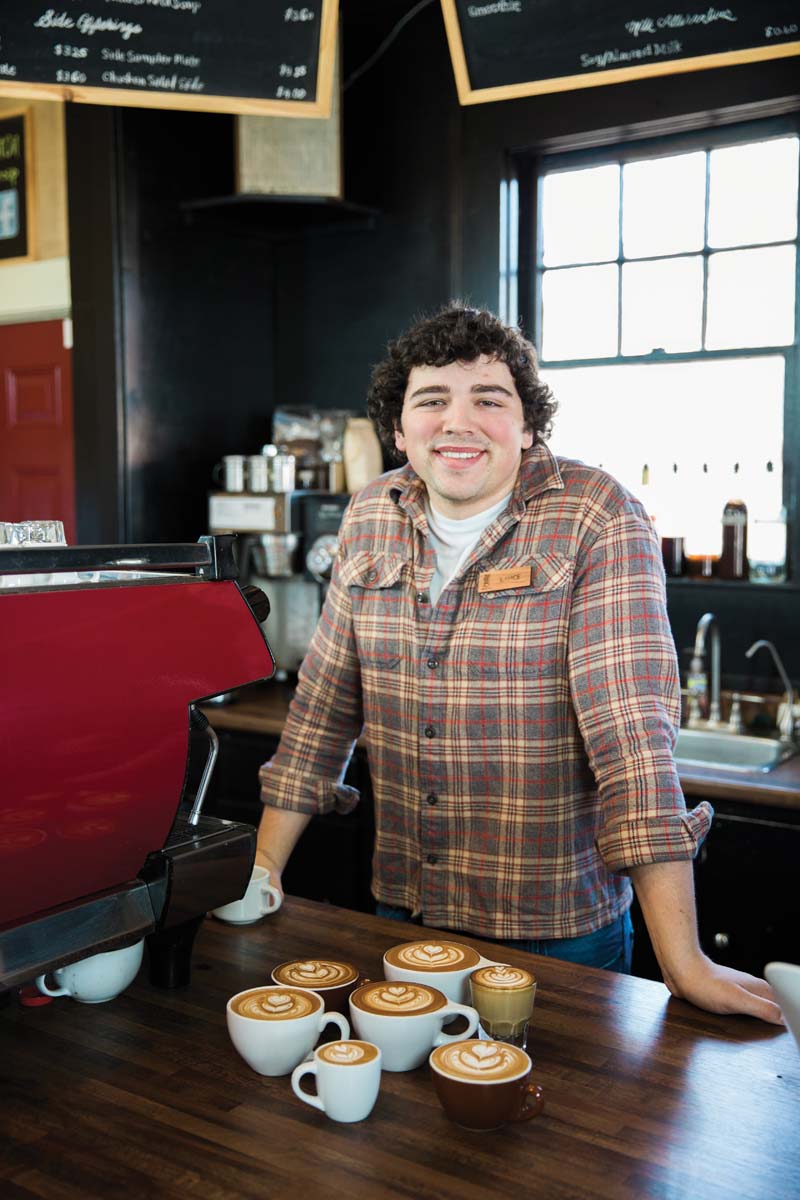 2014 alumnus Lance Hedrick, a barista at Kibo Midnight Oil in Searcy, Arkansas, can make over 50 different designs using only espresso and steamed milk, and he competed in the Coffee Fest Latte Art World Championship Open in New York City this past weekend.

Lance Hedrick discovered a passion for pouring latte art last March when he created the Instagram account @lance_hedrick_barista and began watching videos of other baristas showcasing their skills.

“When I got an Instagram, it opened me up to all these different barista accounts,” Lance Hedrick said. “I was able to watch videos a lot quicker in much higher quality. I was able to be exposed to different types of pours, and watching different techniques allowed me to expand my own repertoire.”

Lance Hedrick said that when he first was hired as a barista for Kibo Midnight Oil, the manager, Zak Kelley, explained to him that every barista needed to know how to make latte art, but Lance Hedrick went beyond what was expected.

“(Lance Hedrick) got really good at it really fast,” alumnus Jared Davenport, a barista who works with Lance Hedrick, said. “He did a little bit after he started working for about six months, but nothing too crazy until about February of last year when he started realizing how good he could be.”

“At first it confused me,” AlumniaLindsey Hedrick, Lance Hedrick’s wife, said. “Then I saw how passionate he was about it. He’s just a very passionate person in general, and he loves what he’s doing, and I’m just glad he’s happy.”

“I really got into the experience of making the drink and giving it to the customer,” Lance Hedrick said. “The better my art got, the better the consumer’s reactions were, so that was always rewarding.”

Lance Hedrick said he found out about the competition in New York through Instagram by looking at several barista accounts that had won it in the past, so he began to look into it. He said he did not legitimately consider entering into the competition until he found out that he would already be in New York the weekend of the event after returning from touring universities for his master’s degree in the UK.

“I thought how crazy it’d be if the competition was the weekend I returned from England, but then I looked and, sure enough, it was,” Lance Hedrick said.

Lance Hedrick entered a 16-round bracket. The competitors had three minutes to create a latte art design in their cup and were scored by a panel of judges based on the following criteria: aesthetic beauty, definition, color infusion, degree of difficulty and creativity, and speed.

Lance Hedrick said he is not letting his loss get him down. He has a new competition to focus on: Coffee Fest Latte Art World Championship Open in Dallas on May 1, 2016.

Nothing but the tooth