Home Opinions Nothing but the tooth

Nothing but the tooth 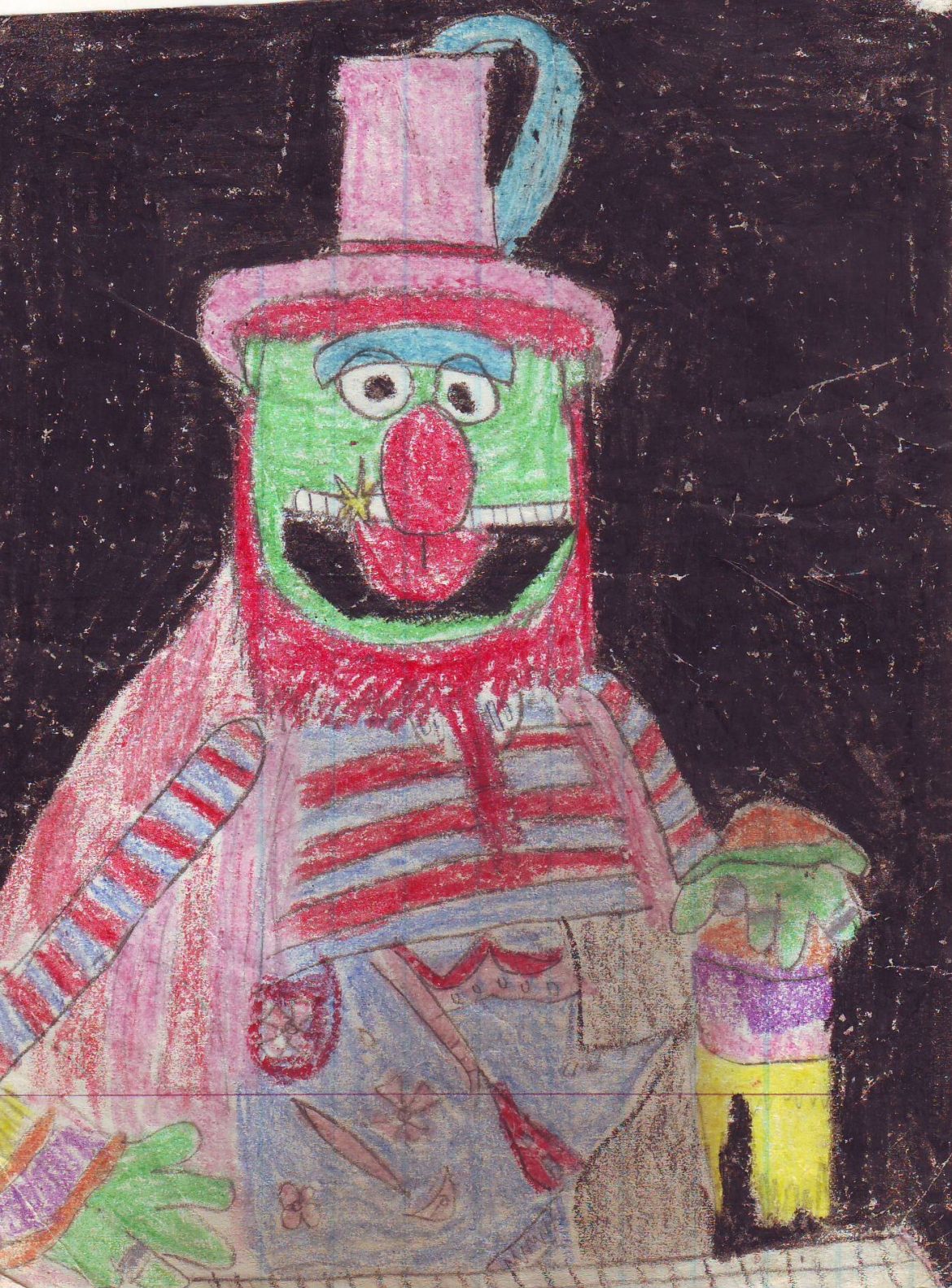 Iforgot to mention something last time. In the catalogue raisonne of my childhood artwork, I left out a 4 ½ – by – 6 drawing I just found in the file cabinet. The medium is Crayola on notebook paper circa 1978, and the sketch captures the hippest electric keyboard player ever to wear a pink fur top hat. I am, of course, talking about Dr. Teeth. With that red shaggy beard, psychedelic pants and his signature gleaming gold tooth, he was the grooviest Muppet ever.

At the age of 6, I was too young to realize that he was also a parody of Elton John. Even when the “Crocodile Rock” star himself appeared on “The Muppet Show” in a rhinestone swim cap and feather spray, I didn’t quite make the connection. I guess I was thrown by the fact that Dr. Teeth had green skin, while Mr. John was a white guy from the UK.

But as I look closely at my drawing, I notice something interesting. I see that instead of simply coloring in one gold tooth on the old green beatnik, I instead drew a tiny yellow star. A rather sophisticated effort — if I may say so — to portray the phenomenon of gleaming. I suspect most 6-year-olds would have simply drawn giant sun rays extending from the teeth, with hardly any attempt at nuance. Hence the tragedy that my art career never got off the ground.

But the pride I took in highlighting that golden bicuspid was also the result of my general childhood interest in teeth. Brushing was one of my favorite parts of each morning, and I actually enjoyed going for my annual check-up. This was back in the days when the dentist let you spit in the mini-sink. Since I was not otherwise allowed to spit in public, I always thought I was walking on the wild side at the dentist. On top of that, Dr. Brown had a huge toy box in the waiting room, and each patient got to choose one small plastic toy from the box to take home.

As I remember, the box had a lid that was shaped like a giant clown head. I thought it was awesome. Of course, today the combination of a clown face and a dentist would send some children into decades of therapy — especially since there is no spitting in that little sink to relieve the tension. Now instead, the hygienist just sticks a mini-vac inside your cheek. I’ve always wondered if she is collecting DNA samples.

While I never won any blue ribbons for my smile, I seldom had any trouble from the dentist. I think I’ve only had two cavities in my lifetime, and I never had a tooth knocked out from playing sports. My worst experience was wearing braces in college and a retainer afterward for a few years. Nothing is more humiliating to a college senior than to be seen in the drug store buying Efferdent. I thought surely that would be my low point in tooth care.

But I was wrong. A few months ago, my dentist looked carefully at tooth number 19 — lower jaw, first molar — and discovered a hairline crack. I was under the impression that sort of thing only happened to porcelain teacups, but alas, I was wrong again. Perhaps by the time you read this, I will have gotten my first crown. It sounds like a prize, doesn’t it? Even reminiscent of the toy box at Dr. Brown’s office. Yet somehow I think this will not be like the crowns they give out at Burger King. I was especially alarmed to hear the dentist say that before he sculpts the crown, he may need to “work on” the gum area around the tooth. Oh, help me, Rhonda.

And to add insult to surgery, I learned recently that the prospects for Americans and their teeth are getting worse. No matter what horrific things happen to our own gum lines, we in the U.S. have always been able to take pride in knowing that at least the English have far worse collective teeth than we have. It was easy to think that, what with Austin Powers and all those cockney pirates in the movies with their greenish-yellow grins. But last December I read an article with this headline: “Study shows Brits’ teeth aren’t so bad.” According to The British Medical Journal, American adults have on average 7.31 missing teeth, whereas the typical number in the UK is 6.97. So not only are we worse at table manners and rugby, but also in the molar-count, too.

True, the difference is only 0.34 percent, but that’s cold comfort as I head in this week to get my own royal crown. I just hope that mini-vac doesn’t suck up all the Novocain.

Escaping from the ‘puppet master’: The first installment of “The Path from Invisible Captivity” series