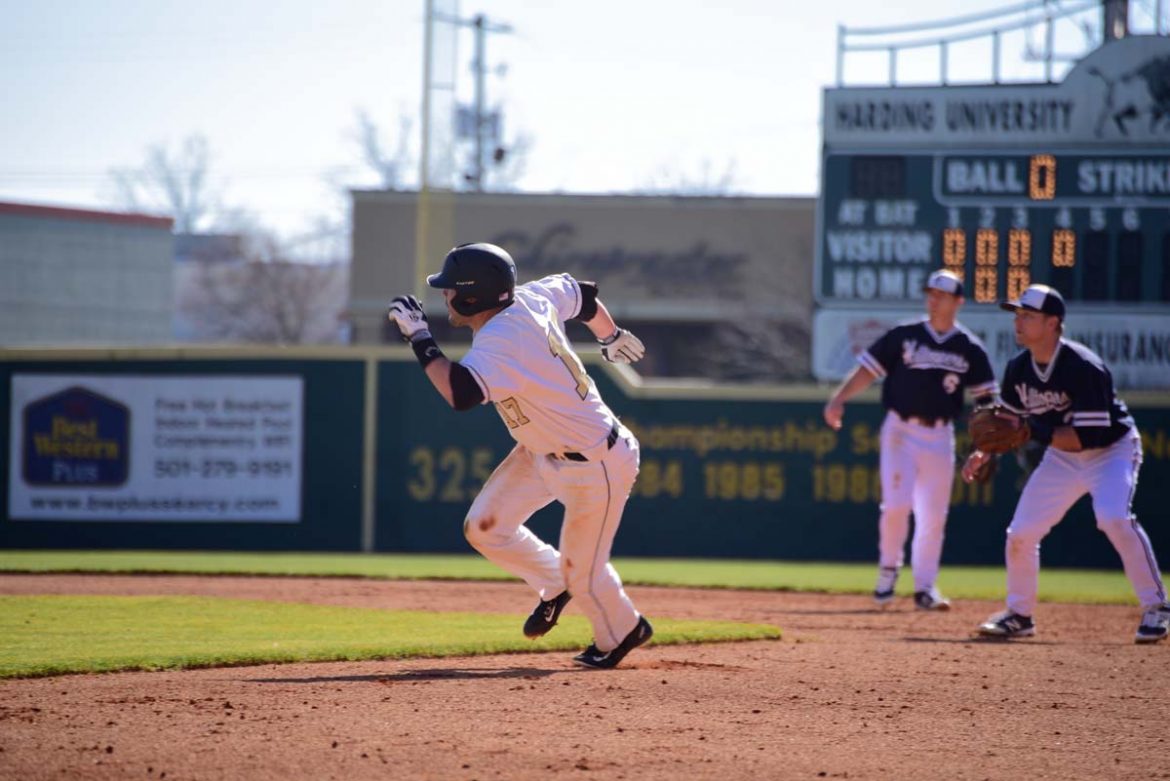 The baseball team went one and two in their opening series against D-II’s 11th ranked St. Edwards University this past weekend.

After dropping the first game of their Saturday doubleheader 3-0, the Bisons responded in the second behind game solid pitching from senior Hunter Payne and a three-run first inning to win 5-1 over the Hilltoppers from Austin, Texas.

Despite dropping the third and deciding game of the series, Bisons head coach Patrick McGaha said he was pleased with the overall effort of the team in its first games of the year.

“We would have liked to play better offensively, but overall it was a good weekend where we got to learn about ourselves,” McGaha said. “Our starting pitching was good, it’s just hard to win a series when you don’t score, but at the same time, you have to tip your cap to them – their pitching was great.”

Payne was the story of the weekend for the Bisons, as he went 5 innings allowing five hits and only one earned run – a performance which led him to Great American Conference Pitcher of the Week honors. He was quick to give the credit to his teammates.

“I have to give a lot of credit to Andrew Fiddler,” Payne said. “In game one, he threw a great game and really gave us a chance. It makes my job a lot easier when he gives me the opportunity to see exactly how to keep their guys off balance. Our hitters jumped out early in the first inning giving me three runs, and after that I just had to throw strikes and let my guys in the field take care of it from there.”

The Bisons will need more of that solid pitching and defense, as their tough early season schedule will not get any easier this weekend against perennial D-II baseball power and in-region rival Delta State University (DSU). The Statesmen have appeared in four College World Series, were the national runners up in 2010 and won the 2004 national title, which McGaha said is all the more reason for the Bisons to play them.

“It’s extremely important to play tough teams early and to play in-region opponents,” McGaha said. “The (NCAA) tournament selection committee looks at your record against in-region teams, so that’s a part of it. And, obviously, Delta State has a ton of tradition and going down there is always a tough place to play, so there are a lot of positives to playing a tough schedule early.”

Payne said that for the team, getting a series under their belt was big, and that they’ll be ready to improve this weekend.

The Bisons begin their series against DSU with a doubleheader on Saturday, Feb. 6, followed by a third game on Sunday, Feb. 7 in Cleveland, Mississippi.