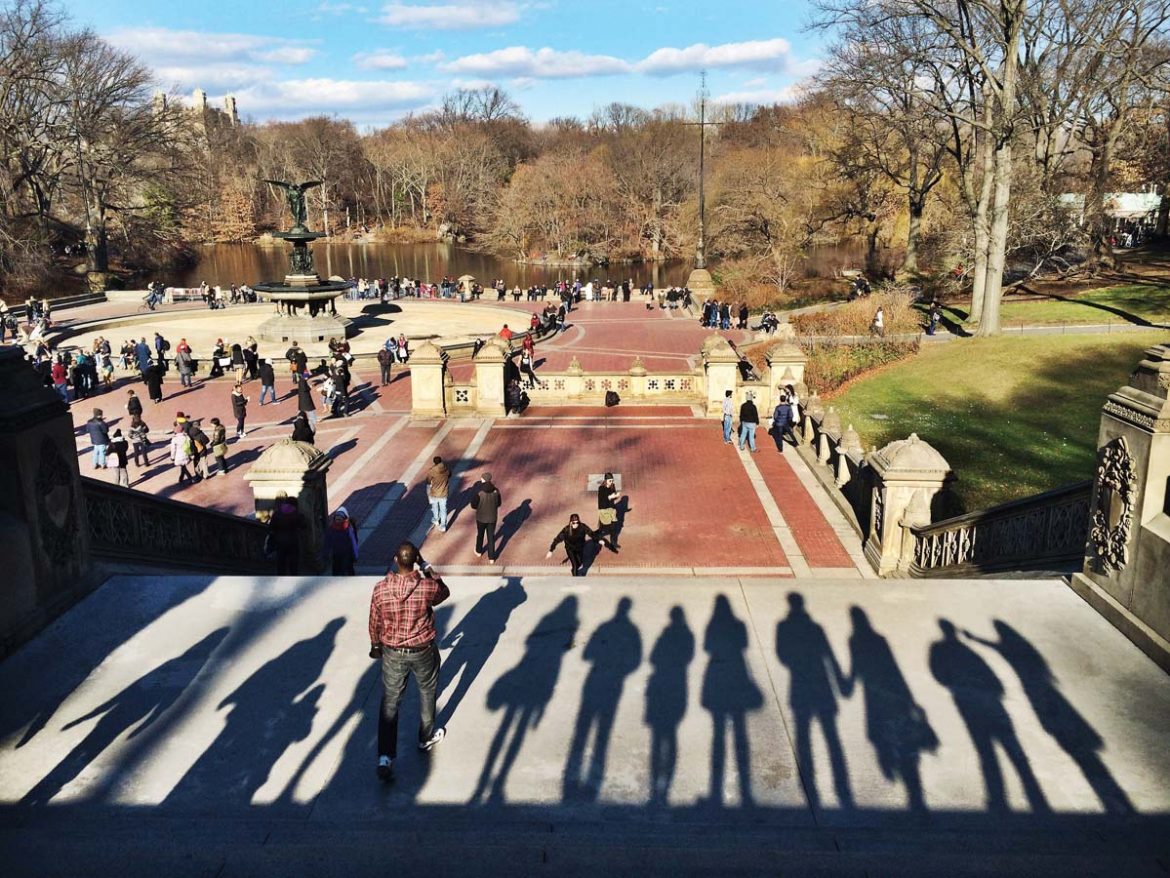 Colorful confetti drifted lazily off of rooftops, police barriers were tossed casually on sidewalks and hundreds of people with zombie-like expressions were met on New Year’s Day by a wide-eyed group of college kids ready to experience New York City.

“The first time I went to New York was right after I graduated from high school with the fashion department,” Boaz said. “I was 18 and loved it, and this is the first time that we’ve done it since then.”

The communication, business, theatre and fashion departments collaborated to plan the nine-day trip for the 101 students that attended. Boaz said that traveling with such a large group of students posed a challenge while planning the trip.

“I didn’t over-plan us on purpose because I didn’t know how complicated it was going to be to get from point A to point B,” Boaz said.

While in New York City, the trip was structured around meetings with professionals, iconic tours and free time to explore the city.

“One day we walked along 5th Avenue and looked at all the Christmas windows because we had been taking classes on visual display, so that was neat,” junior Kenzie Mitchell, a fashion merchandising major, said. “We met with different designers as our own group and then did the big tours with the whole trip.”

The students visited NBC Studios, Radio City Music Hall and the 9/11 Memorial. Mitchell said her favorite part of the trip was going to Mood, a designer fabric store featured on the TV show “Project Runway.” Boaz also said she enjoyed visiting Mood and had to buy an extra suitcase to fit the new fabric she bought.

Mitchell was one of 10 students who made up the fashion group. Freshman Colton French, a fashion merchandising major, said the trip renewed his love for New York City.

“I would love to live there,” French said. “If I have to live in a tiny apartment with five roommates, I don’t care, that’s where I want to be.”

The students also traveled to Washington, D.C., where they toured the White House and visited with officials from the U.S. Department of State.