Casting a spotlight on Dottie Frye 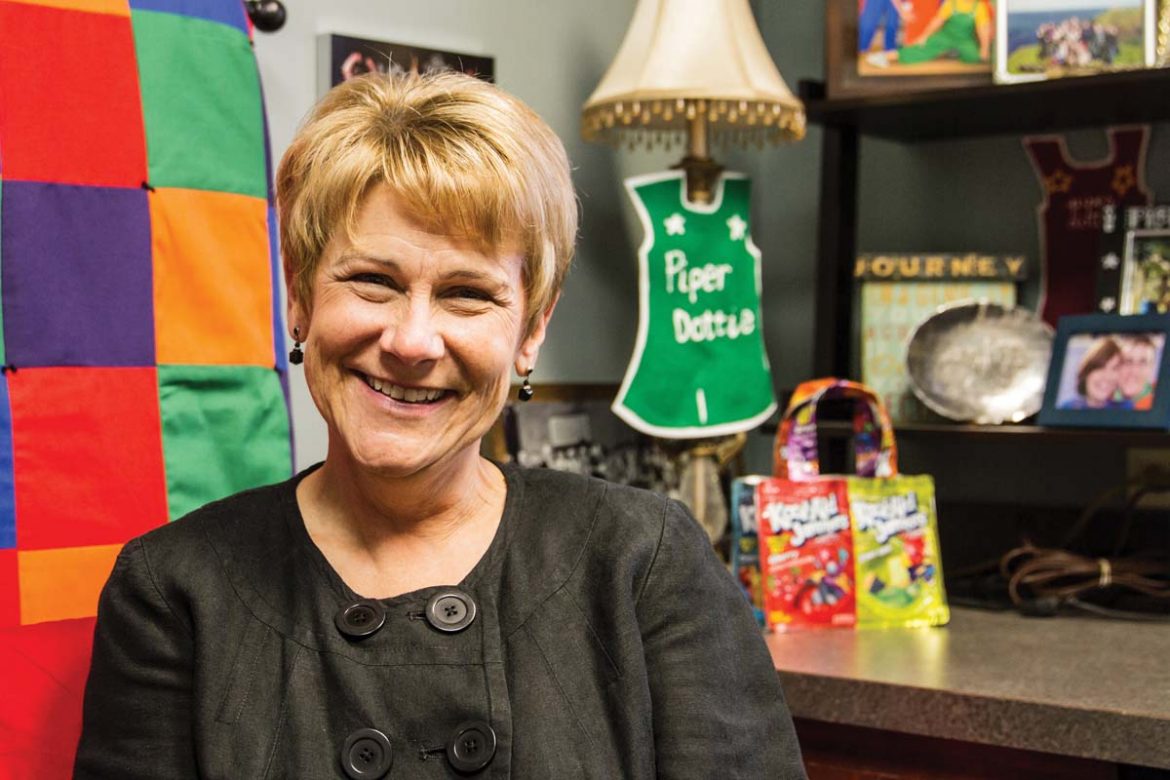 Seated in her colorful office, surrounded by pictures of the people she has impacted as a professor, director, mentor and performer over the past 26 years at Harding, it does not take much to get assistant professor of theatre Dottie Frye excitedly talking about the things she loves the most.

From a young age, Dottie Frye said she knew that she wanted to be an artist in the theater. In fact, she still carries with her today advice given to her by her high school drama teacher.

“He said, ‘Dottie, for people like us who love to be on the stage, we have to recognize that it doesn’t matter whether you’re front in center, a supporting role, or a torch bearer in the back row. You and I love it all because we love being on stage,’ and I bought into that completely,” Dottie Frye said.

This love of the stage soon blossomed into a much deeper love for the people and processes that came with the theater as well. Burdened by the worldliness she experienced at the state university level, Dottie Frye said she was then shaped by the strong faith and principles she encountered upon transferring to Freed-Hardeman University.

“When I went to Freed-Hardeman, I had never been around so many Christians my age or been in a college classroom where my teachers cared about my soul just as much as my academic success,” Dottie Frye said.

While the artists around her found themselves most concerned with the final product, Dottie Frye said she discovered the most joy and fulfillment during rehearsals and working up to the show. Dottie Frye’s husband, Professor of Theatre Dr. Steven Frye, said when they were in college together, he had never met anyone who loved the rehearsal process as much as his wife.

“The theater people would tell me I’m a Philistine,” Dottie Frye said. “I don’t have this undying love for every production that’s ever been done. I have a love of the process of working with people, and the way we grow together. I get energy from the creative spark that brings everyone together.”

When a job opened up directing Pied Pipers, a children’s improvisational group on campus, there was not a question in Dottie Frye’s mind about applying for it. Communications chair Jack Ryan agreed to let her take over the group; and, according to Steven Frye, there is no profession that matches her personality more.

According to Frye, Pied Pipers and the rest of her directing and teaching here at Harding is exponentially rewarding because the collaboration she shares with her students and actors transcends the stage and classroom doors.

“When teaching at Harding we are blessed with relationships,” Dottie Frye said. “People walk in my door that I never knew would be here. They enter my heart and they never leave, and I believe that is one of the best things about what I do.”

Even after 26 years of successful teaching and directing on campus, Dottie Frye still dreams about a big future. She said she looks forward to potentially gaining more academic training, continuing to impact the lives around her, becoming a grandmother and loving the art she is blessed to produce.

“I get paid to play,” Dottie Frye said. “I get to travel around, and I tell people I have the best job in the world. My creative outlet is my job. It’s so much fun and hard work, too.”

Don’t believe everything you see