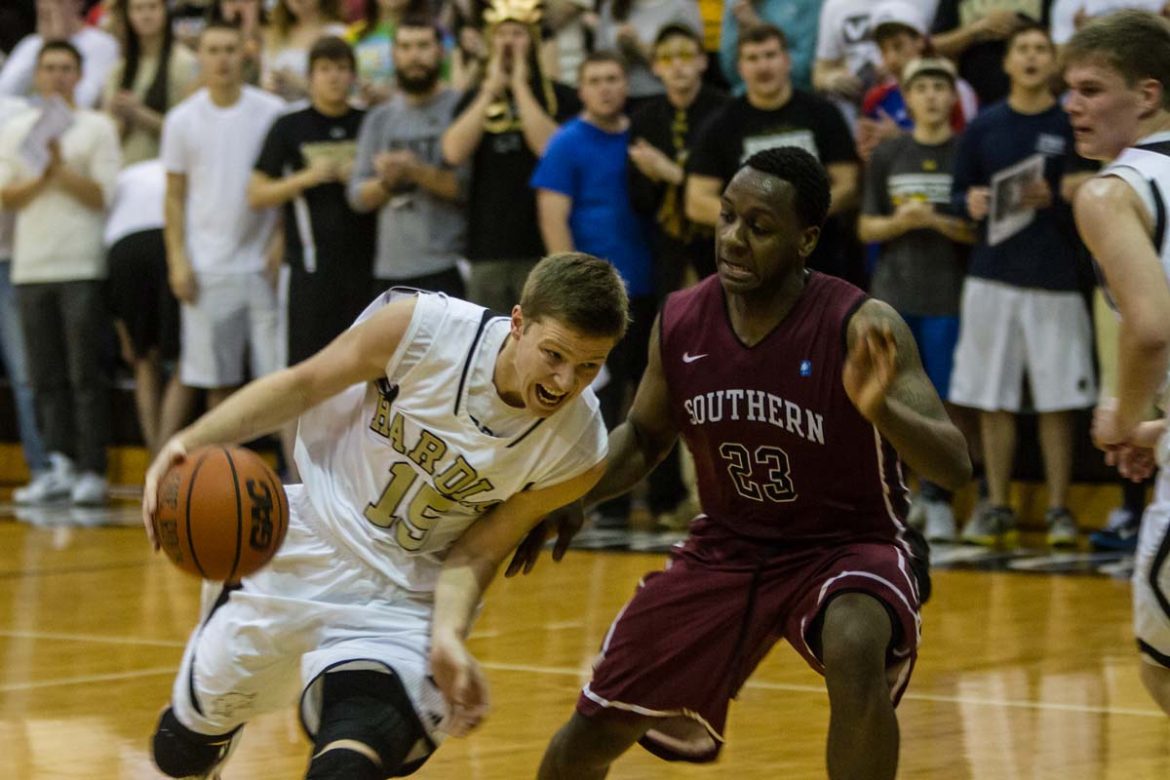 With six days until their first Great American Conference (GAC) game, the Bisons and Lady Bisons basketball teams are looking for a 2015-2016 season that offers success, teamwork and continued support from the student body.

For the Lady Bisons, the biggest challenge heading into the new season is the team’s youth, according to head coach Tim Kirby. Kirby said after graduating several four-year starters last season who helped elevate the team to conference champs for two straight years, gauging this year’s team’s depth and experience will be vital to a successful season.

“There are quite a few new faces out there this year, and that’s always exciting, but it makes (me) a little bit anxious to see where (the team is) at,” Kirby said.

Junior guard Andi Haney also acknowledged the youth of the team, but she said experience and teamwork are key to gaining the upper hand on opponents.

“We are young this year, but we have great potential with all the talent on the team,” Haney said. “Our team goals are to take one game at a time and to not get ahead of ourselves.”

Having graduated just one player from last season, the Bisons do not face the dilemma of a young team, but rather the challenge of recovering from the close road losses of last season, according to head coach Jeff Morgan.

“We lost some really tough games on the road last season,” Morgan said. “That’s hard to swallow sometimes, but it was great experience for us and is hopefully an experience that we can gain from this year.”

Senior guard Jacob Gibson echoed Morgan’s sentiments and said that he is looking for a memorable final year of Bisons basketball with his team.

“One goal we have is winning the conference regular season,” Gibson said. “This starts by winning all of our home games and if we can go .500 or above on the road, we will put ourselves in good position to hang a banner at the end of the year. We want to be back in the national tournament competing with the best teams in Division II.”

One thing that both Kirby and Morgan share a common goal of continued support and passion from the student body and community for the coming season.

“This is one of the few places where game day is special,” Morgan said. “That makes it a fun college atmosphere, and I hope everyone will keep coming out and supporting us.”