Home Features One man, one wheel and a new way to get around

One man, one wheel and a new way to get around 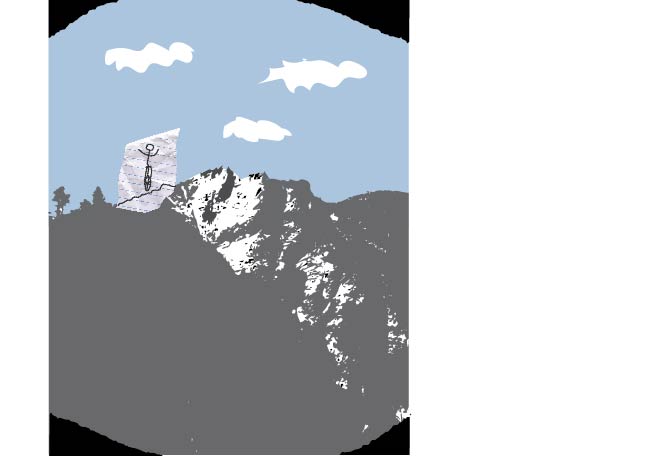 Freshman Joshua Sparks is accustomed to gawking, honking and smiling faces in public. He appreciates the attention and will gladly answer any questions pertaining to his unusual hobby.

Sparks rides a unicycle, and he believes everyone should learn how to ride one, too.

“It’s definitely more unique, especially on campus,” Sparks said.”People don’t really care when they see someone on a bike, but you get weird, and sometimes awkward, looks when you’re on a unicycle in public.”

Sparks said he was given his first unicycle for his 16th birthday after learning to ride one his friend had recently received as a present. By his senior year of high school, Sparks said several other friends had accumulated their own unicycles.

“At the time, we mountain biked a lot (back home in) California, so we decided to try mountain unicycling,” Sparks said. “It’s a very small thing, we kind of discovered it.”

Sparks said he and his friends continued to combine riding a unicycle with other activities like jousting and playing basketball. Sometimes they practiced jumping and spinning in the air.

He said riding a unicycle is much like riding a traditional bike, in that it becomes “second nature” after learning and becoming comfortable riding it.

“The major difference is on a unicycle, you have no breaks and you can’t stop pedaling, (and) obviously no handle bars, but its a workout on the legs for sure,” Sparks said. “(Riding a unicycle requires) a lot of practice. It takes about two weeks to be able to go anywhere. Lots of persistence, I’d say.”

In high school, Sparks started a unicycle club, of which he was the president. He said the club was meant to bring unicyclists together and introduce more people to the hobby, and it is something he would like to do at Harding.

“It’s especially awesome to see other people riding with you,” Sparks said.

Sparks has three unicycles: one for the street, one for mountain cycling and a third with an 11-inch tire, which he calls “the mini-uni.” He said many people respond positively when he rides by and some people want to test it out for themselves.

“(Riding a unicycle is) something special, actually,” Sparks said. “It’s one thing fun as an individual, but also people support it, and it’s cool. I try to let as many people ride it as possible, at least try to. I’m very open with people trying it because I think it’s a lot of fun; everyone should learn how to ride one.”