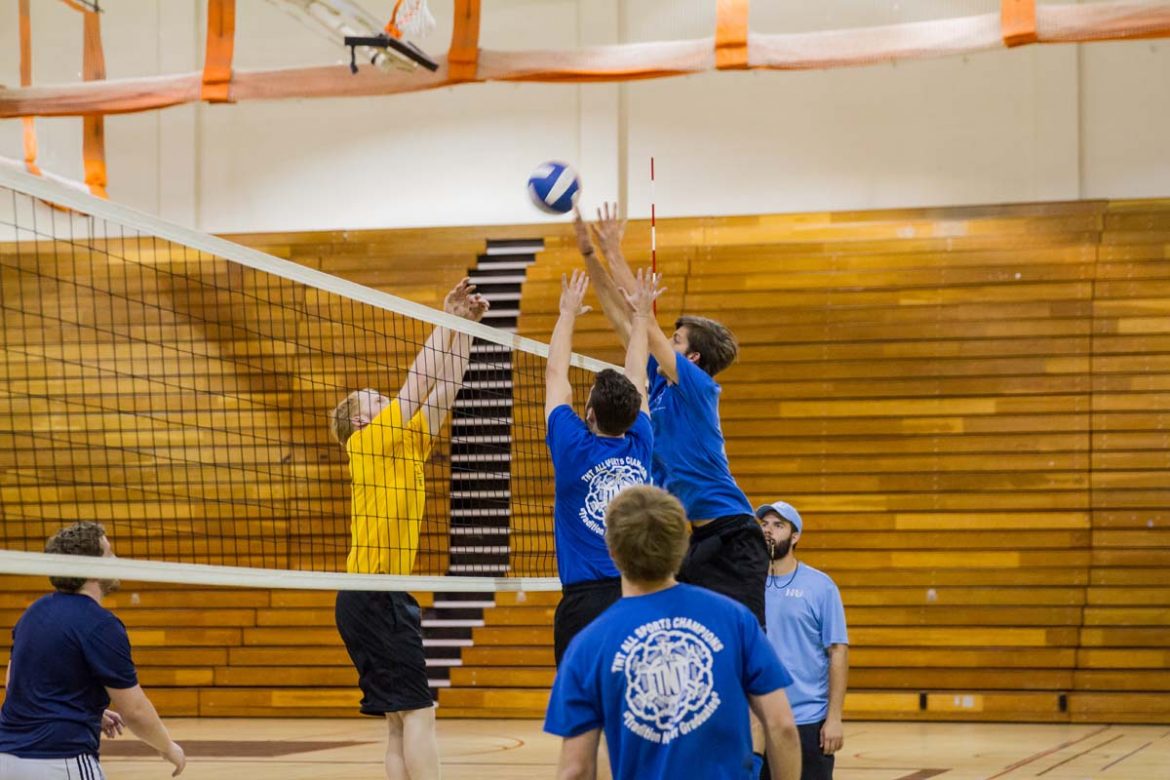 Having progressed through the loser’s bracket, GSP needed to win two matches to win the tournament. TNT led early in the first set of the first match, building a 9-6 lead on the strength of a 5-0 run with junior Lawson Pitts serving. Neither team took control after GSP tied the game at 11-11 on a 3-0 run. GSP won the match 22-20.

The intensity carried into the second set, as neither led by more than two points until a 3-0 run gave TNT an 18-16 point lead. GSP returned one point before TNT completed another 3-0 run to win the set 21-17. However, they failed to seal the deal in the third set. GSP began the set with an 8-0 run with senior Dane Roper serving. TNT battled to stay in the set with a 3-0 run to bring the score to 8-3, but GSP continued to build their lead, ending a 4-0 run from TNT to win 15-8 and force a second match.

The second set saw more action. After opening the game with a 3-0 run, TNT built a 7-3 lead. GSP battled back into the game, building a 13-11 lead on the strength of a 5-0 run. TNT failed to take the lead again until a 3-0 run capped by a block from senior Luke Smith and graduate student Ben Hansen gave them a 19-18 lead. The teams exchanged points, knotting things up at 21-21, but TNT took the final two points to win the match 23-21, clinching the A team volleyball title.

In women’s club volleyball, Pi Theta Phi (PTP) beat Zeta Rho in the large club A team championship. The roles reversed in women’s large club B team competition, with Zeta Rho defeating PTP to win for the second year in a row. Iota Chi finished first in women’s small club A and B team divisions, defeating Phi Kappa Delta in the A team tournament and Sigma Phi Mu in the B team tournament.

One man, one wheel and a new way to get around