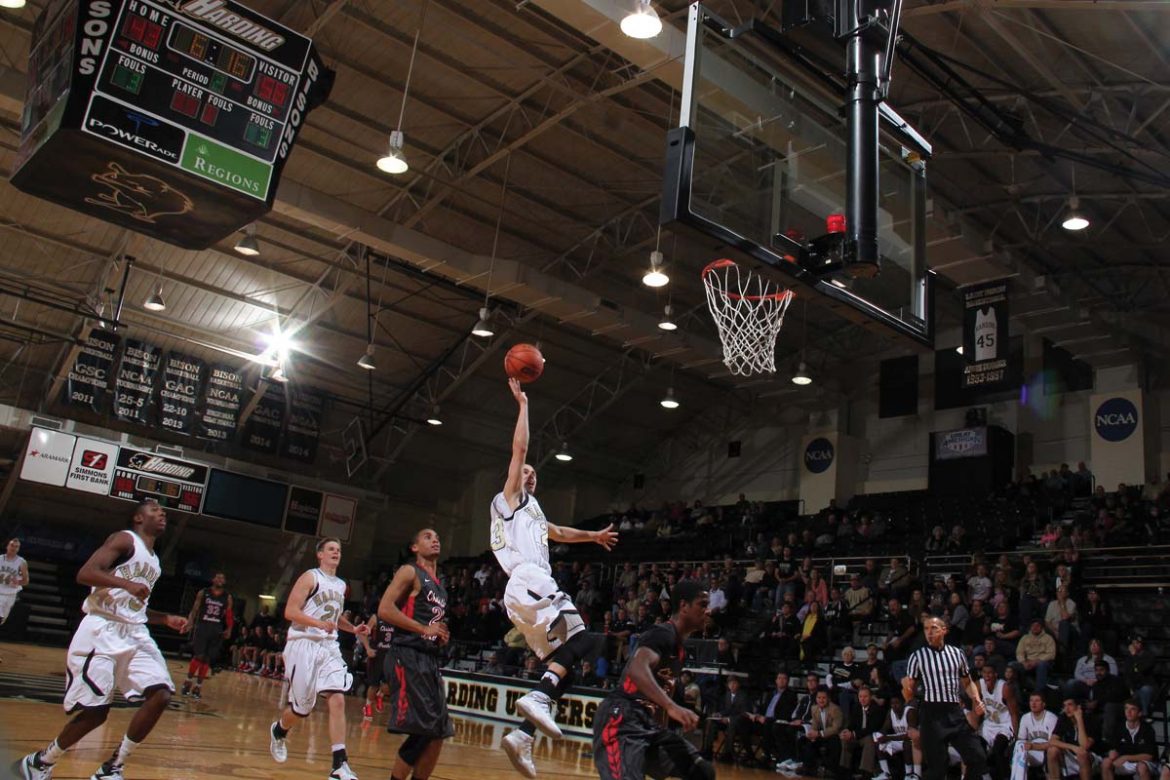 Basketball is a game of runs. The Bison basketball team learned that lesson the hard way at the Pak-A-Sak Thanksgiving Classic in Canyon, Texas last week.

On Friday, Nov. 28, West Texas A&M sunk a game winning 3-pointer with five seconds remaining to secure an 81-80 victory over the Bisons. After being ahead by 14 points with 5:11 left, the Bisons coughed up several turnovers that fueled West Texas A&M’s final run.

“We played pretty well,” head coach Jeff Morgan said. “We just had some critical turnovers in the last couple of minutes. We did a great job of making free throws down the stretch, which kept us in it. West Texas just made some great shots there towards the end.”

With their next game the following day at 2:30 p.m. against Eastern New Mexico University,the team did not have much time to dwell on the loss.

Against Eastern New Mexico, the Bisons recovered from a sluggish start and were able to head to the locker room at halftime trailing 39-37.

The entire game was close. Neither Harding nor Eastern New Mexico led by more than nine points throughout the game and they were tied nine times, twice in the final minute. It only took one second for an Eastern New Mexico 3-pointer to sail above two Harding defenders and into the hoop at the buzzer, a sight strikingly similar to the finale the night before against West Texas.

“Once again, bad turnovers gave the other team the momentum and helped them finish the game on a run,” Morgan said. “We hope to learn from it by watching film and hopefully that will translate into us finishing those games better later on.”

With four straight Great American Conference games ahead of them, the team is ready to put those close losses behind them and continue to improve.

“There are two main keys to winning these upcoming four games,” junior forward Andraz Kavas said. “We can’t give up offensive rebounds, and we need to value the basketball and minimize our turnovers.”

Kavas leads the team in points per game and rebounds per game at 20.8 and 7.2 respectively.

“The coaches and my teammates are encouraging me to be aggressive in the post,” Kavas said. “We have a lot of shooters, so when I’m aggressive it helps to open up shots for the other guys.”

The Rhodes Rowdies, Harding’s nationally recognized student section, will play a vital role throughout the remainder of the season.

“It’s just amazing that we have so much student support,” Kavas said. “They really help us and give us extra energy.”

The Bisons start play again tomorrow at 4 p.m. at the University of Arkansas at Monticello. Their next home game is on Saturday, Dec. 13 against Henderson State University.