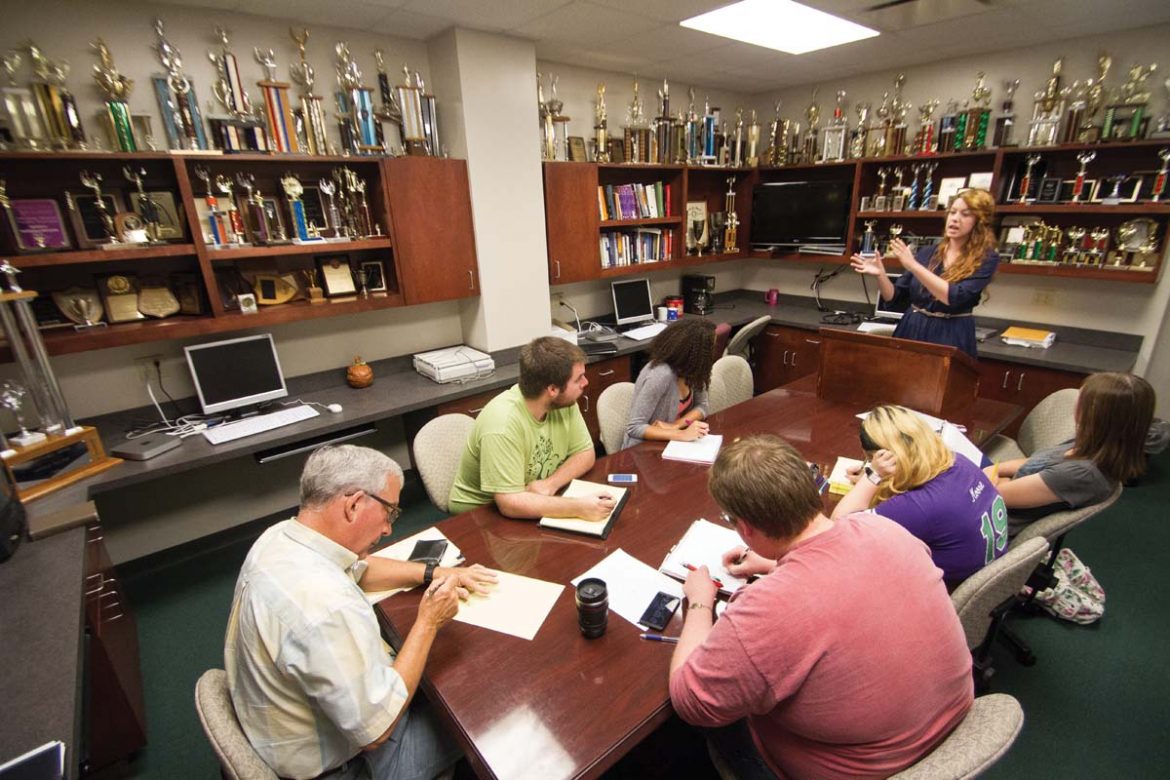 When it comes to public speaking people can be terrified, but imagine doing it for 50 years.

Speech professor Pat Garner has been debating for 50 years of his life. He was a participant of debate teams for seven years and has been a debate coach for 43 years. However, his relationship with the art of debate was not love at first sight.

His dislike for debate gradually changed when he joined the campaign for presidential candidate Barry Goldwater in 1964.

“He inspired me to get up in front of people and talk because that’s not something I do naturally or even wanted to do,” Garner said.

After his campaign for Goldwater, a teacher asked Garner to join the debate team and the rest is history.

Garner now coaches Harding’s debate team and his students appreciate the encouragement whether they win or lose.

One of the values Garner instills in his students is good sportsmanship and etiquette.

“Sometimes debates can be a little snickety and people can step on each other’s toes and be very sarcastic, but he just loves wit, and humor, and he’s very clever so he teaches us to be very clever without being rude,” sophomore Ryann Money said.

One of the aspects Garner appreciates about debating is how it teaches the participant to view different perspectives.

“It’s a way of seeing the world and analyzing thoughts and things of that nature,” Garner said.

He said the debate team is like a small family that comes together to do what they love most, which is to debate and learn from each other.

Graduate student Kalvin Graham, who is also an assistant in the communications department and an adjunct in debate, said the debate team plans to celebrate Garner’s 50th year by winning more trophies and by doing what they love.

Elizabeth Smart to speak in Searcy on child safety