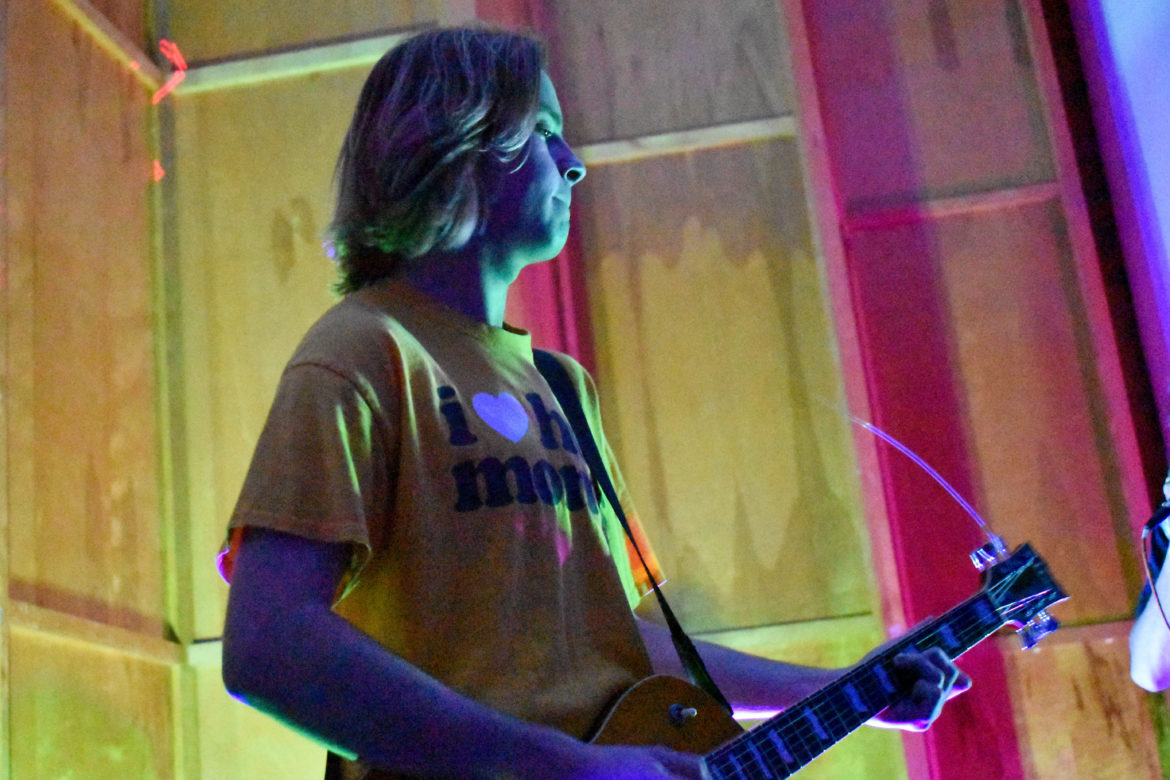 Harding students turned out in big numbers on Nov. 4 to watch men’s social clubs Knights, Omega Phi and Titans host an event new to Harding’s campus: “Battle of the Bands.”

Although the name implied competition between the three clubs, performing  junior Knights member Kyle Rass said this wasn’t what happened.

“I expected ‘Battle of the Bands’ to be a little competitive between the three bands that were playing,” Ras, who served as one of the band members, said. “Once we got up on stage and started playing, I realized that it felt more like the three bands were trying to provide a good time for the people that we loved.”

“My favorite part was right after we finished our set,” Burke said. “We got to watch the other bands play while we were still so energized. It was an amazing experience overall.”

While the event ran smoothly, it looked early on like the weather might threaten the night. Junior Omega Phi member Dawson Teague also helped plan the event and said the event organizers had to adjust quickly.

“We originally planned the event to take place in the intramural field parking lot,” Teague said. “Because of the high chance of rain that night, we had to quickly change plans and had it in the Lee Building. That was a little different than expected, but it ended up being so much better because of the acoustics in that large room.”

Burke said he also wasn’t sure how the night would go, but it had nothing to do with logistics — he was worried about his own band’s performance.

“To be honest, I had my expectations pretty low,” Burke said. “None of us got the chance to rehearse nearly as much as we wanted to. However, once we got on stage, it felt like we knew exactly what we were doing.”

Ras had similar thoughts, noting that the group’s nervousness faded away once they were on stage. He credited the crowd for making the experience so memorable.

“The Knights crowd was very energetic,” Ras said. “Our amazing queens showed up and screamed their hearts out for us. It was very fun.”

Teague also cited impressive audience turnout as a catalyst for “Battle of the Bands” being as good as it was.

“We had a much bigger turnout than I anticipated, which was awesome,” Teague said. “The fact that this went from just an idea to something that will hopefully be a highlight for a lot of people this semester is so cool, and it made me so happy to see everyone there having a great time.”