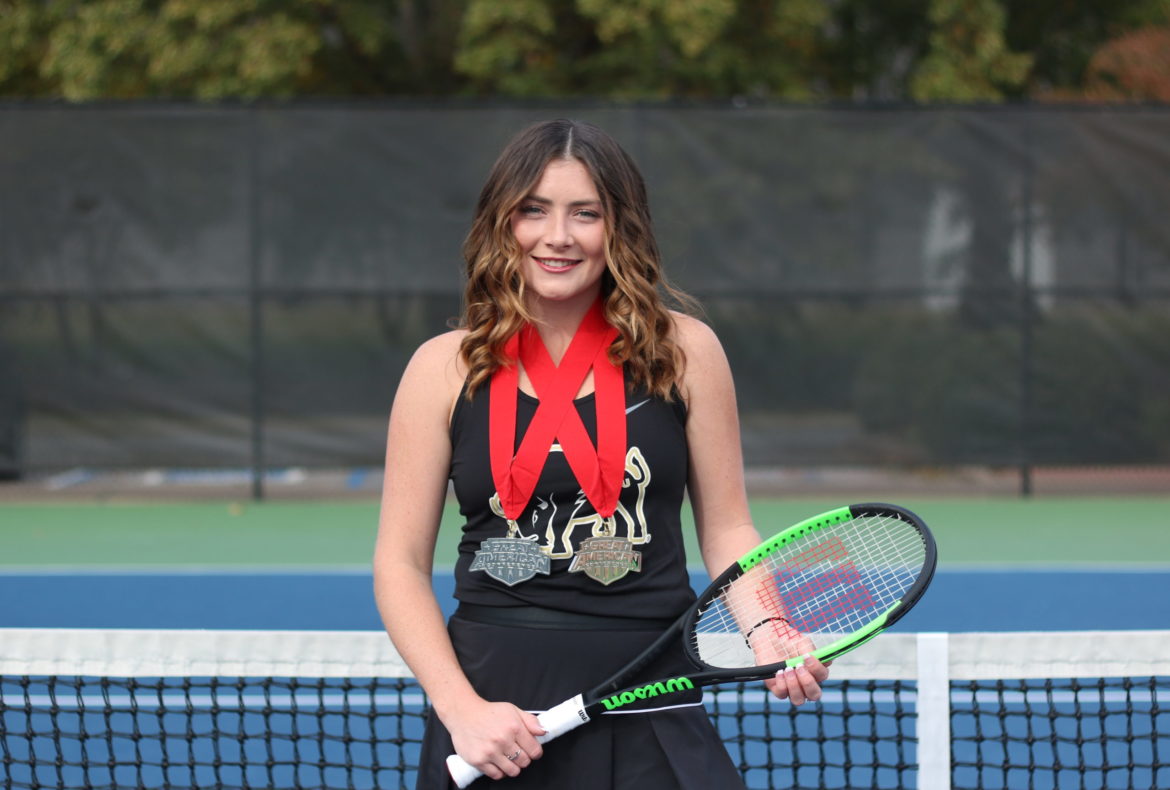 One Harding tennis player described the feeling of stepping onto the court for her first competition this fall, four months after undergoing major surgery, as surreal.

Redshirt junior Grace Dodd was playing in the regional tennis tournament last spring when she broke her ankle. The Lady Bisons lost in the first round to Missouri Western State University on May 6, according to the Harding Sports website, ending a season in which Dodd earned Great American Conference (GAC) Newcomer of the Year and first team All-GAC honors.

Dodd said she felt a mix of frustration, anger and sadness thinking about the work she had done to get to that point.

“I felt like it was just gone, and I didn’t know if I was going to get back to who I was,” Dodd said.

She underwent major surgery that summer and spent the next four months slowly regaining her strength through rehab and physical therapy. She said that during this process, she held onto a piece of encouragement from a friend who told her that God would not give her something she could not handle.

Dodd returned for the Great American Conference Invitational on Oct. 21-22 at Arkansas Tech University in Russellville. Despite lingering pain in her ankle, Dodd captured the Flight 1 singles championship and partnered with junior Romane Britt to win the Flight 2 doubles championship, as well.

“It was definitely almost impossible odds, but I would just say that that was glory to God, and he gave me the strength to overcome all my obstacles,” Dodd said.

In her first singles match, Dodd dropped the opening set to Mulan Kamoe of Henderson State University 6-0, according to a Harding Sports article. However, she recovered to win back-to-back sets and advance to the semi-finals. She went on to win two other matches, including a come-from-behind victory against Sara Roy of Southern Arkansas University, after losing the first set, 6-1.

Redding said he credited Dodd’s success to her mental toughness and determination to fight through matches.

“She just has such a warrior mentality on the court that she wills herself to win,” Redding said.

In the doubles tournament, Dodd teamed up with Britt to win two matches, the Harding Sports article said. The pair took down Roy and Annika Berrendorf of Southern Arkansas University by a score of 7-6 to secure the championship.

Dodd said she and Britt made an effective team because of their solid chemistry and communication on the court. Britt said that during the competition, she focused on supporting Dodd and on helping her make it through all of the matches.

“It was good to get back out there and win the tournament,” Britt said. “I mean, that’s the best that we possibly could have done, so that’s very exciting.”

Dodd said she hopes to continue strengthening her ankle during the offseason. Redding said Dodd is one of the hardest workers on the team, and he hopes to see her and Britt lead the team to fight for a conference championship in the spring.