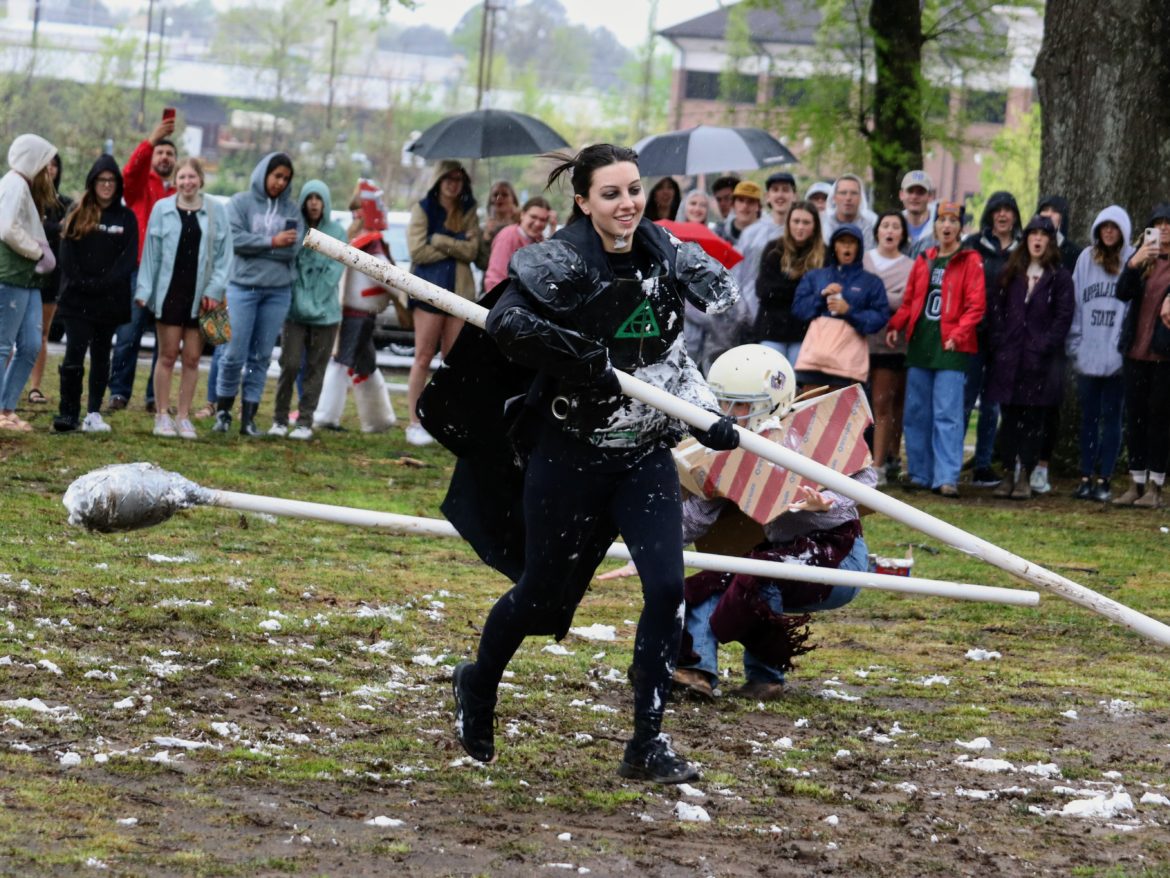 Junior Knights activities director Mason Shappley served as the organizer of the Knights Joust. He said, being an interclub event, all clubs are invited to participate in the joust.

This year, Shappley said about 16-18 clubs participated in the joust. Knights provided polyvinyl chloride pipes — or lancers — used to hit opponents while the contestants were charged with responsibility of creating their own armor for the fight. The tournament was held outside of the Ezell Center.

Beginning at 11 a.m., the event lasted for about 45 minutes, Shappley said. Each battle contained three rounds. Rain and mud made things more interesting.

“We filled up a lot of the lawn,” Shappley said. “It was a lot of fun, very energetic, a lot of energy.”

Freshman Bailey Flynn, a member of women’s social club Delta Gamma Rho, participated in the event. She felt nervous at the beginning before giving into the fun.

Shappley said Knights’ president gets to select the winners of each battle based on the hits delivered by players. Junior Hannah Atkins, a Knights queen, emerged as this year’s winner.

Atkins’ involvement in the joust tournament has an interesting backstory, Atkins said. Last year, she was a Texas A&M student visiting to watch her friends perform in Spring Sing. During her visit, she witnessed the Knights Joust and thought it was interesting that a small girl — sophomore Sophie Glover, a Knights queen — was jousting for this club.

“I ended up deciding to transfer to Harding, and ironically enough, Sophie ended up being my roommate, and then I also ended up getting queened by Knights,” Atkins said. “And then I ended up jousting. So it was a very full circle kind of thing.”

Atkins said she was surprised that she won the event.

“Going into it, I was really nervous,” Atkins said. “But then I ended up making it far and winning.”