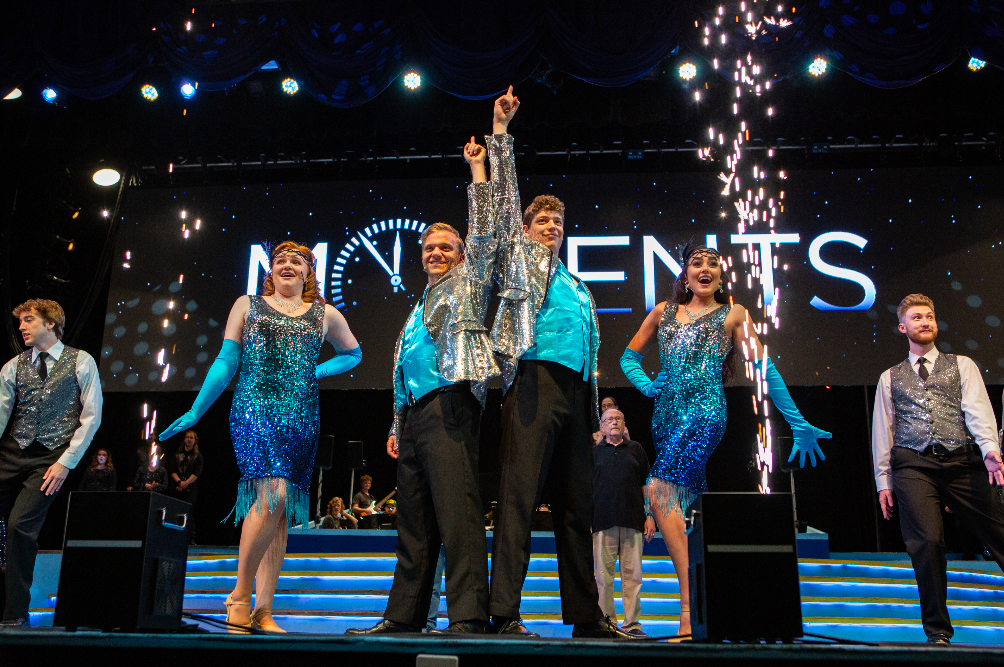 Four talented students are getting their chance to shine on the Benson Auditorium stage this weekend as hosts for the 2022 Spring Sing show, “Moments.”

Hostess Lydia Black is a senior acting major from Kilgore, Texas. Black has been in theater all her life, acting in her first show at just four years old. She has been very involved in the Theatre Department, participating in the Homecoming musical — “Big Fish” — her freshman year, as well as many other Theatre Department productions, Campus Players shows and one-act festivals. Despite all the experience, this will be Black’s first time on stage for Spring Sing. She said she has enjoyed the process of working with her peers to create this show.

However, not all the hosts come from a large theater background. Hostess Camille Overman is a senior vocal music education major from Carthage, Texas. Overman is a classically trained choral singer and made her theater debut in last fall’s Homecoming musical, “Elf: The Musical.” Overman said becoming a Spring Sing hostess was a dream come true.

“I knew that I always wanted to be a Spring Sing host, but it didn’t really seem attainable until I did ‘Elf,’” Overman said. “I feel like I’m living a dream every time I show up to practice. Being picked to lead this group of people and being given the responsibility to be the face of this massive thing is really humbling and really exciting.”

Host Asher Patten is a junior acting major from Searcy, Arkansas. Patten played the lead role of Buddy the Elf in last semester’s Homecoming musical. He explained the difference between working on a standard theater production and Spring Sing.

“The nature of performance that I’m accustomed to is acting based, so I’m not Asher, I’m a certain character on stage,” Patten said. “The nature of Spring Sing is where it is only me up there, and that mask that an actor can hide behind is not there. Part of the challenge has been leaning into adding elements of myself into the show because Spring Sing is our campus’s story, so that has been really interesting to navigate.”

Patten was supposed to make his Spring Sing debut as a member of the ensemble in 2020, but that show was canceled due to the COVID-19 pandemic. Patten returned to the ensemble for the heavily limited 2021 show, so he said he is excited to be host this year with Spring Sing being fully back.

“These issues that we’ve been dealing with for the past two years aren’t as present, and it feels like how Spring Sing should be, so it’s been a lot of fun,” Patten said.

Patten is joined as host by fellow 2021 ensemble member Keller Montgomery. Montgomery is a junior theater major from Nashville, Tennessee. He explained the collaboration between the four hosts.

“We’re all distinct, but we also blend together well,” Montogomery said. “The four of us are like a team, so that’s cool. To get to work together with these three other people who are all amazingly talented and get to work alongside them, that’s really great. I love the four of us together.”

This year’s Spring Sing titled “Moments” will be performed five times throughout the weekend in the Benson Auditorium. The winning club show will be announced after the final show on Saturday night.