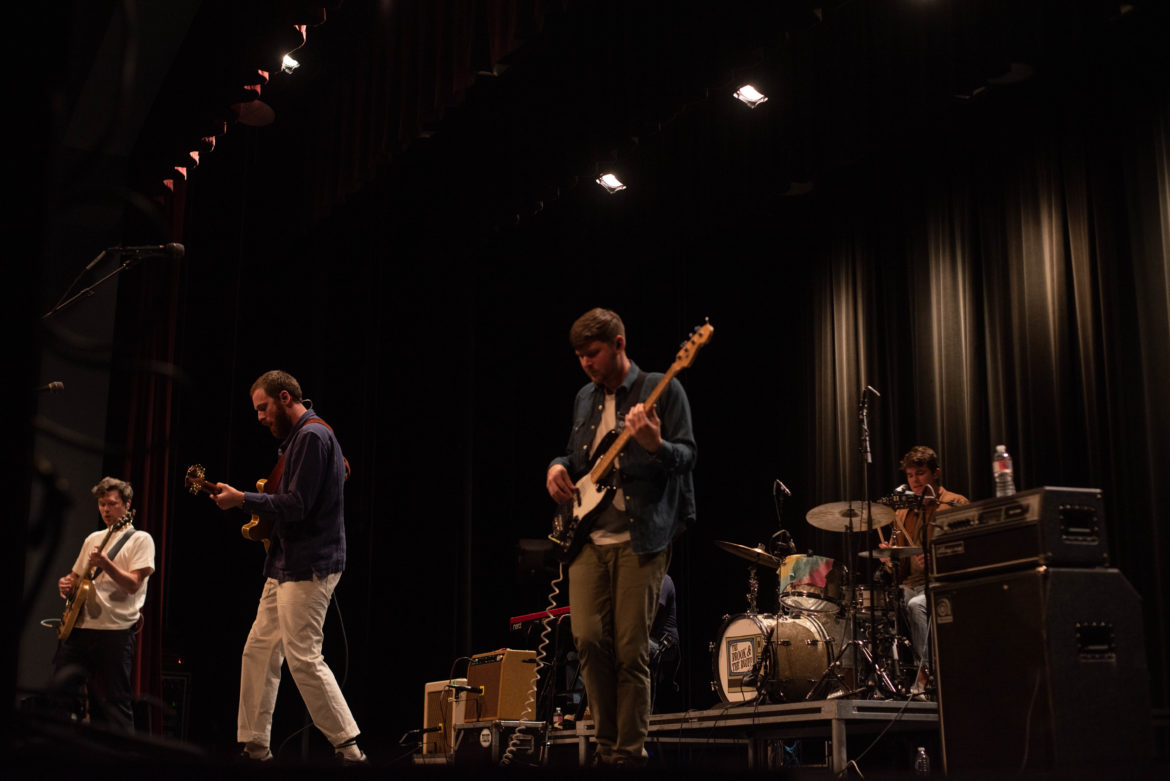 The Brook and the Bluff — a band from Birmingham, Alabama —performed on the Anthony and Wright Administration Auditorium stage on Saturday, April 2. The band is now based in Nashville, Tennessee, and before starting their next tour on April 7, they stopped by Harding to perform.

“It’s not what we usually do,” drummer John Canada said. “Usually we are traveling around the country doing our own headline shows in Los Angeles, San Francisco, New York, Boston, etc. But whenever we get to come to colleges like this, it’s always a pleasant surprise because it’s places that we wouldn’t otherwise get to go to.”

“[When] Joseph and I met at Auburn in 2012, we formed a cover band with some friends that fizzled out,” Bolton said. “Then we didn’t play for a year, and senior year we reconnected and formed an acoustic duo that we ended up calling ‘The Brook and the Bluff,’ which comes from my hometown of Mountain Brook, and his is Bluff Park. The other three dudes are also all from Mountain Brook, so it all just fell into place.”

The Brook and the Bluff was not a new name for many Harding students. Campus Activities Board (CAB) director Abby Stinnett booked the band because she heard from other students who had already seen them perform multiple times before.

With The Brook and the Bluff booked, Stinnett contacted Harding’s very own Rivers West to open.

“I messaged them when I knew we were getting The Brook and the Bluff and thought it would be so cool for them to open,” Stinnett said.

Students were familiar with the band because of their performances in nearby cities.

“I really liked all their music when I first started listening to them,” junior Nicole Savage said. “I first saw them in concert in Little Rock last October and then we went again when they played in Memphis in January.”

The concert was free and originally supposed to be outside, but was moved indoors because of rain.

“It’s so mushy out there that it’s just not good for a stage,” Stinnett said “I thought it would be really fun to do an outside concert. It’s outside. Outside is free. So it just didn’t make any sense to charge people to sit outside.”