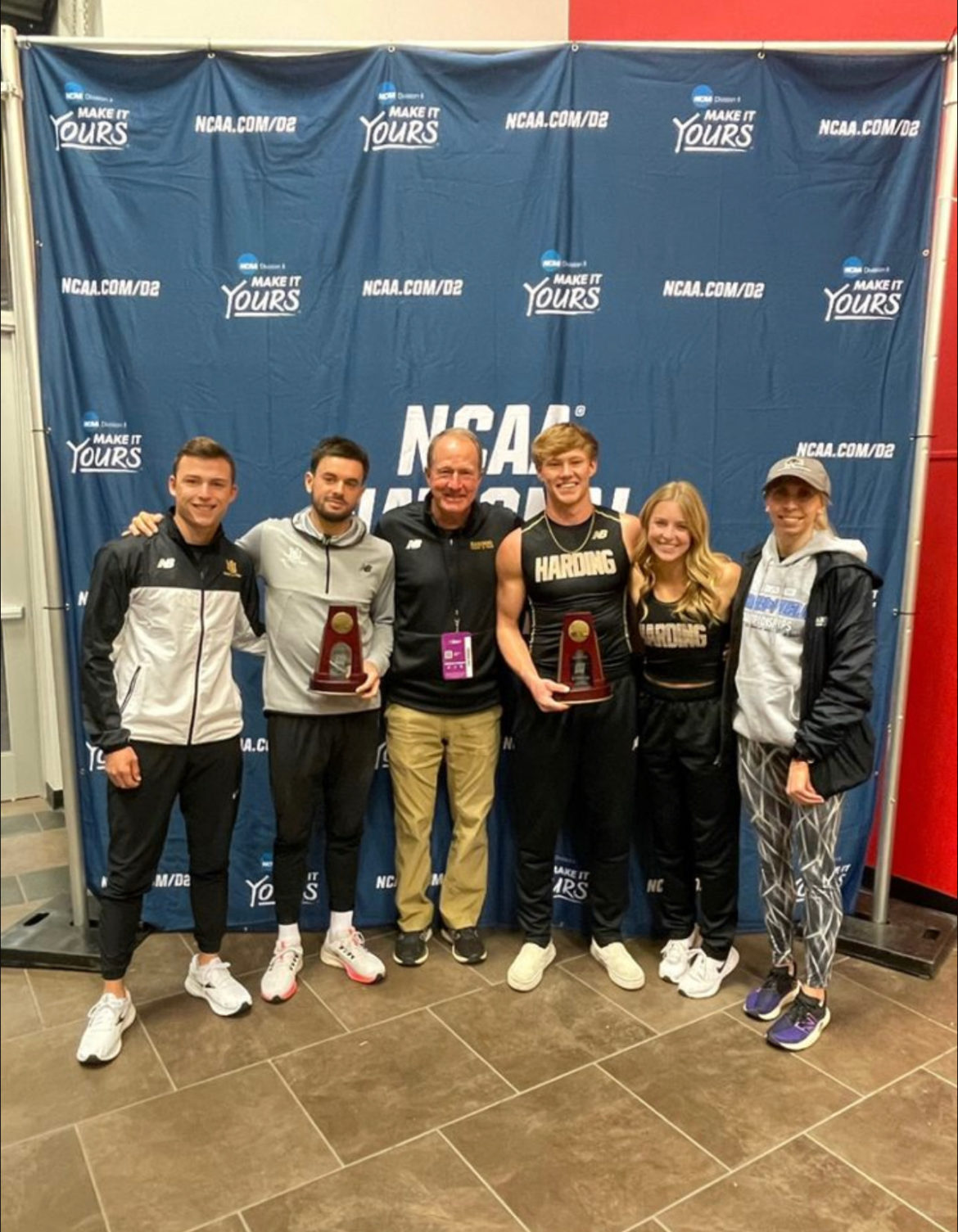 Several members of the Harding University track team hosted a multi-meet for the heptathletes and decathletes and participated in the Indoor National Championship in Pittsburgh, Kansas, over spring break.

The track team is now beginning their outdoor season and will be competing almost every weekend until the end of the season.

“We will begin our outdoor season after spring break,” head coach Don Hood said. “We will host a meet here on March 19 and again on April 9.”

“This home meet is a good way for everyone to get to compete and start off the outdoor season strong, so I know we’re all looking forward to it.” White said.

Withrow said she hoped the track team would be supported at this meet and that the Harding student body would be present on March 19.

“Our track team had a very successful indoor season with lots of personal bests, broken school records and taking five to indoor nationals,” Withrow said. “We are ready for outdoor season and look forward to competing at conference and nationals.”