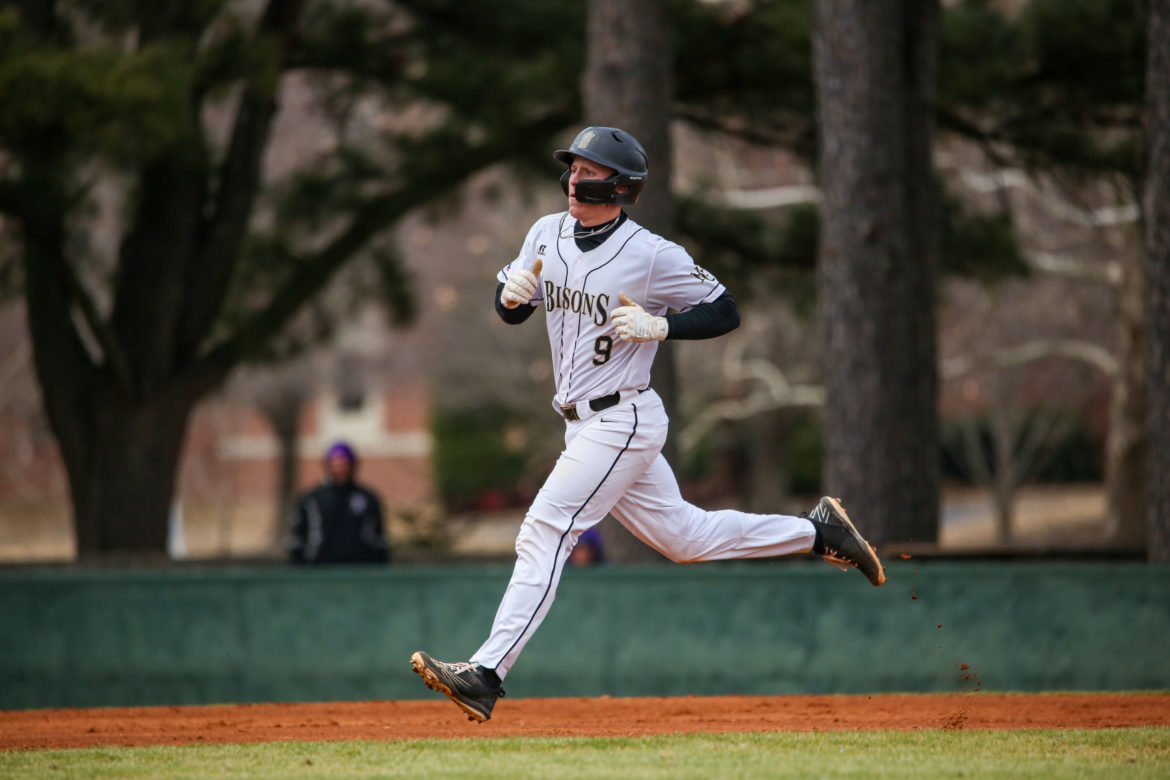 The award was announced during the second week of the season after an outstanding week on the diamond by Doyle. The 20-year-old is batting with a .292 batting average, 12 runners batted in and five home runs through seven games.

“I’ve been really hot here lately, and that’s a big confidence booster going into the rest of the season,” Doyle said.

Doyle is entering his third season with the Bisons, but injuries to his hand kept him on the bench during the 2020-21 seasons.

“Not playing for two years and getting hurt was really hard,” Doyle said. “It’s refreshing to come back and see it coming all together.”

Assistant baseball coach Zach Beasley praised the hard work that Doyle had to put in to get back into the game.

“Over those two years where he was battling injuries, he never quit working,” Beasley said. “He worked while he waited, and you’re seeing that hard work and consistency paying off this last week.”

Doyle has worked hard to get back into baseball, and head coach Patrick McGaha said his work ethic is what winning the Player of the Week award shows.

“His work ethic is outstanding,” McGaha said. “Because of the time and effort he has put in practicing hitting, it is paying off with success at the plate.”

“We all have a lot of confidence in Coulton,” Beasley said. “To see him get off to a hot start definitely [builds] confidence in him and builds up the team’s confidence.”

Baseball players are often superstitious when it comes to maintaining streaks. Some will do the same pre-game ritual or have the same walk-up routine before they hit — anything to keep the streak alive.

Doyle said he has a specific pre-at-bat, and a pre-game routine that he has found to work well.

“I take three practice swings with a bat weight and take a deep breath,” Doyle said. “In pre-game, I try to sit and clear my mind of all distractions.”

Doyle said the biggest thing that he can stress to be successful is being consistent.

“My personal opinion is that you don’t hit home runs when you are trying to hit home runs,” Doyle said. “I try to stay through the middle and keep my swing short when I am batting.”

This is Doyle’s first time being GAC Player of the Week. The baseball team’s next game is today in Searcy against Southeastern Oklahoma State University.