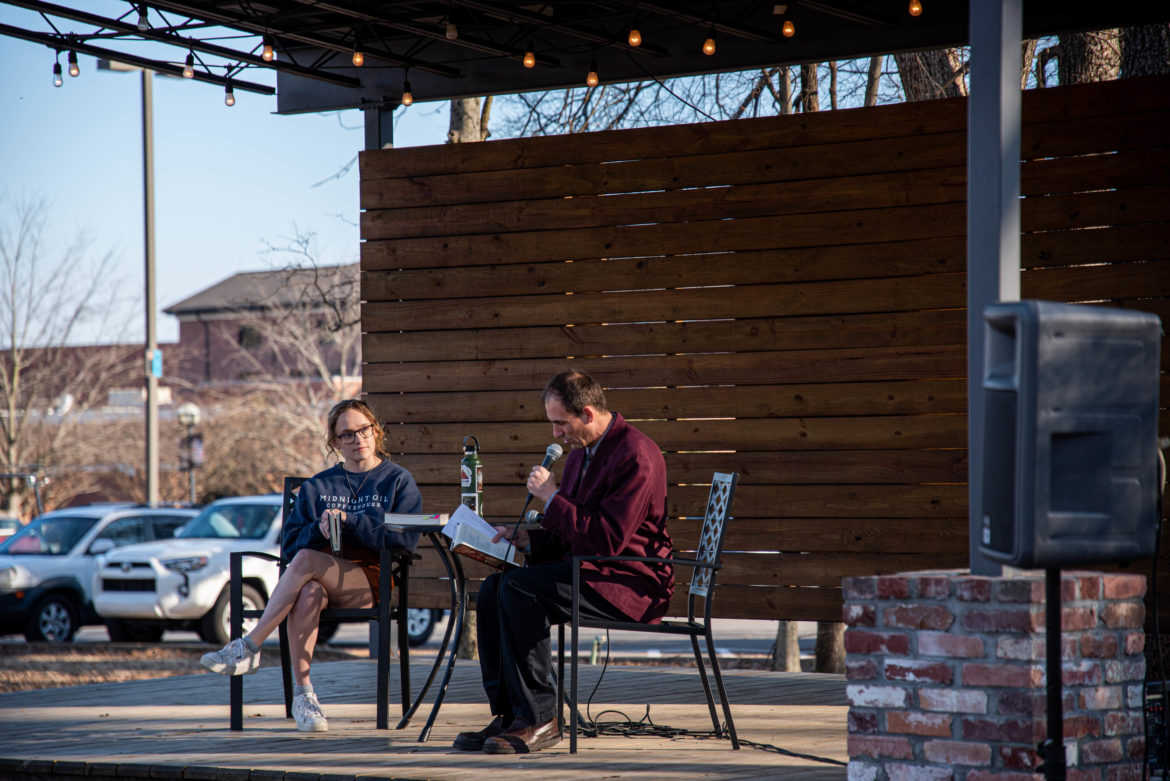 Associate professor of English Nick Boone and members of his African American literature class gathered around the Midnight Oil outdoor stage at 4 p.m. and took turns reading works by 20th century authors such as Langston Hughes and Zora Neale Hurston. Each student selected the poems and stories he or she wanted to share at the reading.

Boone said he created this event as a way for students to provide a service to the local community. Boone said he hoped people in the class would learn the benefits of taking literature beyond books and classrooms and sharing it with people in other places.

“For the students, I want them to develop a comfort and confidence in handling literature so they can make it a part of their world,” Boone said.

Before the event, senior Brett Birdwell said he wanted to read a poem by Langston Hughes because the poet played a very influential role during the Harlem Renaissance and wrote about problems that are relevant in the U.S. today.

Birdwell also said he found poetry by Black authors easier for him to connect with compared to other genres because many of the writers came from the South, where Birdwell was also from. The senior said the African American literature class has allowed him to explore works containing a variety of themes about love, spirituality, beauty and more, which have helped change his perspective about this genre of writing.

“I would say it’s not just about race; it’s about a lot more,” Birdwell said.

Boone said his class has focused on the artistry of Black writers and on ways the authors used obstacles to stimulate their creativity. Boone said he hoped the poetry reading would encourage members of the public to have a greater appreciation for Black writers and to explore more works by these authors.

Midnight Oil manager Annesly Pruitt said Boone reached out to her about having the event at the coffeehouse because it was a nice space for people from the community to talk and interact. Before the event, Pruitt said she was excited for the poetry reading group to discuss topics about diversity and connect with others at Midnight Oil.

“I’m thankful that we kind of get to serve as a space for events like this, not only to reach Harding students but also to reach the Searcy community with thoughts and conversations,” Pruitt said.