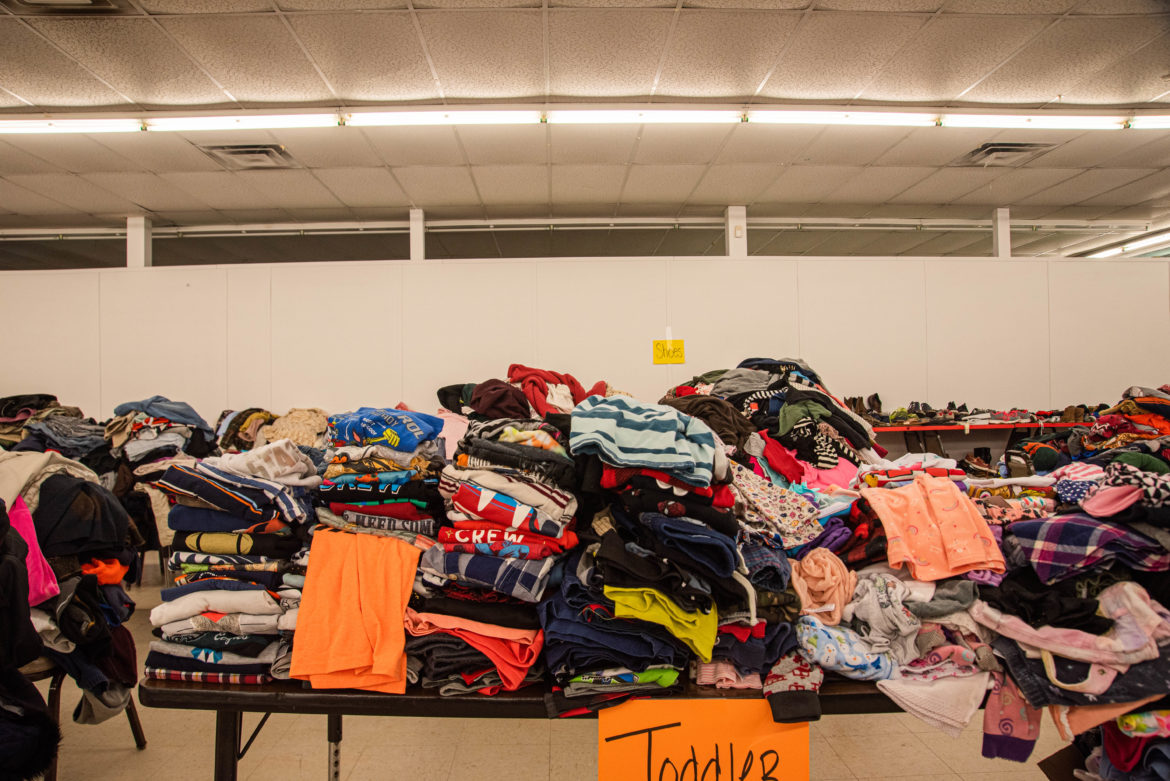 Searcy Fire Chief Brian Dunavan said the fire department responded to a 911 call regarding a fire at CJ’s Place apartment complex at 12:30 a.m. last Thursday, Feb. 10. The Daily Citizen reported that all residents safely exited CJ’s Place apartments, located on 1706 E. Moore Ave. However, all 25 families that lived in the apartments have been displaced.

Senior Eden Henderson, an intern for 100 Families— a nonprofit that helps families in crisis — organized additional volunteers in an effort to help the displaced families affected by the fire.

Henderson said the families range in a wide variety of ages and relationships — some have newborn infants, others have older children, and some are couples or singles. 100 Families is working with 23 of the families affected and 50 total individuals.

“[100 Families] is working to help resource all the families,” Dr. Andrew Baker, director of the Mitchell Center for Leadership and Ministry, said.

Henderson said the nonprofit’s small staff was not equipped to manage the overwhelming amount of donations, which caused her to contact women’s social club Zeta Rho and men’s social club Knights to ask for assistance. Members of the Harding football team and various University classes volunteered as well. Their time has been spent organizing the donations delivered to 100 Families at 1201 E. Race.

Henderson said the most immediate need of clothing has been met, but toiletries are still being accepted, and furniture is also needed. 100 Families listed specific donations for each family, which can be found on White County 100 Families Alliance Facebook page. Baker said that specific donation items are listed so that families can receive what they are asking for, and to avoid unneeded donations. Monetary donations are also being accepted.

Baker said the fire typically does not fit within the scope of 100 Families, but the nonprofit has “stepped [up] in a huge way,” by offering assistance. 100 Families has also assisted affected families in finding housing and reimbursement for food loss.

“I think as college students it’s hard for us to realize actually how big of a deal this is for the community, being in the middle of organizing everything and working personally with these families, like, they have to start over,” Henderson said.

“I really have enjoyed getting out into the Searcy community,” Hale said. “It’s very eye-opening to work outside of the Harding community … Harding students should be the ones going out and making themselves uncomfortable and getting out of the Harding bubble and talking to the people nobody talks to.”

Hale described the donations as a constant incoming stream in which she “may have made a 10% dent” in organizing Feb. 10.

“This is a traumatic thing that has just happened, and now these people have to rebuild,” Henderson said. ”It’s been really humbling to see how Searcy has shown up for them.”