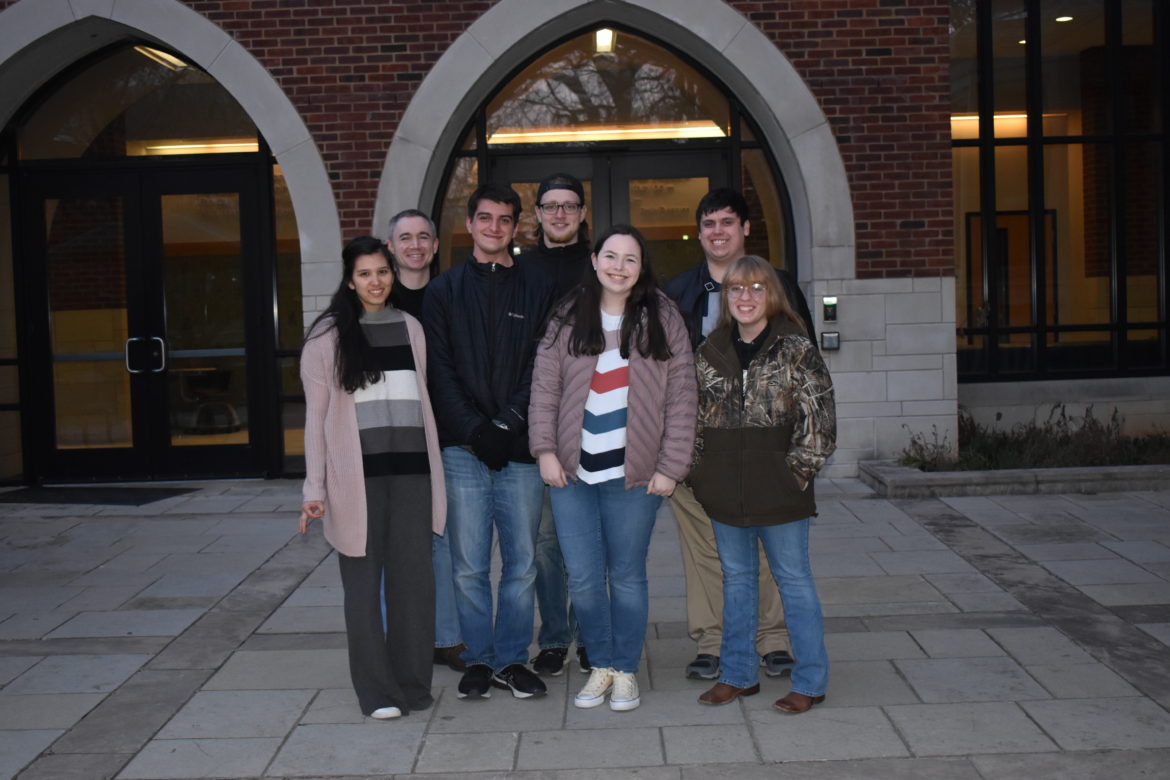 This is the first ACF tournament for a Harding team in several years. While the University had a quiz bowl team in the past, it dissolved after their sponsors left Harding.

“I’d known that it was sort of sitting there as a possible opportunity for a while,” Dr. Steven Barber, associate professor of Engineering and Physics, said. “It’s just a difficult thing to coordinate if you don’t know exactly where to start.”

In spring 2021 Barber sent out a campus wide email gauging interest, and the response was overwhelming, Barber said. The team officially formed in fall 2021, and spent their first semester playing among themselves. The competition at Vanderbilt was their first.

“This was not designed as a tournament for beginners like us, but it was crucial to our development that we get some competition experience this year,” Barber said. “We had fun, always scored points and came away with lots of ideas for the future.”

The teams they played were from colleges like Georgia Tech and Vanderbilt, which Barber said is sort of a different order of university than Harding.

“It seemed really important that if we’re serious about sort of continuing as an actual team, that we take whatever opportunity we had to go play,” Barber said.

One of the members who participated, freshman graphic design major Olivia Williams, said she enjoyed quiz bowl because she liked seeing what she knew and playing the game as a team.

“You get to know your teammates and their strengths,” Williams said. “I enjoy kind of nerdier things, so I enjoyed getting to study things that interested me.”

The questions asked during games vary widely, Williams said, so anyone can find their place doing it if they like to learn new things.

“A lot of people assume that in order to do quiz bowl you need to be, like, intelligent of some kind,” Williams said. “It can be anyone who has any kind of interest in any subject.”

While the current quiz bowl team is small, consisting of around five or six members, there are plans to grow, junior Jackson Benight said.

Quiz bowl practices are Mondays and Fridays at 3 p.m. in the Pryor-England Center for Science and Engineering in room 117.