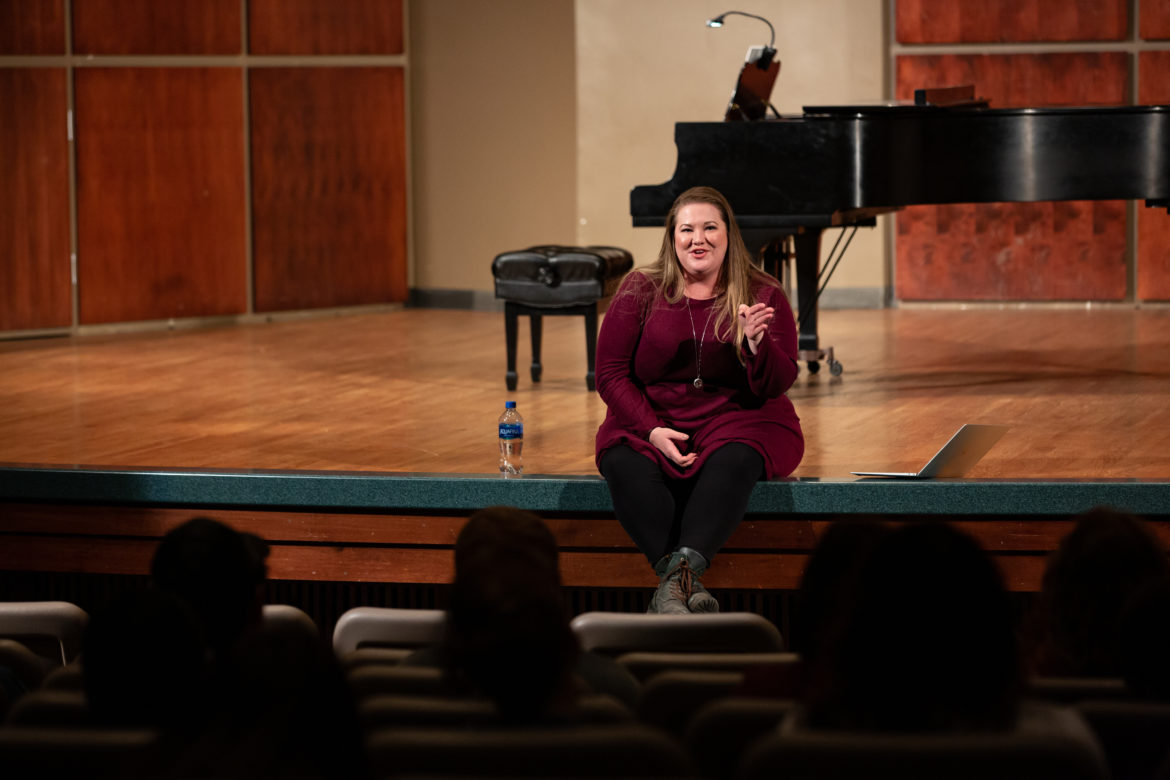 Harding alumna Abby Smith remembered sitting in the audience of shows at the Arkansas Repertory Theater in Little Rock when she was in college.

“And I’ve always thought, ‘Oh, that would be really cool to perform at that theater,’” Smith said.

The actress took the stage at The Rep on Jan. 18 for opening night of the play “Designing Women,” which was based on the ’80s television sitcom of the same name.

The play follows the show’s original group of four women who run a design firm in the South as they adapt to life in 2020, according to The Rep’s website. Smith plays Haley McFee, a new character who was not in the television series.

The actress said she was not in the cast of “Designing Women” that ran last fall in Fayetteville. However, she got a callback in November to audition for a spot in the Little Rock production.

Smith said she typically performed in musicals, so “Designing Women” was the first play she had booked in a long time.

“I’m such a musical person that I have to find energy in the show in different ways than letting dancing or singing boost me,” Smith said. “But it’s cool because it’s a small cast, and it’s mostly women, so it’s really fun to sort of find that camaraderie with the women and the cast.”

Smith visited Harding on Tuesday, Jan. 25, to speak with students in a theater forum. Theater professor Ben Jones said Smith talked about her journey after college, which included returning to her home state of Texas, attending graduate school and moving to New York City. Smith made her Broadway debut in 2017 as Mrs. Puff and as an ensemble member in “SpongeBob SquarePants: the Broadway Musical.”

Jones said Smith emphasized the importance of working hard and making sacrifices to achieve one’s own version of success, whether pursuing a career on Broadway or finding joy in a job elsewhere.

“One of the things that she mentioned was loving the work that you’re doing, finding a way to figure out: What is it that you love about it, and how can you do that?” Jones said.

Freshman Mason Smith, who is related to Abby Smith through his father’s side of the family, said he met the actress on a trip to New York to see “SpongeBob” on Broadway. The freshman said Abby Smith has given advice to help him achieve his own goal of performing on Broadway.

“She’s really helped point that drive and passion I have towards specific goals along my path to help me overcome them and get better,” Smith said.

Junior Josie Holman said Abby Smith seemed like a caring and joyful person at the forum.

“I really was very thankful that she gave her time to come speak with us,” Holman said. “She was a really, really neat person to talk to and was very real and honest with us and very encouraging.”