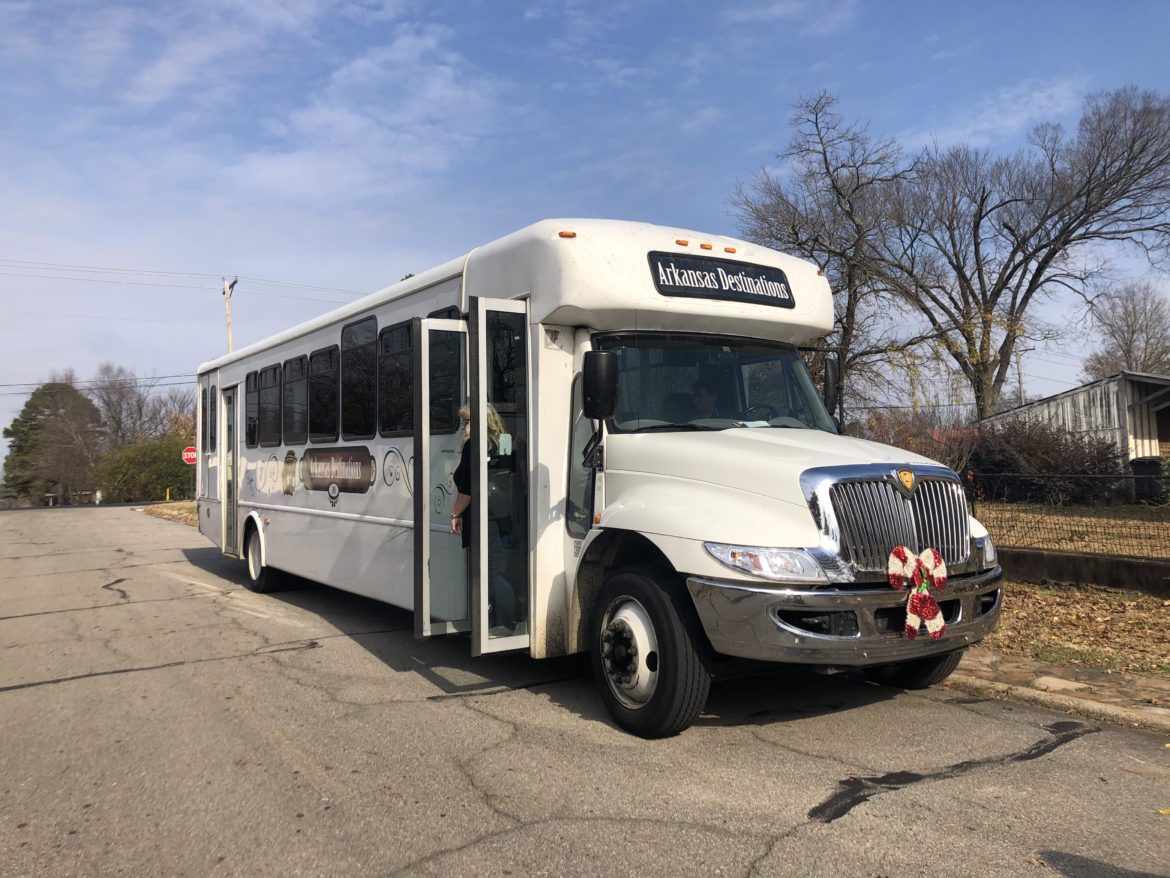 The bus tours are led by the president of the historical society, Shelly Churchwell. Those who signed up for the tour meet at the Searcy United Methodist Church to learn about its history, then board a Searcy Destinations bus for a ride across the street to the Searcy Art Gallery, also known as the historic “Black House.” After about an hour at the art gallery, the group rides to Smyrna Methodist Church just outside of Searcy while listening to a historic lesson about Searcy on the way.

Churchwell said they thought it would be good for people to be able to go inside places, such as the Black House, that they usually don’t go inside of and learn more about Searcy’s history.

“I think it’s important that we know about our history and our ancestors and the kind of life that they led so we don’t forget where we came from,” Churchwell said. “We tried to pick the places that people didn’t normally get to go inside of so they could learn more about those spots.”

Kristi Thurmon, the vice president of marketing at First Security Bank and the publisher of Only In Arkansas, was the person who first had the idea for the bus tours. She said she thought it would be a good idea because Searcy has so many buildings that are decorated for Christmas, and she wanted to know more about those buildings’ history.

“I love it,” Thurmon said. “We have a rich history in Searcy that we don’t celebrate enough.”

Searcy Art Gallery curator Debbie Higgs, who was born and raised in Searcy, said the Black House has always been a part of her life because she remembers seeing members of the Black family sitting on the house porch when she was younger.

“It’s fabulous that we can be part of the bus tours,” Higgs said. “It amazes me that there are people that come here every week and say, ‘I’ve lived here all my life, and I’ve never been in this house.’”

Tickets for the Searcy Historic Christmas Tours can be purchased for $10 each on their Facebook page. The limit for each tour is 40 people.