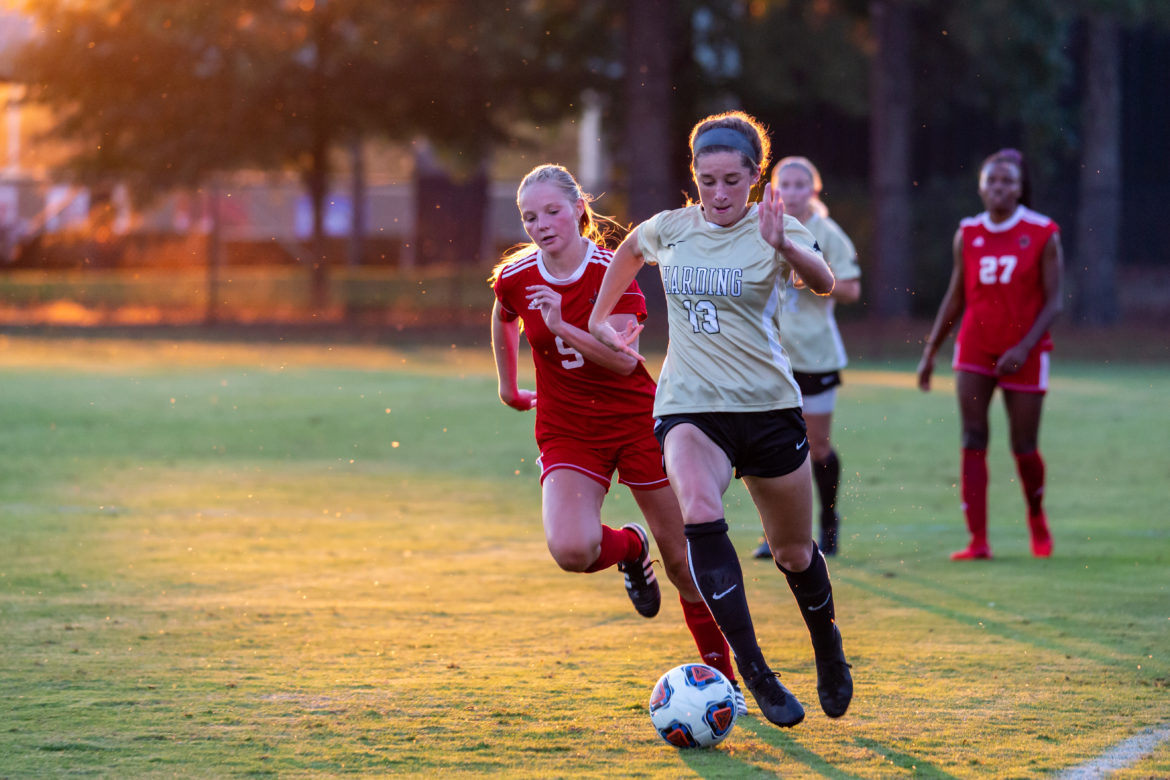 Senior forward Emma Roberts was named Great American Conference (GAC) Player of the Year this November after leading the Lady Bisons soccer team with 17 goals and two assists during the 2021 season. Roberts played a total of five seasons, having been allowed an extra year of eligibility because of COVID-19.

“To have her come here to be able to play here was just a phenomenal blessing for us and our program,” women’s head soccer coach Gregory Harris said. “Emma’s probably one of the most dynamic players that I’ve ever coached here in my 21 years here at Harding, I’d say, on either side of the ball — men or women.”

Roberts was one of the team captains this year, and Harris said her level of experience helped her teach the younger players and helped her play wherever the team needed her.

“She’s a Division I player that we had here at Harding,” Harris said. “We’ve played Emma everywhere except for goalkeeper … She’s really one of the more flexible players that we’ve ever had here.”

Harris said Roberts is leaving Harding having played more games than any other Harding women’s soccer player and has been well decorated with honors and awards.

“When you look at Emma Roberts, you know, you’re looking at a definition of Harding soccer,” Harris said. “Every time she went out and played she gave it her all. She was blue collar in her work ethic every single time. The threat of her, I think … struck a lot of fear in people. They had to scheme to stop her.”

“She gave it her all every game, and you don’t doubt that,” Miller said. “I think that just speaks to her character off the field, as well.”

Roberts said the most enjoyable parts about soccer were being creative outside the normal day-to-day routine and participating in healthy competition to improve.

“I’ve gotten to play with a lot of different types of players and a lot of players who have excelled in … different skills,” Roberts said. “Every player has their specific thing that they are the most talented at.”

Miller said the whole team is always helping each other, and the other teammates doing their jobs allowed Roberts to be the GAC offensive player of the year.

“Not one person can do it on their own,” Miller said. “If they could, it wouldn’t really be a team sport. It’s hard to get there by yourself.”

The Lady Bisons placed fifth in the GAC conference this year, and several of the players dealt with injuries during the season. Despite the rough year, Harris said they never griped or complained.

“I will not knock the effort of the ladies on the team,” Harris said. “I’m extremely proud of them and their effort and what they gave to this year. It wasn’t an easy year.”