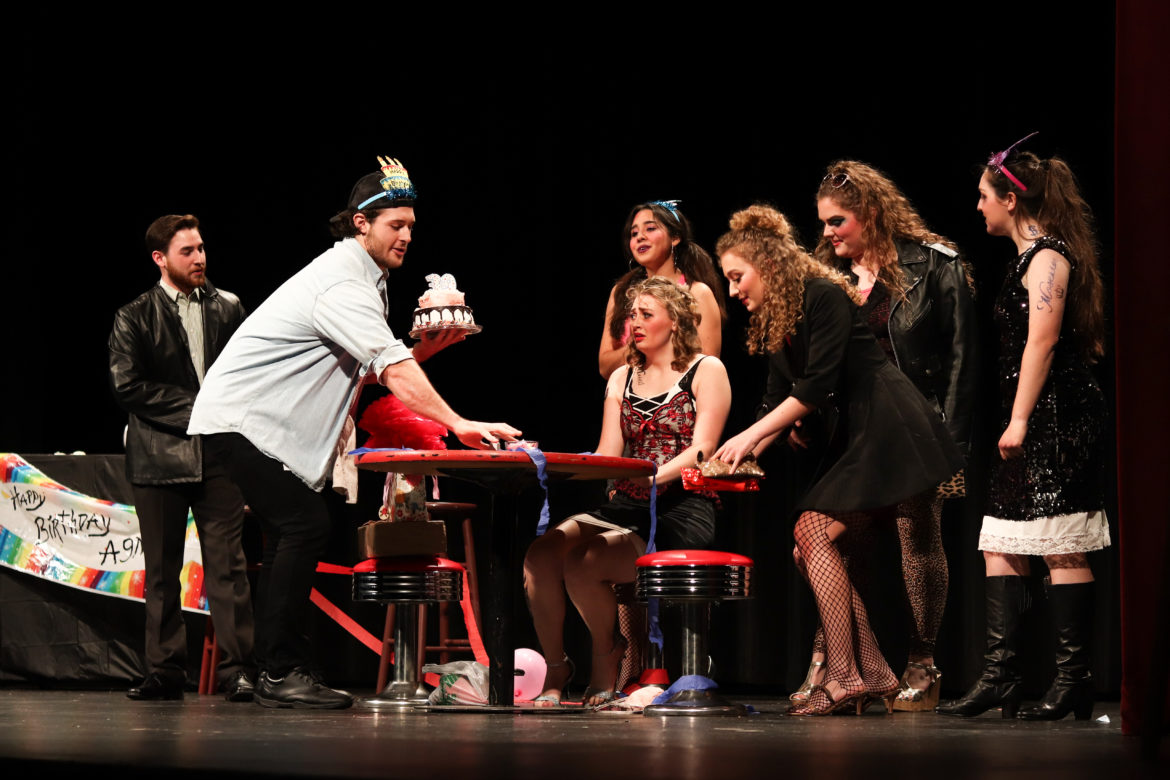 Harding’s midnight curfew (1:00 a.m. on the weekends) doesn’t allow on-campus students to experience late night parties in rooms outside of their dorm, but senior Cassie Chisum’s senior showcase play provided a glance into what a party after midnight can be.

Chisum wrote and directed a one act play called “Agnes’ Birthday Party,” which premiered Wednesday, Nov. 17, for it’s only night on stage in the Anthony and Wright Administration Building. The play is an adaptation of Tony Campolo’s, “Agnes’ Birthday,” true story of his experience in throwing a birthday party at 3:30 a.m. for a prostitute in Hawaii.

Chisum said she first heard Campolo’s story listening to a podcast this summer while she exercised in a gym, and the story brought her to tears.

“‘Everyone’s looking at me, this is awkward,’” Chisum said. “But, I knew at that moment this was a story I wanted to tell … it’s this beautiful [and] convicting story.”

Chisum’s goal in life is ministry, but her biggest passion is theatre and the performing arts, and she kept the two separate until she graduated high school when for the first time she was part of a play in a Christian environment. Chisum said she had a beautiful revelation when she realized she can combine the ministry and the performing arts.

Her time at Harding allowed her to practice this combination and equipped her to share the Gospel through theatre. To her, the Gospel does not always have to be shared through a Biblical story.

“She’s put a lot of meaning and depth into the story,” Shockley said. “There’s a big, Christian principle-meaning behind it that Cassie is trying to hit home, and I think she did very well. I’m excited [I was able to] bring her vision to life.

Junior Josie Holman played a friend of Agnes in “Agnes’ Birthday Party.” Chisum told Holman her plan for the play and the impact Compolo’s story had on her life before auditions, and Holman said she knew wanted to be a part of it after Chisum showed her passion for the story.

“I’ve gotten to see her progression as an artist and as a director,” Holman said. “Her grace, and her inspiration and creativity that she brings is phenomenal. I’m just so proud of her.”