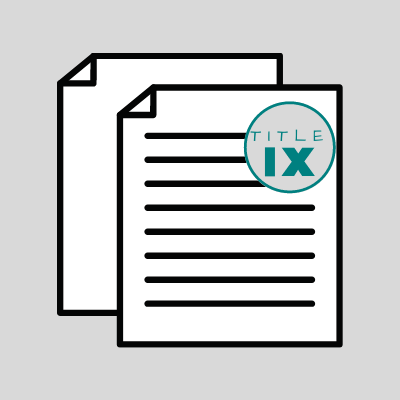 On Oct. 24, ProPublica published a lengthy report detailing the stories of over a dozen former Liberty University students, all of whom were discouraged by the university from sharing their stories of sexual assault. The school, founded by evangelist Jerry Falwell, reportedly ignored multiple reports of rape and sexual assault and threatened to punish accusers for breaking its moral code, former students said.

According to the report, three former students who have come forward recall signing forms acknowledging their potential violations of the Liberty Way after seeking to file a sexual assault complaint. Other students said they were warned against reporting altogether. Some students also said that Liberty University police officers discouraged victims from pressing charges after reporting assaults.

The Liberty Way, the university’s moral code, is similar to the code of conduct outlined in Harding University’s student handbook. The Liberty Way lists three community standards process options to enforce the honor code: restorative conferences, pathways and traditional sanctioning. Sanctions for conduct code violations are determined upon a point system of guidelines, ranging from a category of offenses worth zero to 30 points. Thirty-point offenses “may include a $300 fine, 30 hours of community service and/or possible dismissal or expulsion,” the student honor code on Liberty’s website states.

“Disruption to university community;” “possession or consumption of alcoholic beverages;” “violation of the Statement on Sexuality and Relationships (e.g. sexual immorality, including inappropriate personal contact, spending the night with a member of the opposite sex);” “refusal to submit to an Alco-Sensor test or substance use test;” and “procuring, financing, facilitating or obtaining an abortion,” are all listed under the 30-point category, among other offenses.

The Liberty discrimination, harassment and sexual misconduct policy includes an amnesty clause, which encourages complainant, witnesses and others to report prohibited conduct and participate in investigations of prohibited conduct. The clause states that the university will provide amnesty from policy violations related to the incident, including personal consumption of alcohol or other drugs or sexual immorality.

Scott Lamb, former senior vice president of communications at Liberty University, told ProPublica he was fired on Oct. 6 “for internally blowing the whistle on the university’s repeated failures to respond to concerns about sexual assault.” ProPublica reported that Lamb was filing a federal lawsuit alleging he was fired for bringing his concerns about Liberty’s conduct to light.

“Concerns about sexual assault would go up the chain and then die,” Lamb said. “[It was] a conspiracy of silence.”

The U.S. Department of Education’s Office for Civil Rights enforces Title IX of the Education Amendments of 1972 (Title IX). Among other things, Title IX states, “No person in the United States shall, on the basis of sex, be excluded from participation in, be denied the benefits of or be subjected to discrimation under any education program or activity receiving Federal financial assistance.”

Harding’s immunity clause was added to University policy in the fall semester of 2016, and was announced in chapel on Sept. 19, 2016.

“We respond with care in a timely manner while respecting the privacy of individuals,” Neal said in an email statement on Nov. 10. “We want all students to be aware of the Victim Rights handout, which includes the immunity clause, made available in the Student Life Handbook and online via Harding’s webpages at Student Life, Public Safety and the Counseling Center. Additional information can be found at https://www.harding.edu/titleix. We encourage all students to report any knowledge of dating violence, domestic violence, sexual assault or stalking.”

“The Office of Student Life is open Monday through Friday from 8 a.m. to 5 p.m.,” Neal said. “The Office of Public Safety is open 24/7 and remains in communication with Student Life deans including evenings and weekends. We want students to be and feel safe. Please feel free to contact me personally with any questions or concerns.”