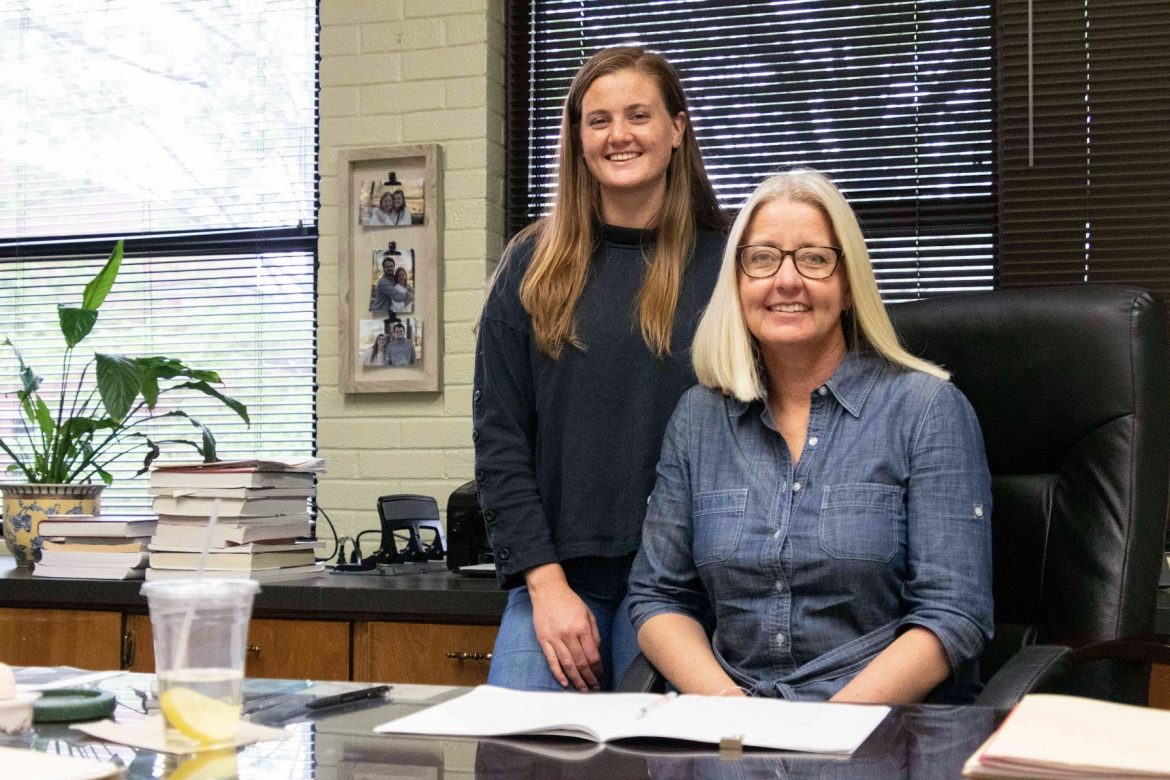 While many students enter their semesters knowing very little about their professors, this is not the case for some students who have had classes with family members.

Junior Elaine Helpenstill and sophomores Gracie Metheny and Davis Morgan have each had one of their respective parents as an instructor on campus, and they all said the experience gave them a new point of view.

“I’ve gotten to see another side to her that I didn’t know before … It also gives me an appreciation for how much it takes to be a college professor,” Helpenstill said.

Metheny enrolled in a personal finance course taught by her father Dr. Glen Metheny, associate professor of business. She said it was fun to have her father as her professor. She enjoyed her father becoming friends with her friends and telling stories about her that were relevant to the class. Unlike Helpenstill, who feels more comfortable asking questions in class with her mother as the teacher, Metheny said she felt like she was less open with her questions in the classroom setting with her father.

“For his class, I would try to do [classwork] on my own, and then if I couldn’t figure it out, I would approach him,” Metheny said.

Metheny also felt like her class was easier to understand because her father is a familiar voice that made class easier to listen to.

“Now, after being in his class and doing the homework and turning it in, it’s like, ‘Wow, you devote so much time out of the classroom to do things for us in the classroom,’” Metheny said. “That was something I never got to see before I came to college.”

Morgan, son of head basketball coach Jeff Morgan, plays guard for the Bison basketball team. Morgan said playing for his dad is a “unique and awesome” experience that not many other people have, and that he is “richly blessed” because of it. As the coach’s son, Morgan said there is a stereotype that he will act “cocky.” Morgan, though he has not experienced negativity from the team as the coach’s son, has always tried to distance himself from that stereotype by earning his position on the team.

Like Metheny and Helpenstill, Morgan has a greater appreciation for his father since he has seen how his father acts around the players.