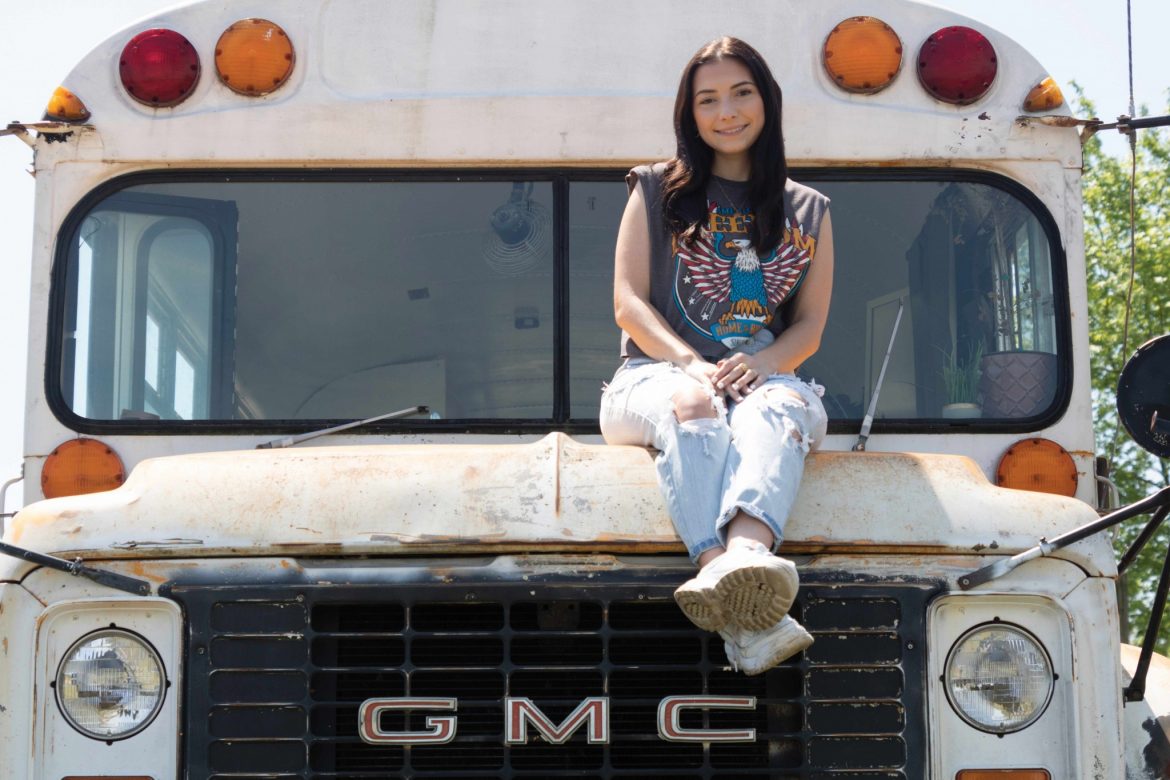 While most students on campus live in dorms or apartments, there are a few who have explored alternative living arrangements. Junior Ciara Roberts spends her free time renovating a bus she has named Sweet Willow in preparation for life after college.

Roberts said she looked to this living arrangement because renting is expensive.

“I had to work extra while at work to pay my rent, so I’m like, ‘You know what, let me do this, and I won’t have rent and it’ll be exactly like I want, and I like to travel during the summers, and I can do this in a different way,’” Roberts said.

Roberts said she plans to attend graduate school, so with this bus, she will have a home no matter where she goes.

Many people are drawn to the idea of “van life” because it provides a freedom that owning a home does not, according to alumnus Zane Fowler, who spent a summer living in an RV.

“Having the ability to take your home with you wherever you want gives you so many opportunities to do close to whatever you want, and living in a world now with teleworking and online school, you really could do whatever, wherever,” Fowler said.

While many people use RVs and vans, Roberts said she chose a bus for the durability and extra room. Senior Sam Westbrook, who would like to pursue van life after college, said there is a large online community for people who choose this lifestyle.

“There’s a lot of people who are more like me, who just kind of like the idea of doing it, and then there’s an actual community of people who have done it,” Westbrook said.

Roberts has been working on Sweet Willow since she got the bus in July 2020 and has been living in the bus since November.

“I would love to have it finished before winter because living in it with it unfinished this past winter was pretty miserable,” Roberts said.

Senior Miles Tumbleson, who is currently living in a van, said the hardest things to get used to were the cold in the winter and the constant noise.

“Waking up in the morning when it’s cold is very difficult,” Tumbleson said. “If there are any loud cars that drive by or if it rains or anything that’s remotely noisy, it usually wakes me up.”

Despite the difficulties, Fowler, Westbrook and Roberts all said it is an overall enjoyable experience.

“My favorite part [of renovating the bus] is just doing the designing and getting other people’s perspectives and seeing the maximum potential for the bus,” Roberts said. “Anyone can do it — I really believe that — and there’s always people who are willing to help because it’s such a cool project.”