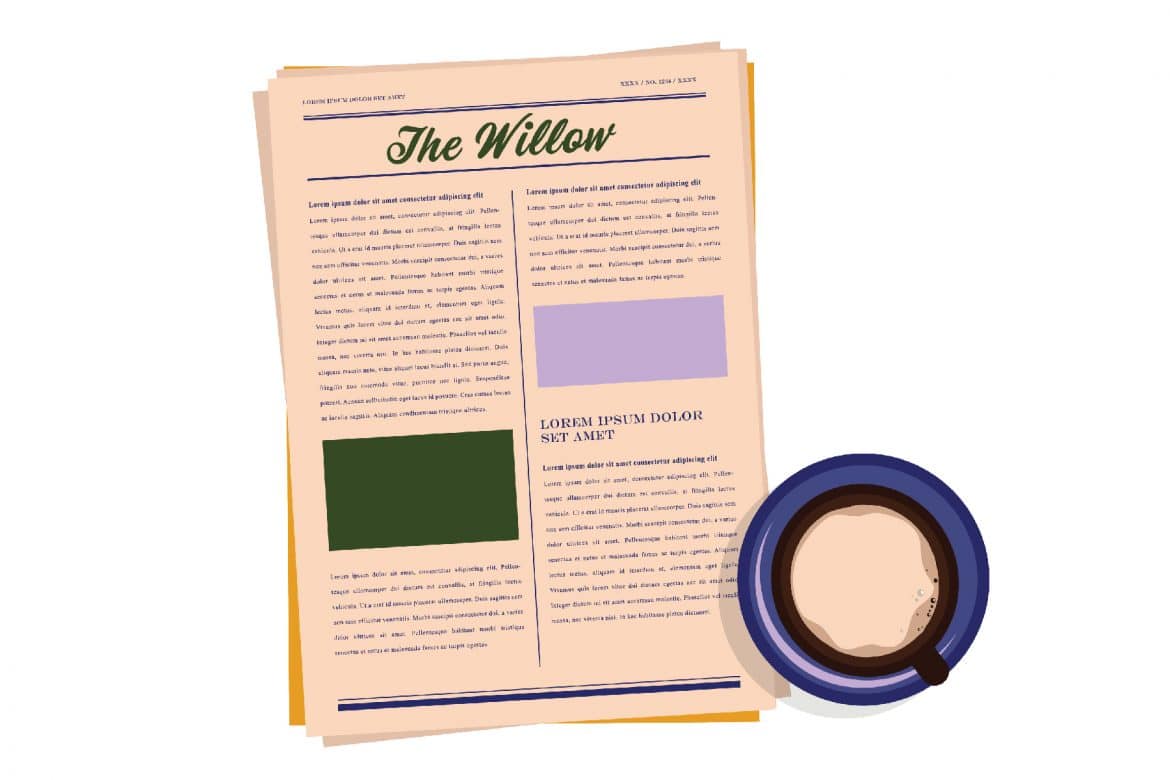 Delta Nu’s Spring Sing directors, juniors Maddy Hall and Bonnie Ritchie, pitched the idea, and members of Delta Nu wrote, edited and designed it to advertise their Spring Sing show. The idea came from the finale of Delta Nu’s Spring Sing show, which is from the Walt Disney original musical “Newsies,”  a musical about paperboys selling newspapers during the New York City Newsboys Strike of 1899. Hall and Ritchie wanted to incorporate the theme of newspapers in their show, so the idea became a way to creatively advertise to the student body.

“Everyone in Delta Nu is so creative and has so much to show the world with their art,” Ritchie said. “Why not put it all together and make an actual newspaper? [We put together] something that is helpful for Spring Sing but also shows the abilities and talents of Delta Nu at the same time.”

Hall and Ritchie sent a Google form to members of Delta Nu to sign up and submit poetry, opinion articles and photography.  Junior Caroline Birdwell, a member of Delta Nu, served as The Willow’s editor and put the paper together. All proceeds raised from the paper will go toward the club’s Spring Sing show next year.

“There are probably 10 or 15 people involved,” Hall said. “A lot of people [submitted] a couple of things. I’m most excited about a crossword puzzle. Our friend Emma put in a really funny crossword, and I’m really excited about it.”

The six-page paper will be distributed during the week of Spring Sing. A Google form is available to sign up to receive the paper for $5, and it will be delivered to on-campus mailboxes for those who request to receive one. The directors also hope to distribute and sell papers in the Student Center the week after Spring Sing.

Members of all different backgrounds and majors came together to create this one-of-a-kind paper and show off the social club’s creativity. Junior Alexandra Wisner wrote an article about the video game “Skyrim” that will be featured in the paper. Film photography, graphic design and art from women who are passionate about their creative outlets will also be featured throughout the special edition.

“I’m excited to get to read it and see how many other people were involved,” Wisner said. “I really liked the idea, [and] I think Delta Nu has a lot of creative people who got to show off that side of themselves with the paper.”