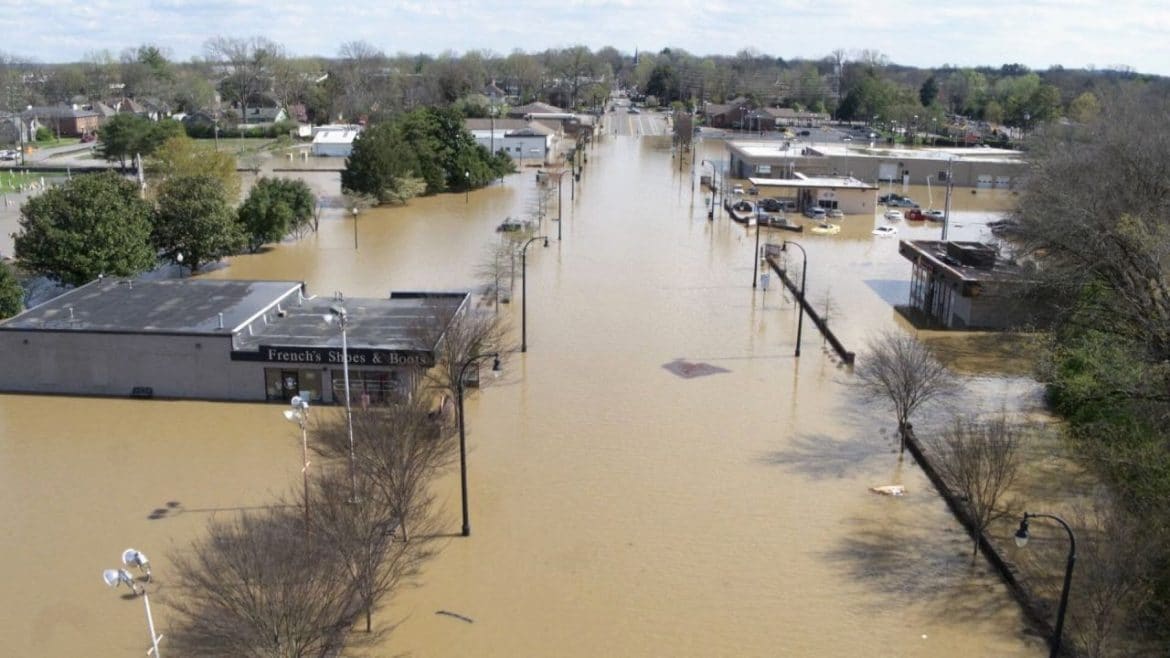 Middle Tennessee residents have recently experienced floods due to inclement weather — well over 100 people were rescued from their homes with six dead. The flooding is marked to be the worst in Nashville’s history, along with the tornadoes from last year.

A series of tornadoes moved through Middle Tennessee in March 2020, devastating Nashville and Cookeville along its path. The storm traveled through 100 miles of the state, leaving a trail of destruction in its path. The sometimes 175 mph tornadoes killed 25 people, five of whom were children. Now, almost a year later, students and Nashville residents reflect on the inclement weather and devastation their communities have faced in the past year.

Senior Mallory Mackie is from Cookeville, Tennessee, and knows many families in the community who were affected.

Mackie recalls seeing a missed call from her mom after a class, calling back and hearing news that her youth minister’s daughter was missing after the tornado destroyed their home last year.

“Within an hour we had found out that [my youth minister’s daughter] was dead,” Mackie said. “It was just very shocking, like, ‘Woah, okay.’ Exactly what I thought would never happen, did.”

Mackie said the devastation after the storms had passed was a complete shock for a city that is not used to that type of storm. With the immediate shift to lockdown, she said the city felt like there was no stop.

In the year since the tornadoes, many communities have been working to put together pieces of their lives amid the COVID-19 pandemic. Sophomore Ellie Fox is from Old Hickory, a Nashville suburb, where the storms hit hard.

“I went home the weekend after the tornado, and that Sunday we still didn’t have electricity at the church, so the only light was from the windows,” Fox said. “That was an eye-opening experience for me because I realized how small of a change that was for me, considering the families affected by the tornado had everything changed and taken from them in a moment.”

Fox described the months after the storms, when the pandemic forced people into lockdown and the way the community continued to work on their city. She said there were drives for food and clothing all around the Nashville area for those affected by the storms.

“I saw a moral change to the town in the continuous selflessness of the people,” Fox said. “COVID caused businesses to shut down and many people to lose their jobs in the Nashville area, but even [then] people still gave what they could and more.”

While the surrounding communities joined together for support, people from other places in the country were flocking to help. Sophomore Peyton Shannon went with a group from Searcy’s College Church of Christ to help those in Cookeville.

“Everywhere you looked, there was trash, tree branches, scraps of metal, anything you could think of,” Shannon said. “Not only was it hard to look at, but we didn’t feel helpful because it seemed never ending.”

The group that Shannon was a part of stayed for seven days worked through different parks, homes and school grounds in the area. She described the week as incredibly emotional for all those involved.

The greater Nashville area has seen devastation in the past year, from natural disasters to domestic terrorism. Fox, Mackie and many of those from the area entrust the resilience of the community to continue to heal with each other.