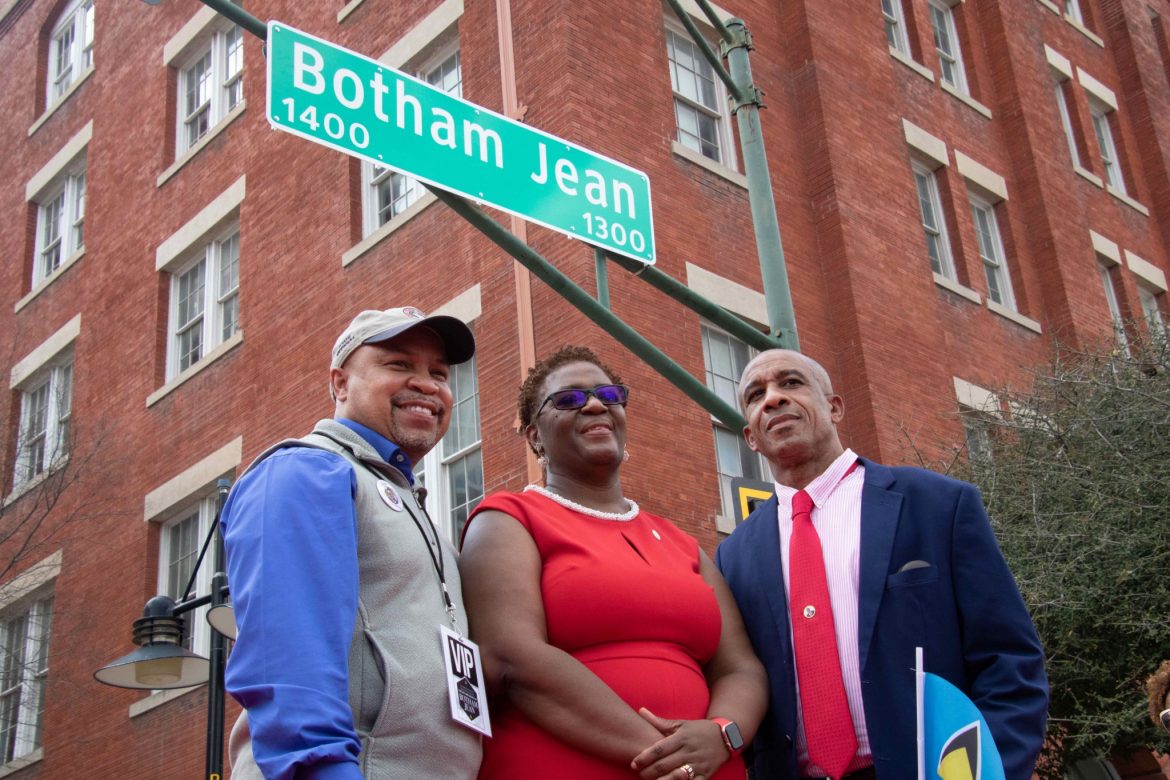 The city of Dallas dedicated a street to honor Harding alumnus Botham Jean Saturday, March 27, and many campus members — as well as friends, family and Dallas citizens — attended the event in honor of Jean.

The portion of the street that has been renamed includes the Jack Evans Police Headquarters, which Jean’s mother, Allison Jean, said is a powerful tribute.

“Every single Dallas police officer has to say his name,” Allison Jean told a reporter for CBS news on Friday. “‘Yeah? Where do you work? What’s your address? 555 Botham Jean Blvd.’ They will say his name.”

The city decided to dedicate the street in early January 2021, and the Botham Jean Foundation has been working on the ceremony since. The foundation was started after Jean was shot and killed by a former Dallas police officer in his home in 2018. The foundation serves to continue the missions that Jean supported during his life, including a children’s home in his native Saint Lucia, which is in the Caribbean.

The ceremony included speakers from Jean’s church in Dallas, his mother, sister and several civil rights activists. The speakers focused mostly on the goodness that Jean showed in his life and the way in which he has impacted the world.

“The city of Dallas mourns with you,” Johnson said. “We honor your son’s legacy, and hopefully this is just a small demonstration of how we feel about the contributions that your son made in the very short period of time that we had him here.”

People from all over the country came to witness the dedication, including students, faculty and staff from Harding and the Good News Singers group. The group performed during the ceremony as a memorial for Jean’s love for music.

Jessica Berry, an admissions counselor for Harding, was among those who attended. Berry is also the daughter of one of the speakers, Sammie Berry, the preacher for the congregation Jean attended in Dallas.

Berry described the ceremony as a somber celebration of all of the different parts of Jean’s life. Those who attended, online or in person, were given a glimpse of the impact of Jean’s life while witnessing a memorial to him.

“One word to use is ‘bittersweet,’” Berry said. “We were excited to see Botham’s name on the street, and we could reminisce on all the good he attributed to the world and Dallas. Yet, it reminded us that we lost a really great man.”