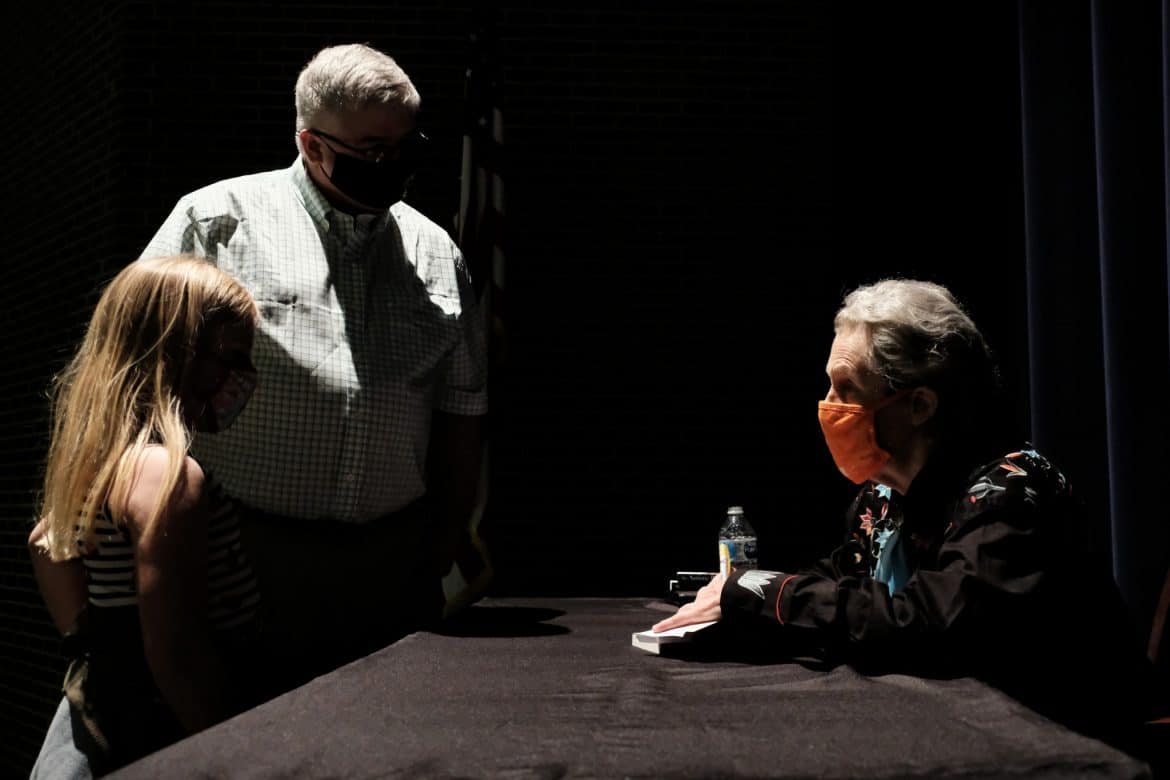 Grandin is an American scientist, activist for autism and author of over 60 scientific papers on animal behavior.

“She is a part of the American Studies Distinguished Lecture Series, and every year we bring experts to campus whether they be authors, educators or world leaders,” ASI Executive Director Kim Kirkman said. “[Grandin] is a very interesting person. She has a lot of different accolades: She is autistic, a professor at Colorado State University in animal science, and has several books about autism and animal science. She has developed a theory for cattle when slaughtered: When cattle are stressed, the meat is tough, but when they are calm, the meat is tender.”

Grandin has influenced and encouraged people by telling them they can be successful with the mind they have.

“Grandin opened many doors for special education teachers because she is autistic and she is able to articulate what it feels like to be autisic,” assistant professor of education Lisa Bryant said. “I have been fortunate enough to see her speak three different times, and she is so fascinating because of the way she thinks in pictures. But for me, I use her in my classes so people understand how [to] interact and teach kids with disabilities. She is an amazing advocate, and there is even an HBO movie about her life for those who want more information about her.”

ASI advertised around campus and encouraged students to attend. One student who attended, junior Hannah Arnold, was inspired by Grandin and connected her story to Arnold’s role as a future educator.

“I’ve known about [Grandin] for a while now because of a class I took last year,” Arnold said. “She’s inspiring to me because, as a future educator, I know there are different needs I will have to meet for my students, and she was able to voice that in a way I had never heard before.”