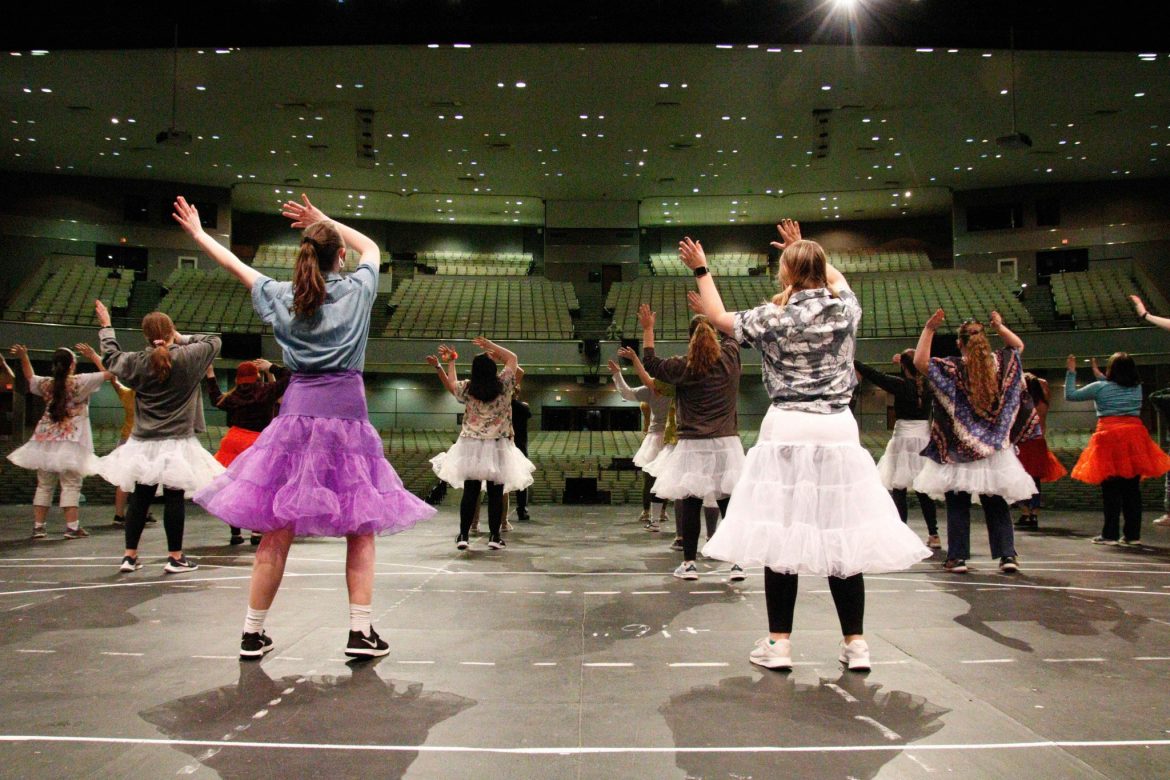 Dr. Steven Frye, director of Spring Sing, announced Tuesday that this year’s show, “Twice Upon a Time,” will now be open for the public to attend.

The Arkansas Department of Health approved a live audience to attend at a limited capacity with campus COVID-19 guidelines in place. Spring Sing will be held April 15-17 in the George S. Benson Auditorium.

Audience seating will require masks and social distancing and will allow family groups of two to six people to sit together, allowing approximately 900 people to attend each performance, Frye said in his email.

“The impact of live theater is immediate,” Frye said. “You can watch a television show, and some people will yell and scream at a TV screen, and it doesn’t change the product at all. But if you cheer [for] the people that are on stage, it enlivens them [and] it makes them better performers. There’s a synergy between audience and performers that’s there in live theatre that you don’t find anywhere else.”

Sophomore Jaclyn Hood is performing this year with women’s social club Pi Theta Phi and men’s social clubs Theta and Gamma Sigma Phi. Hood originally planned to perform in this show last year, but was unable to after 2020’s Spring Sing was canceled. Hood said, while she still has some reservations, she is excited to have friends and family attend and to experience the show with a present, live audience.

The University typically has a live audience of nearly 12,000 people for Spring Sing, Frye said. This year, Harding will have about 3,600 audience members total. Frye said he talked with the health department about opening Spring Sing to the public after the Harding administration requested the exploration of the possibility of an audience. Frye said he believed the administration was interested in allowing families to see their children perform live.

Senior Valentino Warren, a Spring Sing director for men’s social club Omega Phi, expressed his excitement when he first saw the email announcing the live show. He said that he immediately called his parents, who were also excited about the opportunity to see their son’s show in person.

“When I heard the show was going to be live, I thought, ‘Yeah, we can pull this off,’” Warren said. “I think we are very much capable of making sure everyone comes to see the show very safe, if we follow our guidelines and keep everyone distanced. This shows our tenacity to keep moving forward even when we’re put against the wall with guidelines.”

Frye said this change will create more work for him and his team as there is now more planning involved for the show, though the arrangements will all be worth it.

The addition of a live audience will not impact the preparation process for social clubs as they are still required to follow the same COVID-19 protocols as before, Frye said. Due to the COVID-19 restrictions, limited audience members and the option to livestream, this year’s performance will still be different.