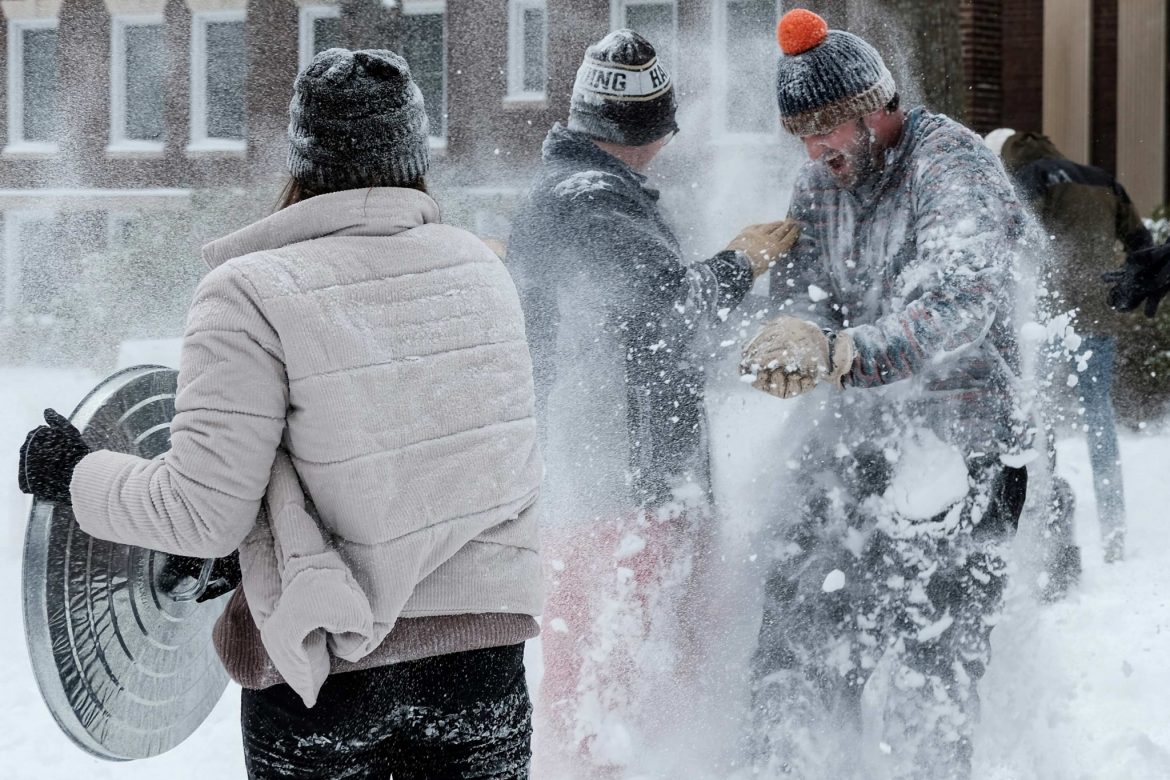 Harding’s students come from all over the country and world. While many students experience cold temperatures in their home area, some students had their first encounter with such conditions during the recent winter storm.

Junior Moses Rivera is from Longmont, Colorado, where snow seasons last from October until mid-spring. Because of this, Rivera said he is no stranger to the cold.

“The most intense snow I’ve ever experienced was a while ago when I was in elementary school,” Rivera said. “I remember it was a pretty intense blizzard that lasted a couple of days and, at the end of it, we had about 3 to 4 feet of snow. We have a picture of me and my brother in the snow with our heads barely poking out of the top of the snow.”

While Searcy did not accumulate multiple feet of snow, some Arkansas locals were still shocked by the amount of powder they witnessed.

Many Floridians were previously unacquainted to the icy elements. Coming from Winter Garden, Florida, junior Lindley Davis experienced one of her first snow days.

“It was fun getting to have my first ‘snow day’ and be off school to just enjoy the snow and have fun with friends,” Davis said. “When it started snowing Sunday afternoon, I immediately had to go outside and stand in it and feel the snow falling. It made me so happy and so excited that I couldn’t do any homework.”

Davis said that while she was not the most prepared for the winter conditions, she still enjoyed the snow days a lot.

“Being from Florida, I’m not always prepared for the cold weather but am like a kid on Christmas morning looking out my window in the morning and seeing the white snow cover everything in my sight,” Davis said. “This Florida girl loves the snow.”

Freshman Britney Njeri, who is originally from Kenya, said she enjoyed her first snow experience. Njeri said that Kenya did not have seasons, meaning she had not experienced the cold elements very much.

“It’s one of those moments I cannot fully explain because it was just more than beautiful,” Njeri said. “I love opening my window blinds when I wake up, and it’s so serene. But on Monday, I was beyond cheerful after seeing the snow outside. It was falling heavily, and I think that is the most beautiful thing.”

Many students also participated in a campus-wide snowball fight on Monday, Feb. 15, which garnered a lot of participants through social media posts by social clubs on campus and the Campus Activities Board.